Thought for the day:  Did you hear what happened in Nebraska the other day? The wind stopped blowing, and everybody fell over. 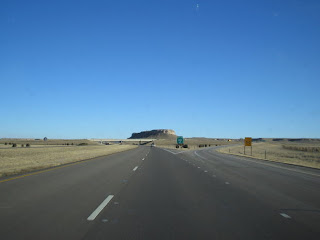 Yeah, Nebraska is pretty darned flat, so I reckon the wind whips around pretty good there. So do tornadoes. Matter of fact, I read somewhere that when the tornado sirens go off in Nebraska, the locals simply climb up on their roofs to get a better view.

But there's a whole lot more to the state than that. I mean, a state with such diverse claims to fame as the origins of Kool Aid, Arbor Day, the Reuben sandwich, and strobe lights obviously has some more surprises up its sleeve. How about the National Liars' Hall of Fame? Would you believe the biggest and best live chicken show in the world? A horse race track called Aksarben? (Nebraska spelled backwards.) If you look at a map of Nebraska, maybe you'll be as surprised as I was to see that most of the counties are square or rectangular in shape. (No gerrymandering there!) Okay, if none of those things surprised you, how about this? South Bend holds an annual Testicle Festival. There, now, that got your attention, didn't it? The city claims to serve more testicles than anyplace else in the world. That's nothing to sneeze at. Which reminds me ... the state flower is goldenrod.

Okay, let's take a look at some pictures, shall we? 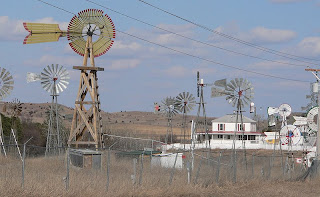 With all that wind, it should come as no surprise that you'll see a bunch of windmills in the state. But you'll see the BIGGEST bunch of them at Second Wind Ranch, near Comstock. (Dontcha love that ranch's name?) With 125 water-pumping windmills, this is believed to be the world's largest grouping of wind mills in a single location. 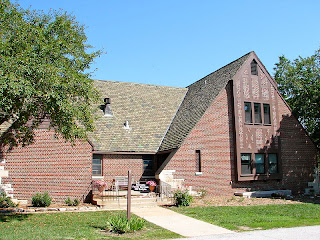 Bet you've heard of Father Flanagan's Boys Town. Now you can say you've seen a picture of it, too. 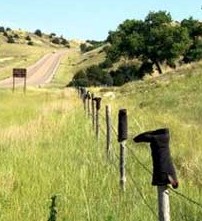 Ever hear of a shoe fence before? Evidently, when a fence post is put up, people sometimes put something ... anything ... on top of it to protect it from the elements until a more permanent sealant can be applied. Makes sense. Presumably, that may be the reason the first shoe was jammed onto one of these fence posts. Then, it kinda took on a life of its own. Now, miles and miles and miles of fencing alongside Highway 26 between Northport and Ogallala is adorned with upside down shoes and boots. 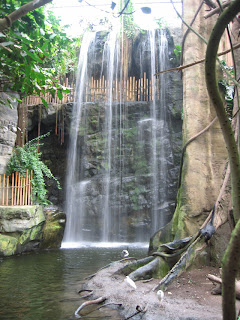 Lied Jungle, part of Omaha's Henry Doorly Zoo, is North America's largest indoor rain forest, filling a building 80 feet tall, and covering an acre and a half of greenery, water, and wildlife. 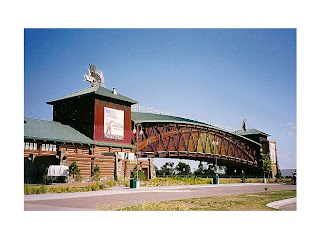 The Great Platte River Archway Monument, named one of the country's top ten museums for kids by the Miami Herald, contains displays and hands-on activities showing the lifestyles and hardships of the American pioneers. And it arches right across the highway. 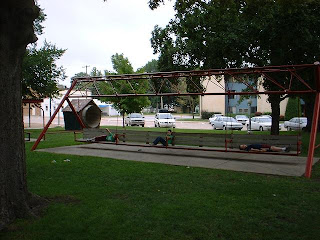 A Hebron, Nebraska park boasts the world's largest porch swing. It's supposed to seat twenty-five adults, which is kinda cool, but ya know,  it's hard enough to put two people on a swing who like to move with the same rhythm ... 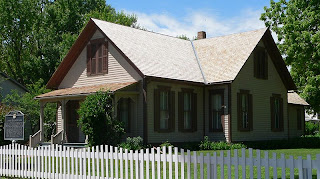 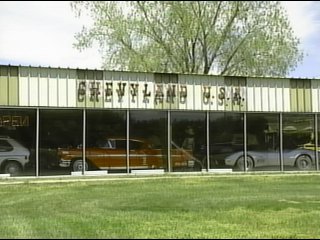 How about THIS? Chevyland USA, located in Elm Creek, contains more than 110 different Chevrolets of all vintages, either restored or in original condition. 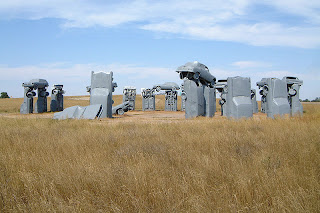 Talking about cars, now THIS is just too cool. This is Carhenge, a unique place that uses thirty-eight automobiles, spray-painted gray, to replicate Stonehenge. 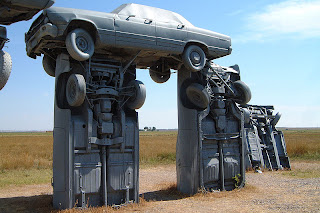 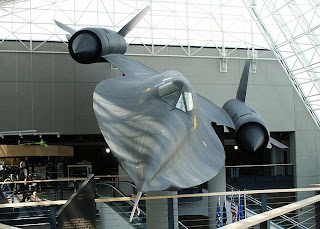 One of the many planes inside the SAC Museum is this SR-71 A Blackbird.

The University of Nebraska's Morrill Hall, AKA Elephant Hall, contains the world's largest collection of woolly mammoth fossils. Not something you'd associate with Nebraska? Me, neither. But in fact, mammoth fossils have been found in almost every one of Nebraska's counties, and the largest mammoth fossil in the world was discovered in Lincoln, home of the university. 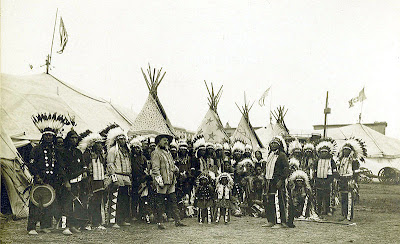 Now, THIS, I'll bet you associated with Nebraska. Good ol' Buffalo Bill's Wild West Show. The show has its origins near his ranch in North Platte.


Care to take a tour of the Buffalo Bull Cody Museum? The diarama is amazing:

Okay, our virtual tour is over. Now, it's time to take a look-see at some of the old forgotten laws still languishing on the books in the fine state of Nebraska.

***  McDonald's merits a mention in this week's weirdness, but it isn't because of anything the food chain giant did this time. It's because of something a woman from Nebraska did with a leftover morsel of Mickey D's food, and a three-year-old morsel, at that. When her children didn't eat all their McNuggets three years ago, she noticed that one of the leftover pieces looked like George Washington. So, she kept it. (At least she kept it in her freezer.) Recently, to support a fund-raising effort for a church camp, she and her husband decided to list McWashington on e-bay. Sold it, too. For the whopping sum of $8100. Makes me wonder how much money my daughters-in-law have missed out on by throwing away the kiddies' scraps. 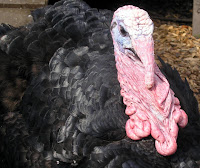 ***  The ill effects of bullying have been getting more attention in the media recently. But this case of bullying is a little out of the ordinary, because it's happening to a 69-year-old woman in Michigan ... and she's being bullied by a bird. A BIG bird. No, not THAT "Big Bird." It's a 25-pound turkey who lives in the woods beside her property. That nasty critter struts around her yard as if he owned the place, and attacks her whenever she dares to venture outside. It's gotten so bad, the poor woman has to sneak out of her house in the wee hours of the morning to escape Big Tom's wrath. Seems to me, she needs to show that beast who rules the roost around there. After all, November ain't the only month for turkey dinners.

***  Indian car designer Sudjakar Yodav has a reputation for unusual designs, but his recent creations are simply "auto" this world. In honor of International Women's Day, (March 8 ... who KNEW?) he's come up with vehicles shaped like a stiletto heel, a tube of lipstick, and a makeup compact. Weird, huh? (I mean, for Heaven's sake, WHO uses a compact anymore?) 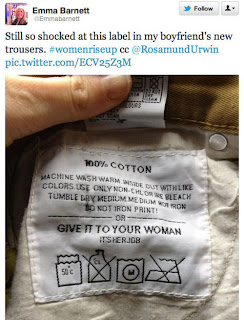 ***  International Women's Day, huh? What do you think of this label British journalist Emma Barnett found in her boyfriend's britches? In case you're having difficulty reading it, after the usual washing instructions, it says, "OR GIVE IT TO YOUR WOMAN   IT'S HER JOB."