Thought for the day:  There is an unseen force which lets birds know when you've just washed your car.  [Denis Norden] 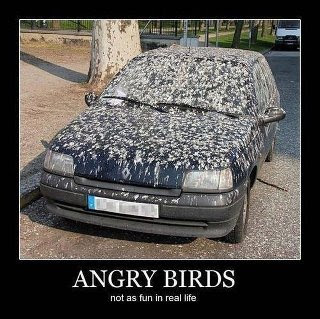 Yeah, so maybe there are a few drawbacks to having a passel of bird-filled trees in your yard. (Especially if they're mulberry trees.)

I thought of something else pet birds taught me: One of my aunt's parakeets could hang upside down from its perch like a bat. It was the darnedest thing... 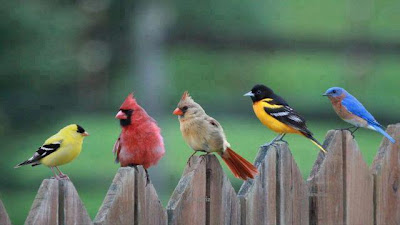 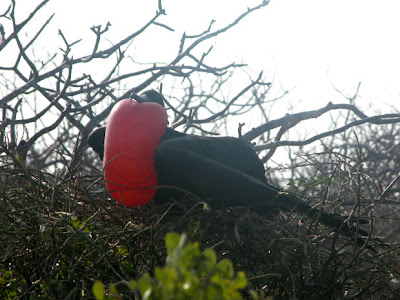 The male frigatebird has a red inflatable  throat pouch, which he puffs up to attract a mate. If he gets rebuffed, I guess that deflates his ego and pouch. 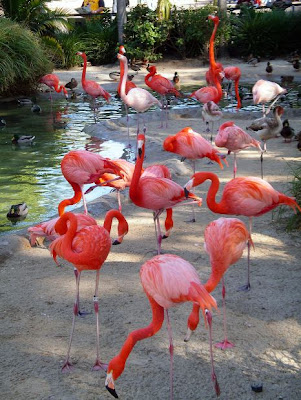 Flamingos can only eat when their heads are upside down. (How can they swallow?) 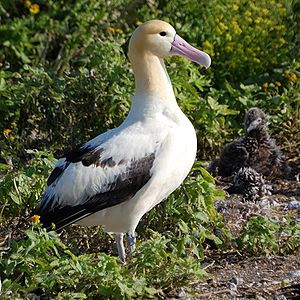 The albatross, AKA goony bird, can sleep while in flight. He goes into snooze control at about 25 MPH.


Talk about miles per hour, which bird do you think is the fastest flyer? Most sources say the peregrine falcon holds that title, and can reach a speed of 200 MPH. However, I read one report of a spine-tailed swift flying an astonishing 220. At any rate, how'd you like to get a vicarious thrill? This video allows you to experience flight with a peregrine falcon and a gos hawk. Pretty doggone cool! 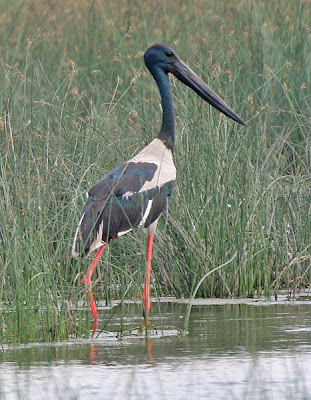 Did you know storks have no voice? That's because, unlike other birds, they don't have a syrinx, the usual sound-producing organ. They do, however, bang and clack their bills together as a means of communication. (Looks like avian sword-fighting...) 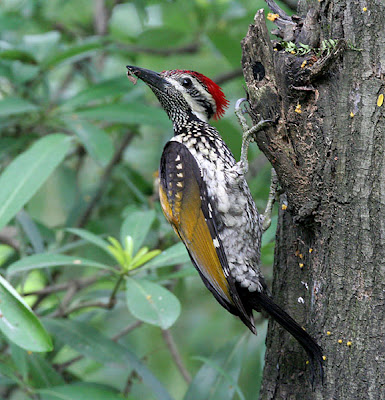 Don't ya love the sound of a woodpecker at work? Unless, of course, he's a much earlier riser than you are... and he's hammering on your gutters, or fiberglass boat. Would you believe woodpeckers can peck up to twenty times per second?! 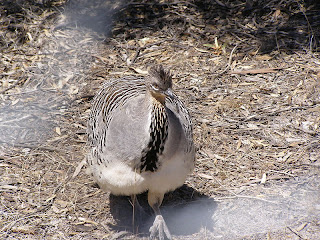 The fine-looking malleefowl lives in Australia, and I guess you could call this bird a real environmentalist. He composts. Sorta. The female lays her eggs in a nest built of rotting vegetation, and the decaying process keeps the eggs warm. Papa checks the temperature often, and adjusts the pile as needed to maintain the warmth.

The catbird is a talented bird, who can imitate... Wait! Not THAT catbird... 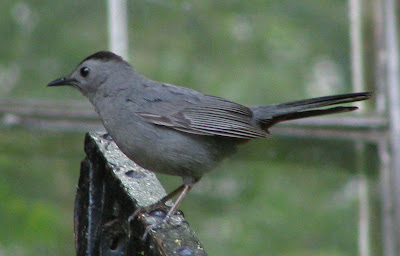 This catbird imitates other bird calls, and can even meow like a cat. 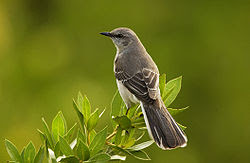 As can a mockingbird, who has quite an impressive array of sounds and songs in his repertoire.

And here's the mighty bald... er, wig-wearing bald eagle. One of the more majestic birds, (without the toupee) most people are well aware of this bird's flying, swooping, and hunting capabilities, and of its great strength. 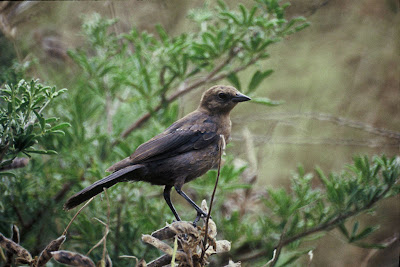 This guy is a cowbird. No, cowbirds  don't moo like cows, but they are cow groupies. They hang out with cattle, because moving herds stir up a mess of fresh cowbird food — insects. Because cowbirds stay on the move, they don't bother to build a nest. They share the nests of other birds. When the female sees an unattended egg-filled nest, she simply lays her little ol' eggs in there, too. She doesn't abandon her young entirely, though. She returns from time to time to observe, and if the other bird shoves her eggs out of the nest, well then, she may just have to retaliate by pushing the other eggs out, too. 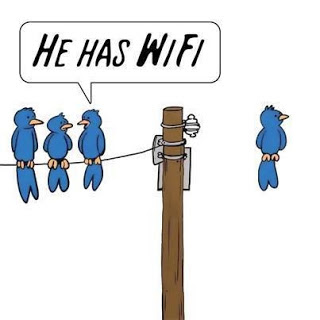 That's about it from me. This barely even skims the surface of all the fascinating things there are to know about birds, and I'll betcha you could all add something. Like, anybody know about turkeys? Ben Franklin seemed to think they were intelligent birds, but I've read stories about them being so dumb they look skyward when it rains... and (bless their little hearts) drown. Izzat so?

And have you ever wondered why female blue jays don't have subdued coloring, like other female birds? I don't know if that's the case for any other species of birds; do you?

So, what have you got to add? Ever have any pet birds? Could they talk or do tricks? Do tell.

This is gonna be my last post for quite a while. I know a lot of you will be participating in the A-Z Challenge during the month of April, and I wish y'all a lot of fun with it. Not me. Not this year, anyway. Gonna take the month off and tend to some other writerly stuff. But I'll be around. I'll try to visit some of your blogs from time to time, and see how you're doing. If you leave me a comment here, I'll certainly respond, or if you want to get in touch with me, just use that little Email me thingie in the sidebar, and I'll get back to you.

In the meantime, if ya miss me, (and Johnny Carson) just watch this video... that myna sounds a little like me!

[Images come to us courtesy of Wikipedia, Seniorark, and Morguefiles.]