Thought for the day:  Doing a book signing tomorrow at Barnes & Noble. Bring your own book... I haven't written one yet.  [Daniel Tosh] 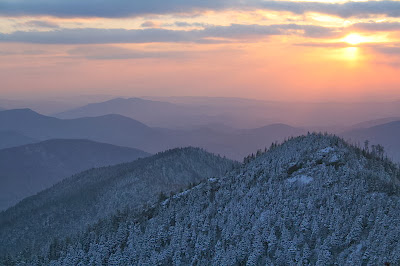 Until earlier this week, we were visiting Murphy, North Carolina, a smallish town in the Great Smoky Mountains. Talk about an ahhhhhhh experience. Just gorgeous. But we weren't there just to see the sights, and we didn't do any fishing, either... not for fish, anyway.

I was fishing for readers. 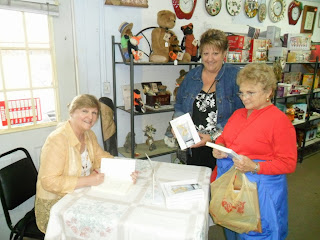 At a book signing!!!

I remember the days of sitting at book signings, playing with my pen when no one would come, and still I even then thought I was living the dream, because I had a book out.  [Harlan Coben] 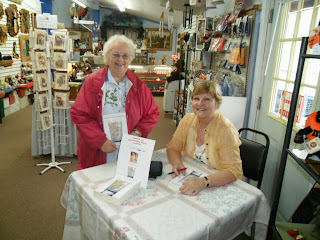 This lovely lady bought TWO books... one for herself, and one for her daughter's birthday. (And she'd already read a friend's copy, so.. woo HOO!... she knew exactly what she was buying!) 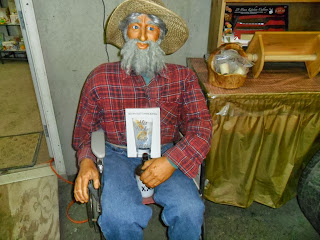 Unlike this crusty ol' moonshiner. He grabbed a copy of my book mighty quick-like, but I think his eyesight needed some adjustment. He kept calling the book Hot Batches and Cold Lemonade. Could be he thought it was some kinda (ahem) recipe book?

Bottom line, we had a terrific time. The day of the signing, it poured down rain, so there wasn't exactly a long line of people chomping at the bit to get my John Hancock. But that's okeydoke by me. We met some really nice people, and we spent a few days with good friends. It doesn't get much better than that. 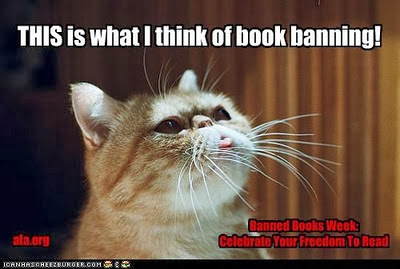 Now that we're home, I can't ignore the fact that this week was Banned Book Week. Since 1982, the American Library Association has used the last week in September to make the public aware of attempts to restrict or remove books from libraries and school curricula.


There are worse crimes than burning books. One of them is not reading them.  [Joseph Brodsky] 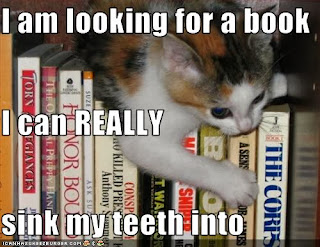 By lodging a formal challenge to reading material based on their own personal objections, certain individuals and groups aren't just expressing an opinion; they want to restrict our access to that material. They want to impose their beliefs on the rest of society, and thereby pose a threat to our freedoms of speech and choice. (Da bums.)

Believe it or not, many books now considered classics were banned at one time. Books written by some of our most beloved authors.

Of the nearly 500 challenges lodged this past year, these are the top ten targets:

Know what I think? I think we should all make an effort to read at least one book from this list. 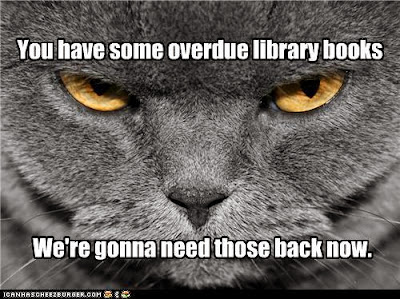 And on the subject of burning books: I want to congratulate librarians, not famous for their physical strength or powerful political connections or their great wealth, who, all over this country, have staunchly resisted anti-democratic bullies who have tried to remove certain books from their shelves, and have refused to reveal to thought police the names of persons who have checked out those items.

So the America I loved still exists, if not in the White House or the Supreme Court or the Senate or House of Representatives or the media. The America I love still exists at the front desks of our public libraries.  [Kurt Vonnegut, A Man Without a Country]

[Thanks to the fine folks at icanhascheezburger for granting me permission to use their images.]
Posted by Susan Flett Swiderski at 12:34 AM