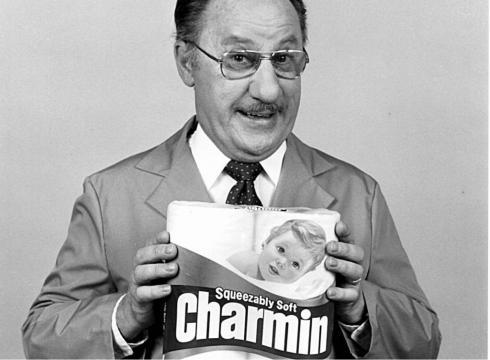 Thought for the day: Patience is a virtue; keep it if you can. Seldom found in women, and never found in men. [unknown] 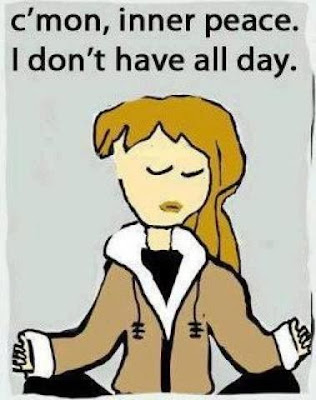 That thought for the day is something my mother used to recite fairly often. Whether or not that helped me become as ridiculously patient as I am now or not, I don't know. But maybe. Or maybe it's simply because of my training. You know...kinda like a dog who's forced to sit still with a treat sitting on his snout until his owner gives him permission to eat it? When there is no other option, you darned well learn how to be patient.

My mom was fairly patient, but my father was always a gnat hair's breadth away from exploding in indignant fury. He didn't want to wait for anything... ever. I do remember one kinda funny result of that, though. One year, my mother bought him an electric razor for Christmas, and when he opened it on Christmas morning, lo and behold, there were already whiskers in it! He'd found the hidden razor weeks earlier and had been using it right up until my mother wrapped it. (I guess he musta liked it, huh?)

So are you the patient type? I think most mothers pretty much have to be, what with all the countless hours of waiting they have to do for their kids' appointments and activities. We older folks, too, what with all our trips to various doctors. Smarticus was never the patient type, but since his medical stuff started, he has little choice. When you've got all those appointments and procedures, week after week after week, you either learn to be philosophical about the endless waits and the not knowing, or you do yourself more harm by letting it get to you. We've learned to be more patient together. Right now, we're patiently waiting (And I ask you, why isn't HURRY THE HELL UP  a virtue???) until we finally get results. Maybe next week... maybe not. At any rate, why focus on what's yet to come? It's better to make the most of THIS day, dontcha think? Que sera sera.

How do you think you'd do with THIS test of your patience?


Let's take some more looks at the funny side of impatience, shall we? 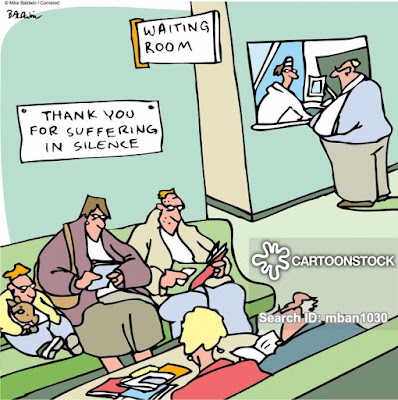 Do you suffer in silence? We don't. We might be patient, but we're also yakkers, and we usually get the people around us talking, too. And the little kids giggling. 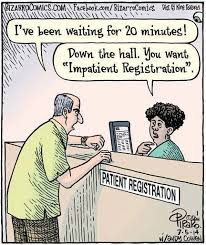 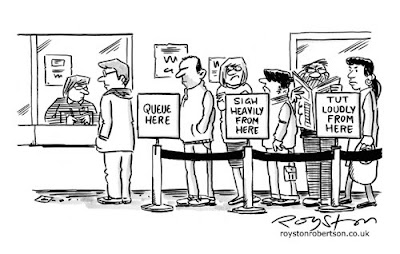 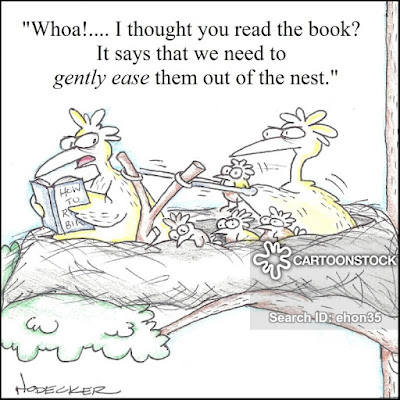 We never had to push (or slingshot) our kiddos out of the nest, but I'm not surprised by the number of parents who do. I mean, when Johnny's old enough to invite his lady friend... and her children... over for the weekend, he's old enough to get his own place. 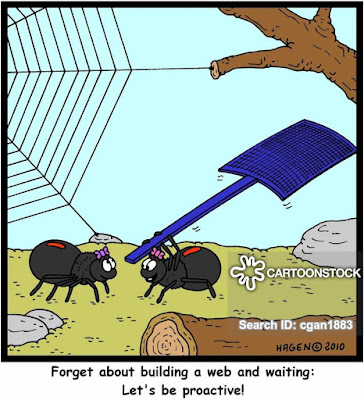 This one reminds me of a poster Smarticus used to have in his office at work. It showed a couple of buzzards, and one of them is saying, "Patience, my ass! I'm gonna kill something!" 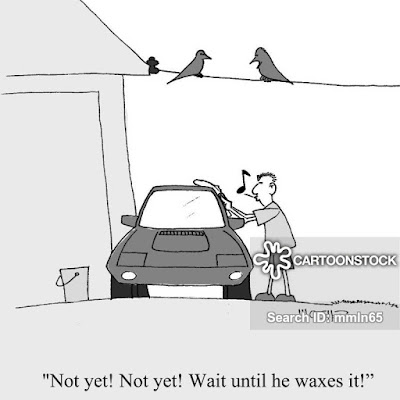 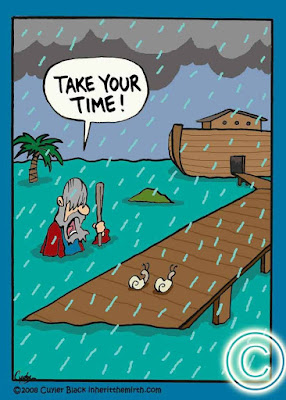 Hmmm, come to think of it, Noah must've had the patience of Job...


Faith is not simply a patience that passively suffers until the storm is past. Rather, it is a spirit that bears things... with resignation, yes, but above all, with blazing, serene hope. [Carazon Aquino]