For Da Birds, Part One 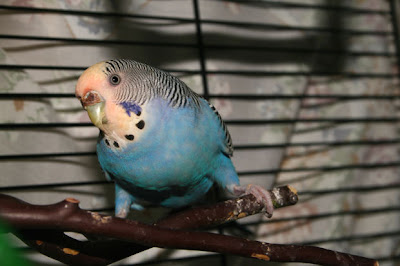 Are you a bird-lover? They're fascinating creatures, aren't they? Just about everyone on my mother's side of the family had pet birds when I was a kid, including us. Nothing too exotic. Mostly parakeets and canaries, but we had some tiny finches, too, and thanks to my brother, who was like a bird whisperer, we also had some wild birds living at our place for a while. Even a big ol' noisy crow.

On the other hand, my husband Smarticus didn't grow up with pets, so he wasn't particularly impressed years ago when a neighbor gave me two parakeets and a big cage. Nonetheless, I loved those birds, and to me, they filled the house with happy sounds.

Anyhow, since it's been a while since I wrote about things our pets have taught me, let's talk about birds, okay? Let's see, so what have I learned from birds...? 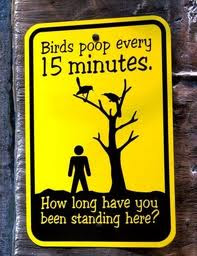 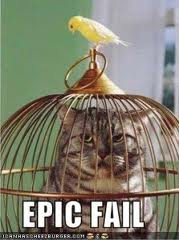 Growing up, my mom always claimed to feel bad when a bird would slam head-first into our living room window. If she really felt bad, though, she'd have moved the bird feeder outside.  [Rich Johnson]

How's about some interesting trivia about some of our feathered friends? 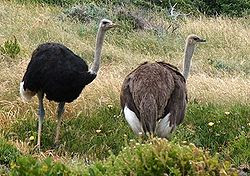 I'm sure everyone recognizes this handsome couple. Reaching heights of up to nine feet tall, not only are ostriches the largest birds, but they're also the fastest runners. Would you believe they can hustle up to an astounding 97 km/hour? So don't let their girth fool you; these critters can MOVE! Oh, and even thought the thought of it is somewhat amusing, contrary to popular belief, ostriches do NOT bury their heads in the sand. 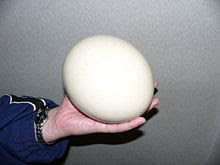 As you can see, their eggs are kinda on the large size, too. About the size of a cantaloupe. And if you're ever thinking about hard boiling one, you'd better not be too hungry. It takes about two hours. 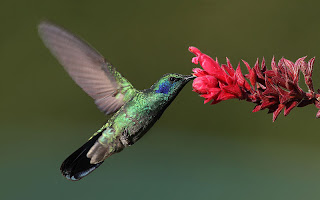 At the other end of the spectrum is the hummingbird, the only bird capable of flying backwards. The bee hummingbird is the smallest of the group, and only measures about two inches. (5 cm) However, in spite of the hummingbird's skillful flying and hovering capabilities, along with the loon, swift, kingfisher, and grebe, it cannot... walk. 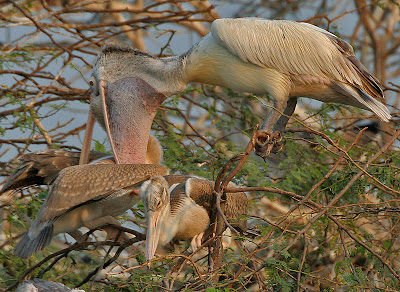 Seen here is a spot-billed pelican feeding her young. Early mythology believed that when they couldn't find food, pelicans actually ripped at their own bodies, and used their own flesh and blood to feed their young... which explains why some churches later adopted the pelican as a symbol of Christ's sacrifice. 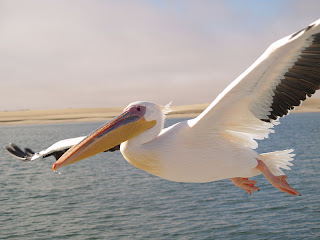 A wonderful bird is the pelican,
His bill will hold more than his belican.
He can take in his beak
Food enough for a week,
But I'm damned if I see how the helican.
[Dixon Lanier Merritt- 1905] 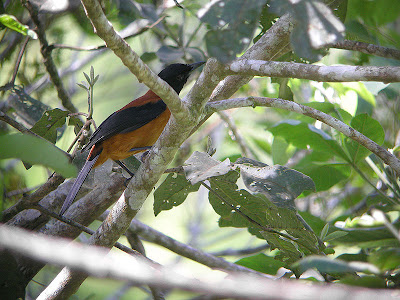 Here's a beauty for ya. Okay to look, but don't touch. The pitohui is the only known type of bird with feathers and flesh poisonous enough to kill a human. But don't worry. You aren't too likely to run into one of these fellows, because they only live in New Guinea. It's very easy to remember his name, though. It's pronounced just like the spitting sound someone might make if he were foolish enough to taste this bird:  pa-tooo-ey! 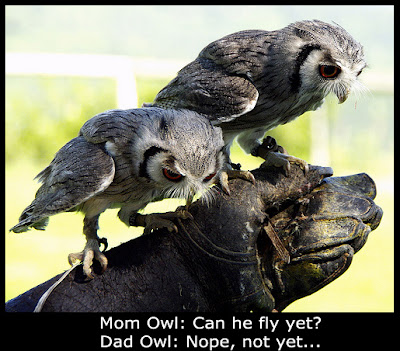 And they never ever favor one baby over another.

And all in all, they can be pretty darned entertaining, too.

How entertaining, you ask? Just watch...

Okay, better, um... fly. Our cats are watching, and for some reason they're raising a real ruckus. I do believe they're... hungry. Go figure. Okay, more about da birds next time. Until then, take care of yourselves. And each other.

You have to believe in happiness,
Or happiness never comes...
Ah, that's the reason a bird can sing —
On his darkest day, he believes in Spring.
[Douglas Malloch]

[Images comes to us courtesy of Wikipedia, Icanhascheezburger, Seniorark, and Morguefiles.]