Thought for the day: I have great faith in fools — self-confidence, my friends call it. [Edgar Allen Poe] 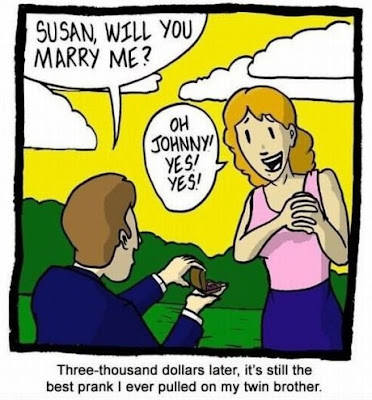 The past few years, I've opted to take the month of April off from blogging. Since I chose not to participate in the A-Z Challenge, I decided it would be a good opportunity for me to buckle down and do some real writing. Um, last year, I mostly did spring cleaning, but I did write a few words, too. This year, I'm determined to get some serious work done on my poor neglected WIP. I actually got back to it in February, so maybe, just maybe, I really will make some good progress this month. Maybe.

But since my usual blogging day coincides with April Fool's Day this year, I couldn't resist sharing a parting shot with y'all before I go off the grid. This post is a re-run, with a few minor updates. Enjoy! And y'all take care. Seeya in May.

Thought for the day:  The trouble with bucket seats is not everyone has the same sized bucket. 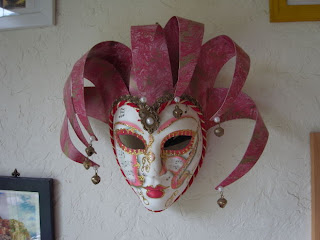 Happy April Fools Day! Not that any of us are fools, mind you.

So, do you like to pull pranks on April first? (Or are you an all-year-round equal-opportunity prankster?) I've been known to pull a trick or two over the years, but nothing too outrageous. One of the (few) things I miss about writing that monthly newsletter for amateur radio enthusiasts is the liberties I always took with the annual April issue. One time, it backfired on me, though.

Ever hear of BPL? That stands for Broadband Over Power Lines. That's a technology in which internet service would be provided via the power lines. A plug and play idea, more or less. And a very bad one, especially from the viewpoint of amateur radio. Power lines were never designed for this purpose, and are inadequately shielded, which means that BPL would splatter, and cause extensive interference throughout the radio spectrum.

Anyway, in one of my April issues, which came out shortly after Michael Powell was replaced as chairman of the FCC, I wrote a newsy-sounding article about the shocking "new rulings" the FCC had made about BPL, but I THOUGHT I'd written it outrageously enough that everyone would laugh and recognize it for the joke it was meant to be. I mean, at the end of the article, I even said that Michael Powell would have loved to implement those changes while he was chairman, but "his daddy wouldn't let him." (General Colin Powell)

Unfortunately, one of my readers believed it. (I should've known better than to kid about something as serious as BPL.) And to make matters worse, that one reader worked for our state's emergency management agency. And he wrote an angry letter to his congressional representative, based on the crap I'd made up about the FCC.

Not good. I was mortified, and he was angry at first, but did come around in the end. Even managed to laugh about it. But I learned my lesson. Every April issue after that had numerous disclaimers to prevent something like that from happening again.

OK, in honor of the day, I'm gonna fill you in on some of the best April Fools jokes ever played: 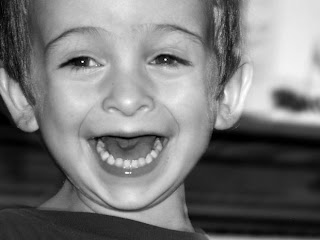 
OK, 'nuff for now. I hope you all have a wonderful day. Don't let the jokesters get ya!

Take care of yourselves. And each other. Seeya next month!

The greatest lesson in life is to know that even fools are right sometimes. [Winston Churchill]

April 1st: this is the day upon which we are reminded of what we are on the other three hundred and sixty-four. [Mark Twain]

Better to remain silent and be thought the fool than to speak and remove all doubt. [Abraham Lincoln]

Posted by Susan Flett Swiderski at 12:34 AM No comments: