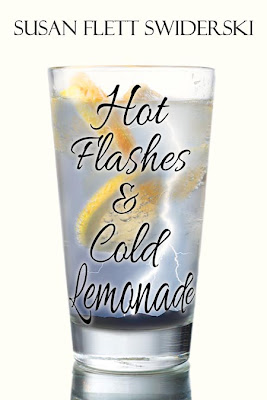 Living the perfect life has always been easy peasy for Pearl Bryzinski, because she’s practically a pro at ignoring the negative and putting a positive spin on the facts, but it’s impossible for her to find anything positive about Daddy skipping town with that blue-haired floozy in a flashy brown Pinto. No matter how hard she tries, she can’t ignore the fact that he’s gone… or the fact that she’s becoming a drama queen who can sweat like a sumo wrestler doing push-ups in a sauna. It’s almost enough to suck the blush out of her rose-colored glasses. Whether she likes it or not, she’s gonna have to turn some of her wishbone into backbone.

Layer by layer, assumptions and misconceptions peel away, as Pearl learns to buck up in the face of reality, and to laugh at her imperfect… but not so bad… life. Supported by a down-to-earth husband who loves her with every blue-collar bone in his body, a mother who isn’t the self-centered witch Pearl imagined her to be, three terrific grown kids… okay, make that two terrific kids, and a Golden Boy who’s a far cry from 24-carat… and a bunch of wonderful wacky gal pals, Pearl comes to realize that her mixed bag of family and friends makes her life damned near perfect. Pearl being Pearl, she’ll never give up her rosy specs entirely, but learning to handle reality also means learning to deal with death.

I trust if you took the time to click on that tab, you've already read my book? If so, thanks! I do appreciate it. So, whatcha got for me? You think you have a better idea of where the characters are a year later? Sock it to me.