A Fun Approach to History

Thought for the day:  It is well that war is so terrible, or we would grow too fond of it. [Robert E. Lee] 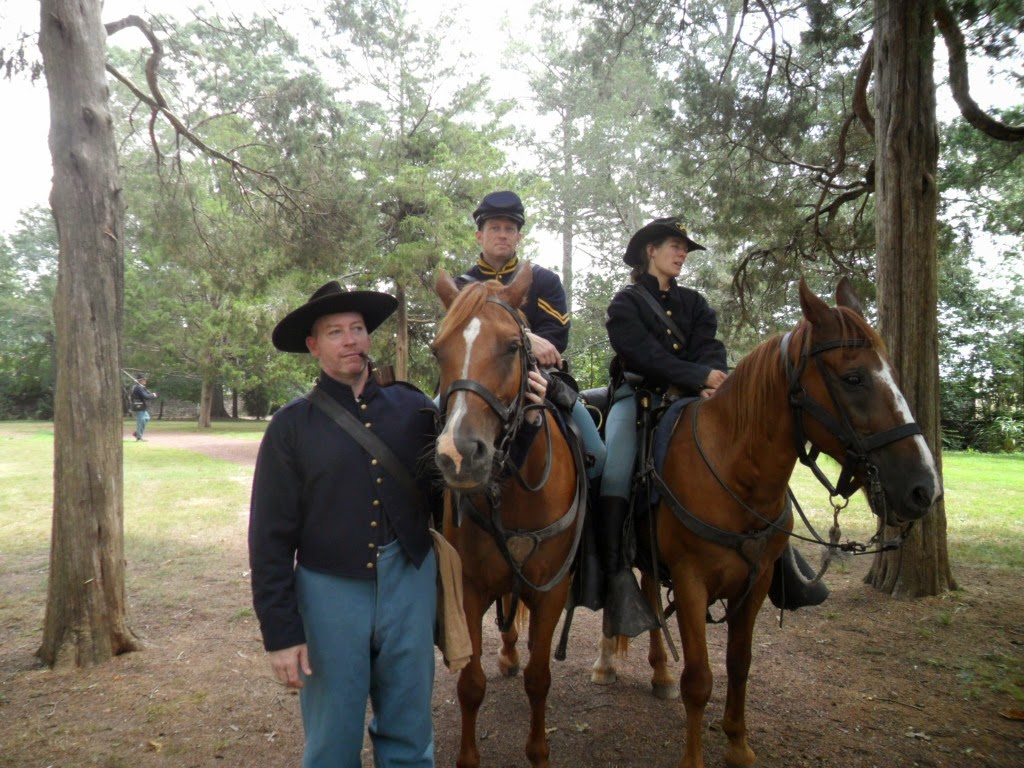 Because this year marks the 150th anniversary of  Atlanta's invasion and occupation by Union troops during the Civil War, as well as Sherman's subsequent incendiary march through Georgia, this has been a summer of numerous living history-type re-enactments, one of which Smarticus and I visited last month.

The encampment of Union soldiers on the lawn of Barrington Hall  in Roswell provided a fascinating glimpse into the past, and taught us something about the local happenings of those days, too. A re-enactment showed the notorious capture of some 400-500 cotton mill workers... mostly women and children... who were arrested, charged with treason, and deported to prison. On Sherman's orders, the mill was burnt to the ground. 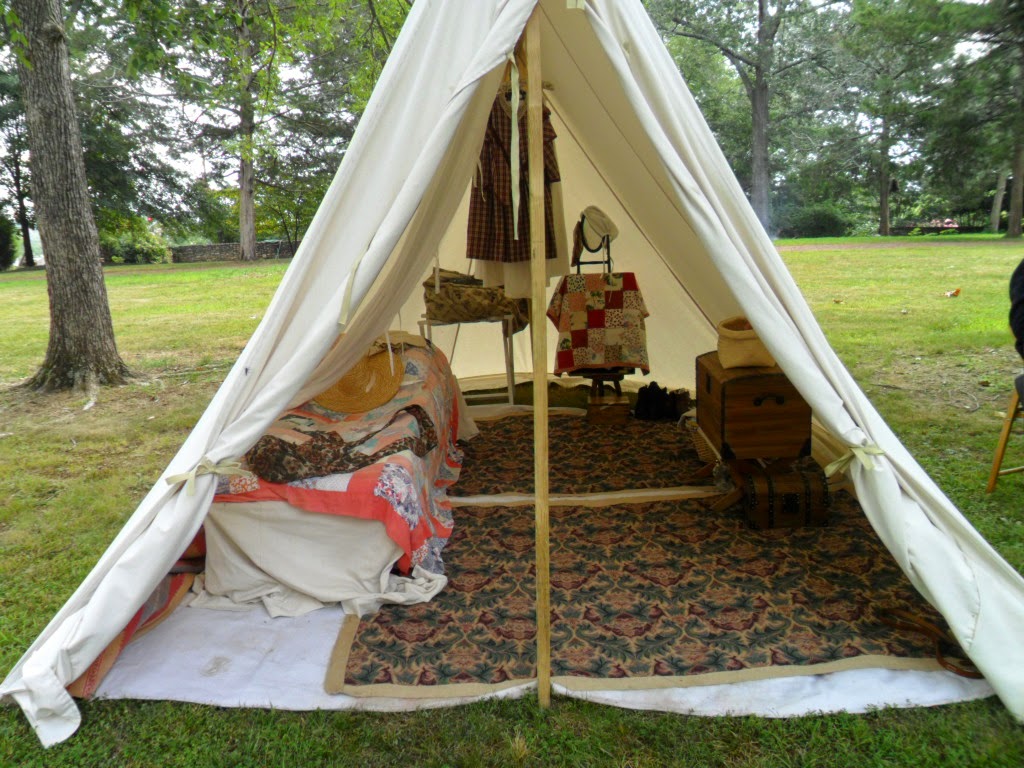 This tent was furnished more elegantly than the others. See the dresses hanging in the rear? It seems this was the abode of one of the (ahem) camp followers. Oh, and in spite of what you may have heard, the term hooker wasn't derived from General Joe Hooker's well-known appreciation of... camp followers. The term actually preceded the Civil War. 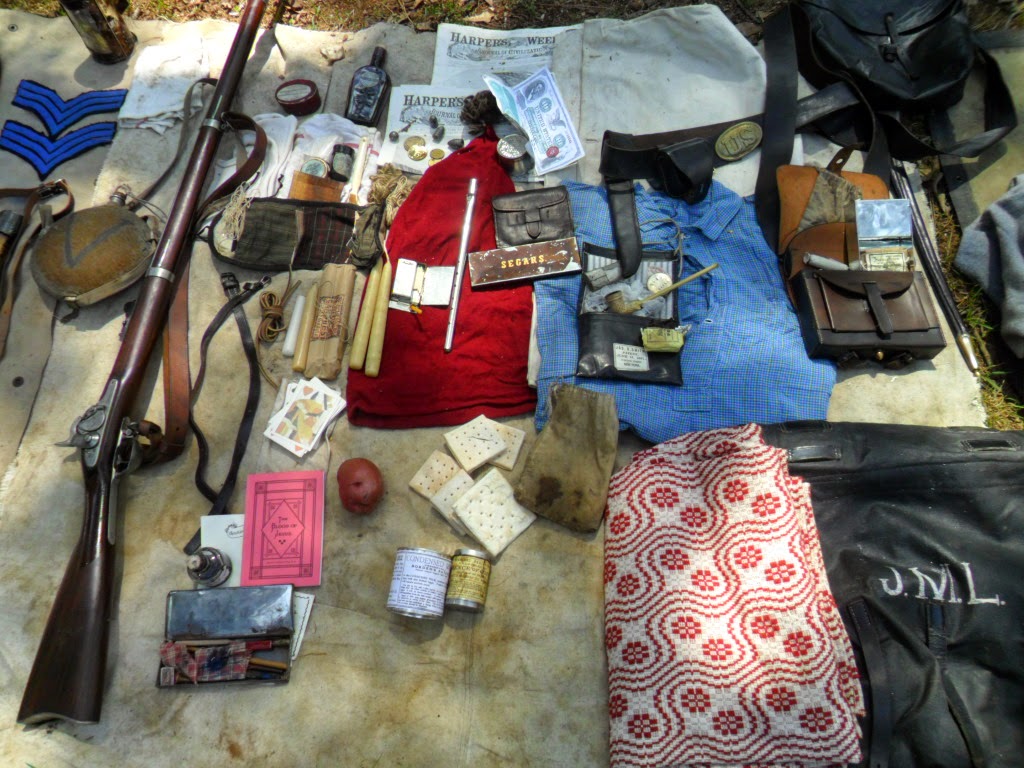 Here we have a display of a typical Union soldier's possessions. 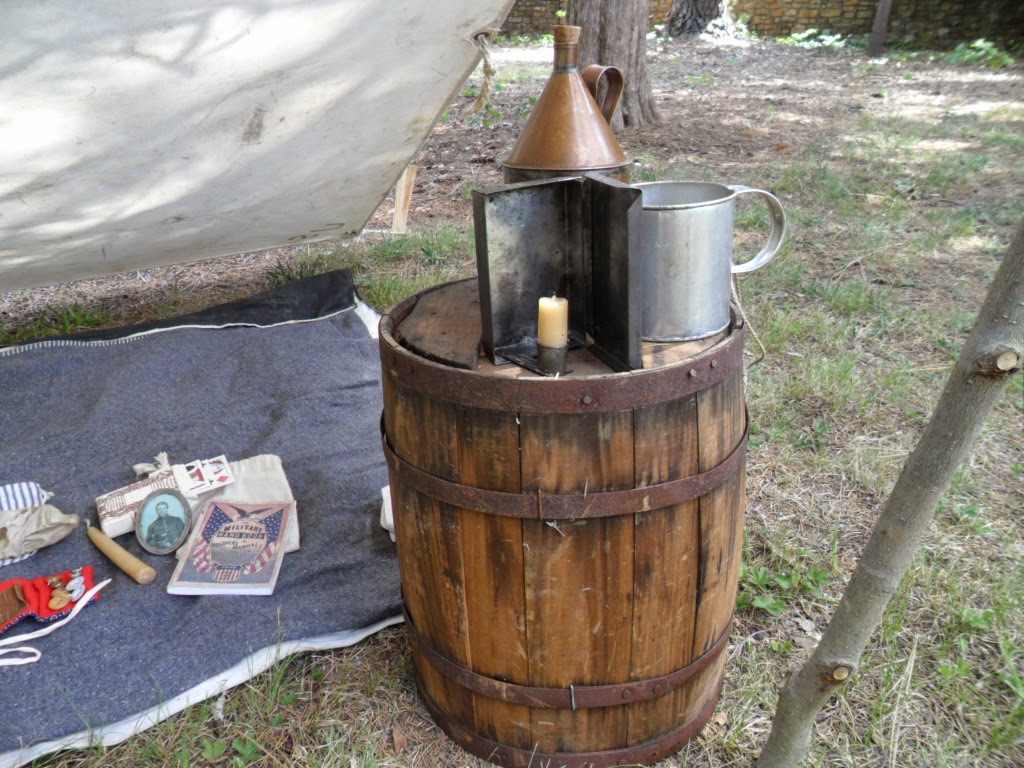 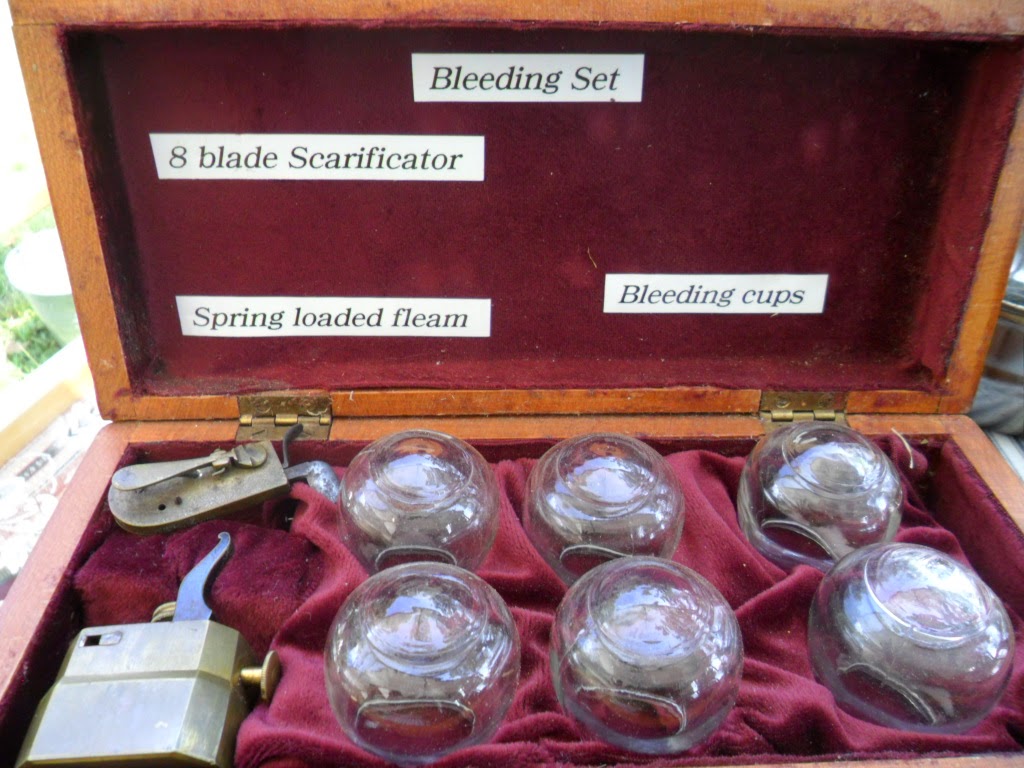 Healthcare left a lot to be desired 150 years ago. 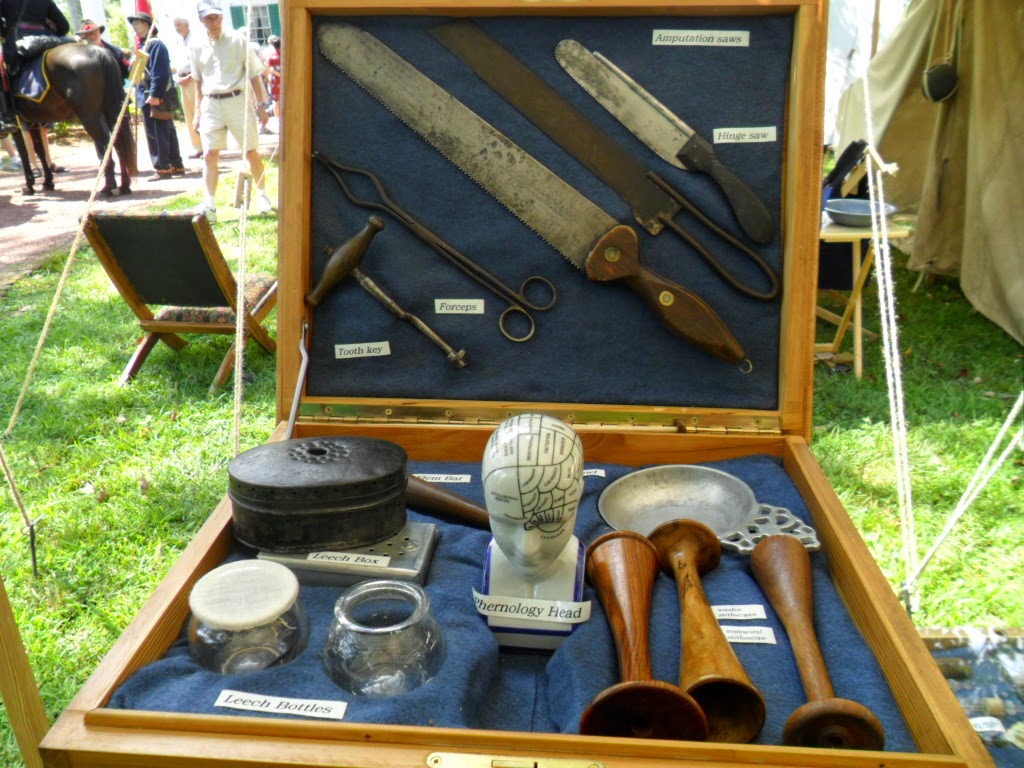 More stomach-turning medical implements. Those jars on the bottom were for holding leeches, but that doesn't bother me nearly as much as those surgical tools on top. 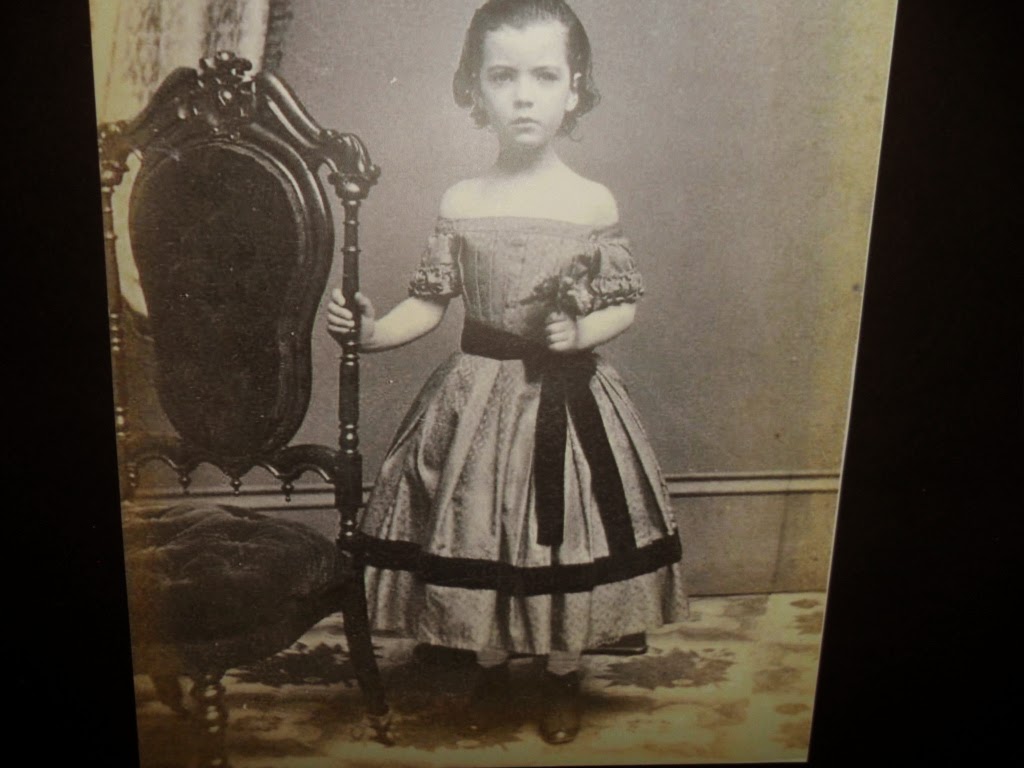 A large building held many Civil War era items, including numerous photographs of the day. Although the required time of subject immobility had decreased dramatically since the days of the daguerreotype, it was still quite long by today's instant standards. This young lady apparently possessed a wealth of patience and poise. 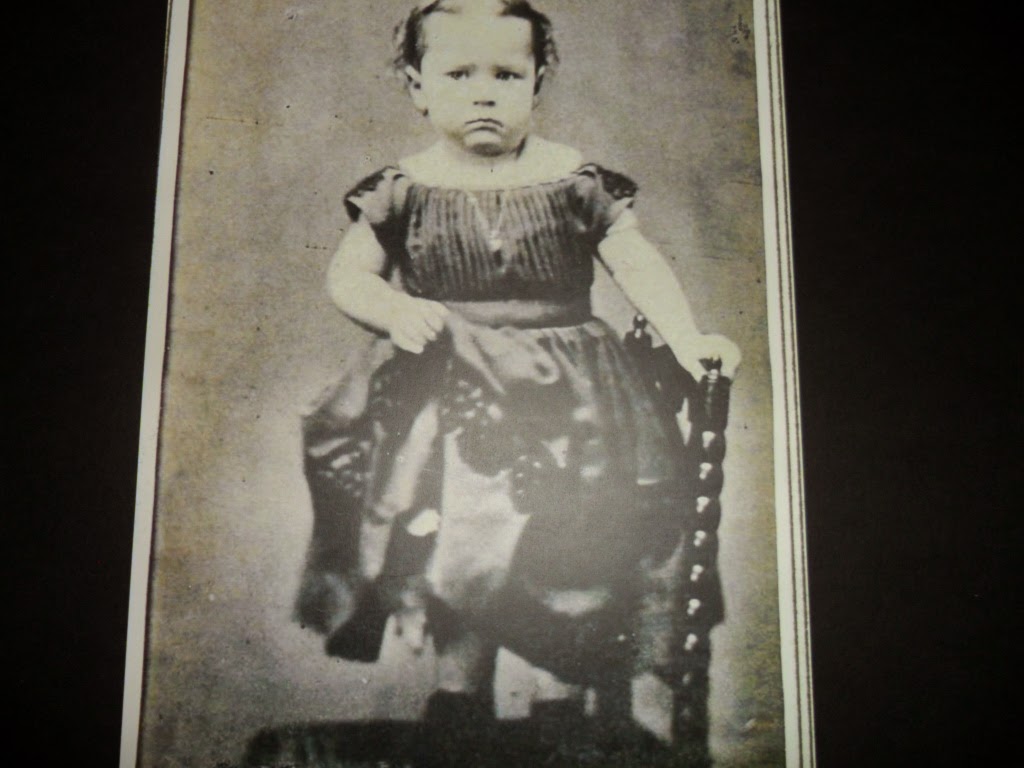 This little girl, on the other hand, doesn't look at all pleased with the process. 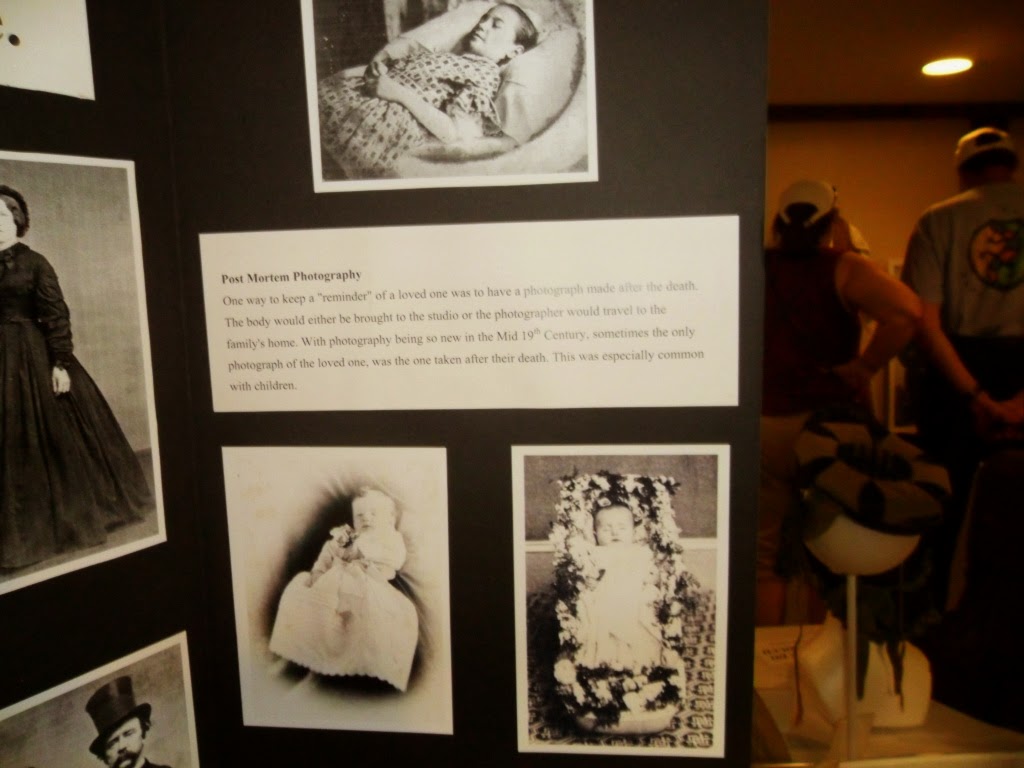 Post-mortem photographs were quite common during the mid-1800s, especially following the death of a young child. 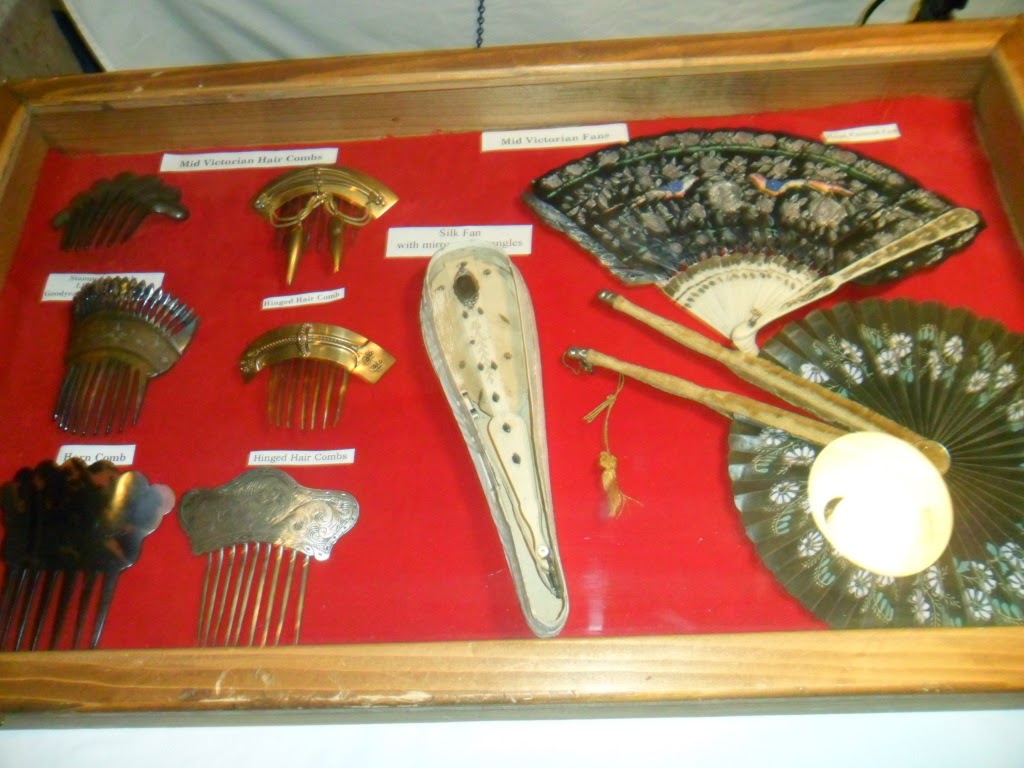 Most fashion-conscious ladies of the day had at least one set of hair combs, but fans weren't just a fashion statement. In the South, they helped ladies tolerate the brutal summer heat, and in the hands of some women, they also became effective instruments of flirtation. 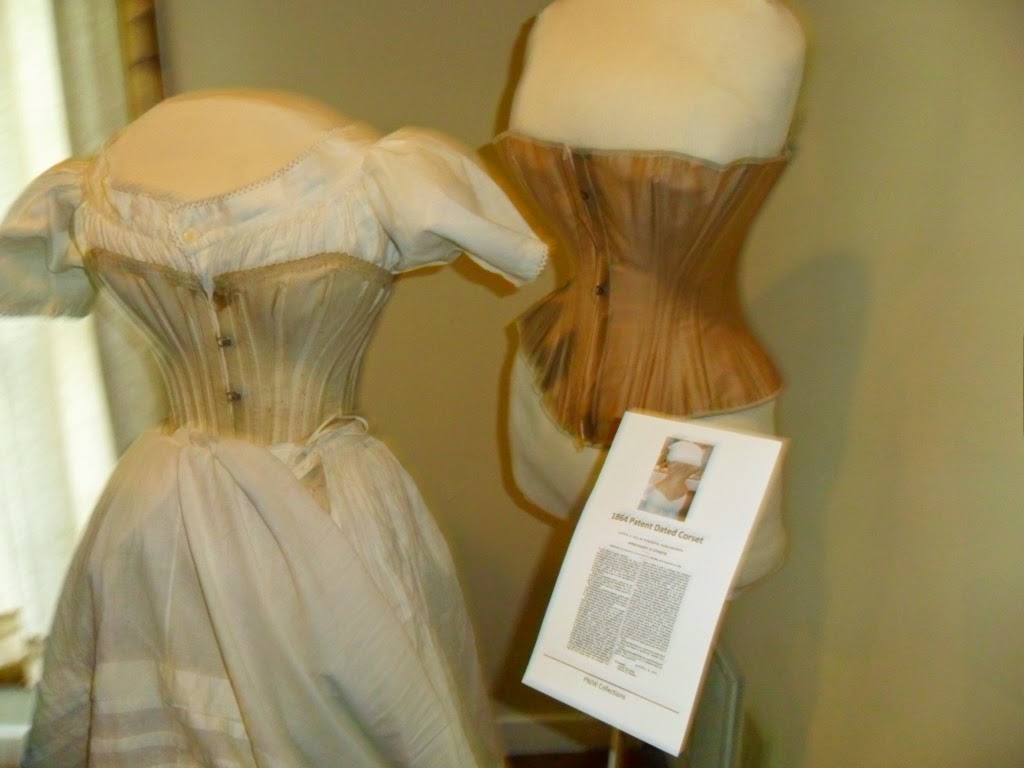 Corsets created an hourglass figure. Women may not have been able to take a deep breath, but they looked terrific while they were swooning from lack of oxygen. 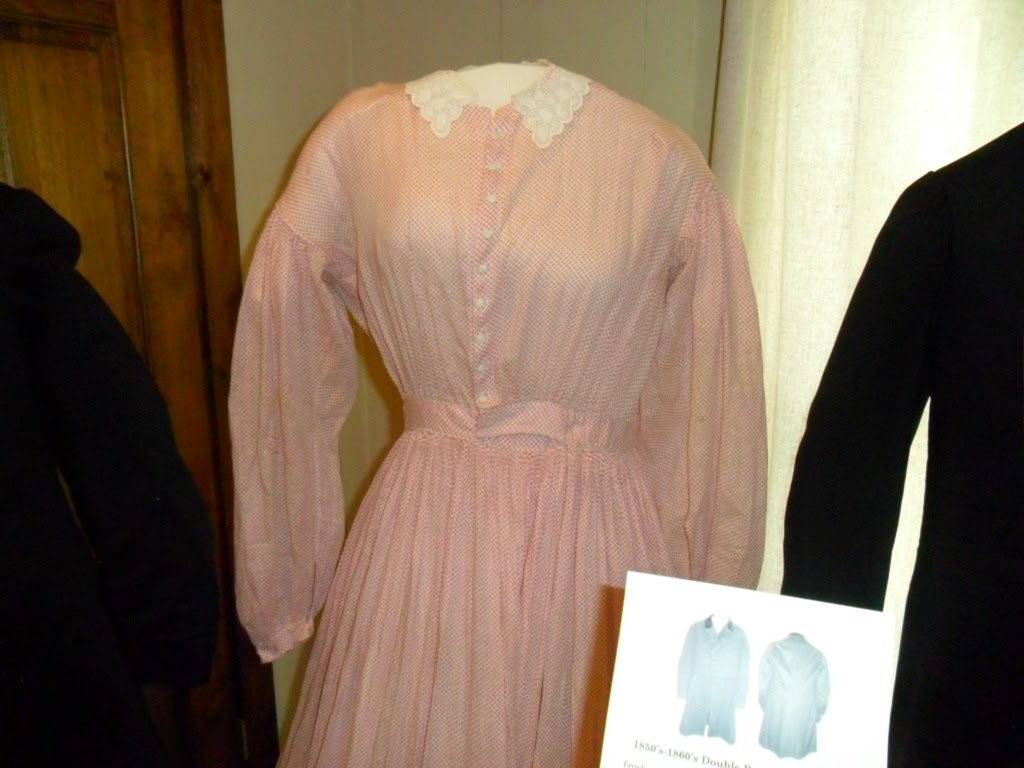 And one final picture... just because I like it. It reminds me of what a schoolmarm might wear to church.


And that's it. Whatever you may think about the sanity of modern-day fellas donning old scratchy woolen uniforms on a hot Georgia day, I'm glad those folks did it. Nothing reinforces the understanding of history quite as well as ... living it... or more accurately, re-enacting it.

In closing, I found an interesting poem online, which was allegedly written by a sentimental young lady from north Georgia to her Confederate soldier admirers:

Hmmm... admirers? Reckon she was a... camp follower?

There are places that need no historical marker because they are haunted, haunted by the spirits of men in blue and gray, now a part of the soil they fought over. If you stand quietly and listen, you can sense the clash of arms and see the skirmish, as if the gnarled old trees can't forget and whisper their story to your imagination...  [Barry Etris]

NOTE: The picture in the header shows the front of Barrington Hall, which was built in 1842 in the Greek Revival style. At various times during the day, musicians played Civil War-era music on that porch, and at other times, dancers did their thing.