Thought for the day:  Wine is sunlight, held together by water.  [Galileo]

No doubt about it, Galileo was a smart dude, and his comment about wine explains a lot. Like why people who drink too much of it later complain about a burning sensation in their gut. Makes sense, right? I mean, it's obviously due to an overexposure to all that sunlight. (They should maybe swig a bottle of sunblock first.)

Talking about wine, there was an article about an award-winning wine in the newspaper last week ... an award-winning wine from (ta-DA!) Wal-Mart. (!) Would you believe a cheap ass inexpensive wine sold exclusively through good ol' down-market Wal-Mart won Platinum Best in Show at the Decanter World Wide Awards? Called La Moneda Reserva Malbec, a Merlot made in Chile, this cheap ass inexpensive wine beat out 16,000 high-dollar wines in a blind taste test conducted by 240 international wine experts, so it wasn't just some poor cheap ass sot sitting on a park bench sipping it from a paper bag who said it's good... the experts said it. Costs about six bucks a bottle. Amazing, huh?

Alas, it's only sold in Asda, Wal-Mart's grocery chain in the UK. Think it'll ever make it onto Wal-Mart's shelves here in the US? Probably not. That classy name and its spiffy-looking label don't quite live down up to Wal-Mart's reputation in our country. Here, labels should probably be written in permanent marker on a strip of duct tape.

Several years ago, I received an email about Wal-Mart possibly bottling and selling its own wines in the near future, and selling them for cheap ass reasonable prices, like two to six bucks a bottle. Still hasn't happened, but if they ever do decide to bottle and sell their own brands, here are some smart ass helpful suggestions for names they can use:


Okay, okay, I'll stop picking on Wal-Mart. But I'm not done poking fun at booze. Not just wine... but booze, in general.

Whiskey is, by far, the most popular of all remedies that won't cure a cold. [Jerry Vale] 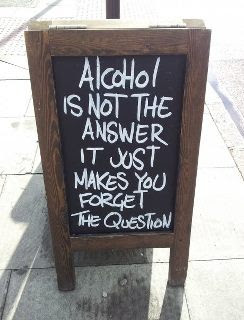 In 1952, Armon M. Sweat, Jr., a member of the Texas House of Representatives, was asked for his opinion of whiskey. Being the true politician that he was, this was his response, as recorded in the Political Archives of Texas:

"If you mean whiskey, the devil's brew, the poison scourge, the bloody monster that defiles innocence, dethrones reason, destroys the home, creates misery and poverty, yea, literally takes the bread from the mouths of little children; if you mean that evil drink that topples Christian men and women from the pinnacles of righteous and gracious living into the bottomless pit of degradation, shame, despair, helplessness, and hopelessness, then, my friend, I am opposed to it with every fiber of my being.

"However, if by whiskey you mean the lubricant of conversation, the philosophic juice, the elixir of life, the liquid that is consumed when good fellows get together, that puts a song in their hearts and the warm glow of contentment in their eyes; if you mean Christmas cheer, the stimulating sip that puts a little spring in the step of an elderly gentleman on a frosty morning; if you mean that drink that enables man to magnify his joy, and to forget life's great tragedies and heartbreaks and sorrow; if you mean that drink the sale of which pours into Texas treasuries untold millions of dollars each year, that provides tender care for our little crippled children, our blind, our deaf, our dumb, our pitifully aged and infirm, to build the finest highways, hospitals, universities, and community colleges in this nation, then my friend, I am absolutely, unequivocally in favor of it.

"This is my position, and as always, I refuse to compromise on matters of principle." 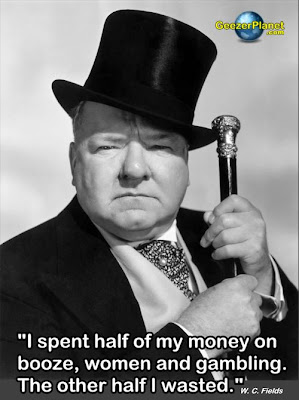 You've gotta love a politician who can speak so articulately out of both sides of his mouth, but he's right, ya know. The abuse of alcohol can lead to all kinds of horrors, but as a social lubricant, it can also be quite... delightful.

Beer is proof that God loves us and wants us to be happy. [Ben Franklin]

Whoever drinks beer, he is quick to sleep;
Whoever sleeps long, does not sin;
Whoever does not sin, enters Heaven!
Thus, let us drink beer!   [Martin Luther] 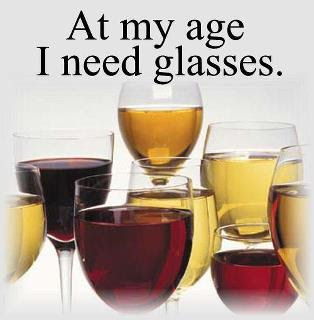 Here's to alcohol, the rose-colored glasses of life. [F.Scott Fitzgerald] 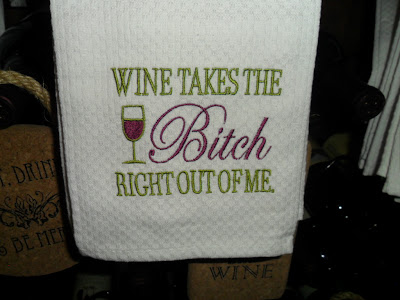 A cute bar towel, huh? Not that it's at all applicable to any women I know.

I cook with wine; sometimes I even add it to the food.  [W.C. Fields] 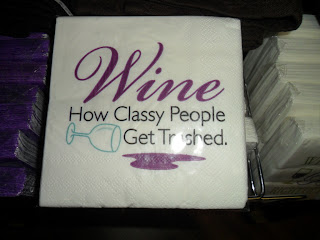 Are these the coolest napkins, or what? 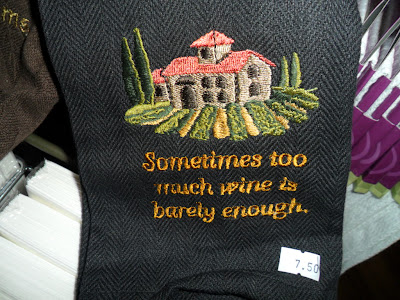 I knew I was drunk. I felt sophisticated and couldn't pronounce it. [anonymous] 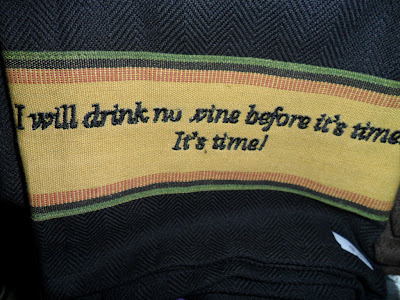 In wine there is wisdom, in beer there is Freedom, in water there is bacteria.  [Ben Franklin] 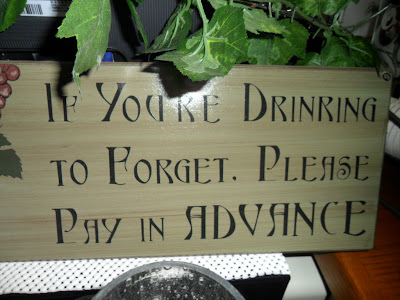 My personal favorite. This sign was next to the cash register in a wine-tasting shop.


Always do sober what you said you'd do drunk. That will teach you to keep your mouth shut. [Ernest Hemingway] 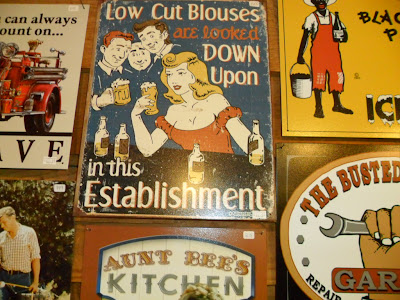 This sign was at an antique shop we visited after the wine tasting. It cracked me up. Of course, after three teensy weensy glasses of wine, everything cracked me up.

Not all chemicals are bad. Without chemicals such as hydrogen and oxygen, for example, there would be no way to make water, a vital ingredient in beer.  [Dave Barry] 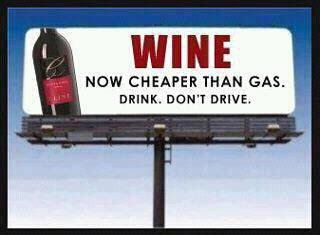 Actually, it only takes one drink to get me loaded. Trouble is, I can't remember if it's the thirteenth or fourteenth.  [George Burns] 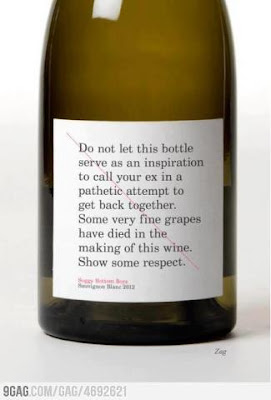 One must always respect one's beverage.

When I read about the evils of drinking, I gave up reading.  [Henny Youngman]

I drink too much. The last time I gave a urine sample, it had an olive in it.  [Rodney Dangerfield]

Don't try to join the Bureau of Alcohol, Tobacco, and Firearms. It turns out they're apparently against all three.  [Wiley Post]

The mouth of a perfectly happy man is filled with beer. [Ancient Egyptian proverb, circa 2200 B.C.!!!]


Okay, cheers! That's it for now. Until next time, take care of yourselves. And each other. 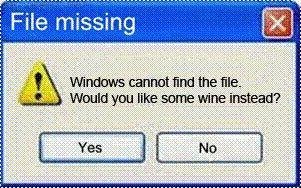 P.S. Just a quick update. In last week's post, I said Nathan's traditional 4th of July hot dog-eating contest got its start in 1916, when four immigrants competed to decide which of them was the most patriotic. Sounds good, huh? Turns out, the hot dog company has been trying to feed us more than hot dogs, because that's a big fat Whopper they've been telling since their PR folks came up with the story in the '70s. In their defense, their creative story isn't entirely made of baloney. After all, they've always prefaced their made-to-order story by saying Legend has it...