It's Just a Name

Thought for the day: What's in a name? That which we call a rose by any other name would smell as sweet. [William Shakespeare]

True, a name doesn't change the intrinsic nature of anything, but it sure can change our perception of it.

I mean... I'm sure Poopada Resorts is a perfectly... lovely place. I'm sure it smells like... a rose.

You can blame a newspaper article for this post. I'll tell you about the article in a little bit, but first I'm gonna take you on a journey through my convoluted mind, because the article got me to thinking about names, in general.

Did you ever have anyone or anything named after you? When I was a teenager, my younger cousin named all of his pets after me. The best one was a baby alligator named Susie. I'm pretty sure that thing hated me, because every time I went anywhere near it, it hissed at me.


However, contrary to what you might think, the impressive T. Rex Sue was NOT named for me. This largest, most extensive and well-preserved specimen, which was found in South Dakota in 1990, currently resides in the Field Museum of Natural History in Chicago. For sure, some of my ways are a tad outdated, I'm getting to be as old as dirt, and I like to think I'm fairly well preserved, but this huge bag o' bones is actually named after the scientist Sue Hendrickson, who discovered her.

Lots of geographical places are named after people. Countries, cities large and small, and all kinds of street names are meant to honor real people. Here in Atlanta, it seems like street names change more often than some people change their underwear. I guess our politicians want to honor the most popular or notable people of the day... and then do their best to abolish all remnants of them when they're no longer P.C. or considered worth remembering. (All on our dime, of course.)

When I saw this sign, I couldn't help but wonder... was it called the old church when it was new? Or was it named New Church Lane up until the time its roof sprung its first leak?

I could write a whole post on funny town names. (Maybe some other time...) But here in the U.S., we have places like Boring, Oregon... Accident, Maryland... and Big Arm, Montana. (I always thought of it as Big Sky country... I had no idea they had a big arm, too!)

And then there's... Chicken, Alaska. (There's also an Unalaska, Alaska... maybe it's a little warmer there?)

And Pee Pee, Ohio. (Think they have more port-a-potties than other cities?)


And let's not forget Hell, Michigan. I could show you a mundane road marker welcoming you to Hell, but I thought this image was funnier. But now that I know there's a town in Michigan named Hell, I finally understand that oxymoronic-sounding saying, as cold as hell. And I also know that Hell does, indeed, freeze over, and quite often.


Okay, last one. I can't write something about odd town names without mentioning the two-town duo in Pennsylvania that always cracks me up. There's good ol' Intercourse, of course. Then... about fifteen minutes away lies the town of Blue Ball. (I kid you not!) Too funny.

A rather romantic... but essentially meaningless... thing one can do is name a star after someone... even yourself. The cost can be as low as twenty bucks and as high as a hundred, and what you'll get in return is a gen-u-ine certificate, by golly, as well as a celestial map pinpointing your namesake.


Now... finally, to that article I mentioned. It was about a naming competition of sorts.

In honor of Valentine's Day, a zoo in Sydney, Australia, invited people to name one of their brown snakes, a species that happens to be one of the most venomous snakes in the world. Doesn't sound very romantic to you, you say? Well, um, it wasn't meant to be.

The zoo advertised: Is your ex a snake? If so, now is your opportunity to cement their 'snaky status'... by naming a brown snake after them at WILD LIFE Sydney Zoo.

To enter, participants had to provide the ex's name and the reason (s)he deserved to be called a snake, along with a dollar donation. The winner was supposed to have been named on Valentine's Day, but I haven't been able to find said winner's name. (Maybe the zoo is still trying to sort through a mountain of entries?)


A zoo in El Paso, Texas, did something similar for Valentine's Day, only they invited people to name cockroaches after their exes.

Better yet? The newly-named cockroaches were fed to meerkats and other critters during a live stream. HA!


Okay, so today's path was a wee bit convoluted, but I hope you enjoyed it, anyway. 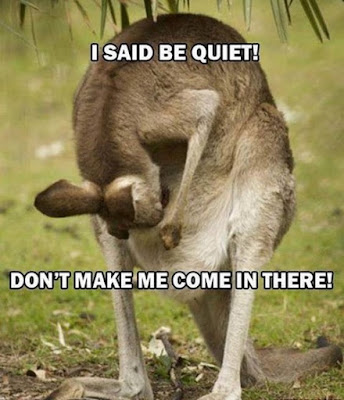