Thought for the day: Man invented language to satisfy his deep need to complain.  [Lily Tomlin]

Most of you already know it, but I'm a total word freak who revels in the nuances and quirky idiosyncrasies of the English language. As far as I'm concerned, it's a never-ending source of delight and amusement.


Some words also have the ability to make me cringe, but they aren't necessarily the so-called naughty words that once-upon-a-time merited a mouth-washing in our society. No, the words that bug me the most are the ones that drip with cruelty and unkindness. It's unconscionable that language, which can be used to edify and uplift, is too often wielded like a weapon to inflict pain.

And then there are the words we're gonna look at today. They're words that some people say should be... banished. Thrown into a dark dungeon and destined to languish in some dark corner with nothing but bread and water forever.

Every January first, Lake Superior State University publishes a tongue-in-cheek list of words deemed worthy of banishment from our lexicon. The first list came about as the result of a New Year's Eve party conversation, in which school P.R. director W.T. Rabe and some of his colleagues entertained themselves by talking about their word pet peeves. (I can totally imagine doing the same thing... how about you?) Just for kicks, Rabe published them the next day, and they received so much feedback and received so many suggestions of other words that should be decommissioned, the next year's list practically wrote itself. Ever since then, the annual list has been compiled from suggestions received from around the world. Nope, there's no teeth in this list. Just a little bit of fun.

Here, marking year 45, are the words that have been kicked to the proverbial curb this year. (If you feel sorry for them, feel free to open the gate and let 'em back in... )

Quid pro quo: This phrase received the most nominations this year, with a noticeable spike in November (gee, we wonder why…). The popularity of this phrase has the committee wondering what it should offer in exchange for next year’s nominations.

Artisanal: One nominator described this word as an “obfuscation,” describing an “actual person doing something personal for another unknown person.”  The committee agrees this word should be banned for well water… but not for sandwiches.
Curated: Like “artisanal,” this seems to be another attempt at making something more than it is, especially when used in reference to social media (or Banished Words Lists). As Barb from Ann Arbor says, “Save it for the museum.”
Influencer: According to Urban Dictionary, “A word Instagram users use to describe themselves to make them feel famous and more important when no one really know who they are or care.”
Literally: Surprisingly, this word hasn’t already been banished, but here it is, one of the few words in English that has begun to serve as its own antonym. Many of the nominators cite this word’s use for figurative expressions or emphasis, which is literally annoying.
I mean: It’s easy to see why this phrase was nominated, right? I mean…
Living my best life: The committee very much enjoys exercising its authority in banishing words annually–literally the capstone of our year–but as Eric says, apart from reincarnation, are there “options for multiple lives”?
Mouthfeel: A word used by foodies to describe the texture of food or drink in the mouth, which the committee feels should be banished entirely from food reality TV shows. As our nominator asks, “Where else, exactly, would you like to touch your food or beverage?” This one just doesn’t feel right in the mouth.
Chirp:  This one is a new insult for the non-millennials on the committee. Before we get chirped for being out of touch, as our nominator suggests, why don’t we leave it to the birds?
Jelly: An abbreviation of “jealous,” the committee agrees with the nominator of this word who suggested that it’s better left for toast.
Totes: Another abbreviation, this time of “totally.” Totes overused.
Vibe / vibe check: A new use of the 60s term, “good vibes.” This one just doesn’t vibe with us anymore, unless the speaker is actually vibrating.
OK, Boomer: This phrase caught on late this year on the Internet as a response from millennials to the older generation. Boomers may remember, however, that generational tension is always present. In fact, it was the Boomers who gave us the declaration: “Don’t trust anyone over 30!”
Are there any words or phrases you'd like to  add to the list? (If you wanta do it for real, see the school's nominating form  HERE) 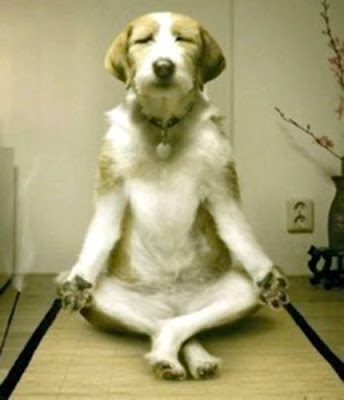 You know, I was thinking...

If there's a list for words that should be erased from usage, (or at least put in time out) maybe there should also be a list of words we'd like to ADD to common usage...

Carcolepsy: an affliction that makes some people fall asleep as soon as the car starts moving.

Askhole: Someone who asks an endless string of stupid, pointless, and obnoxious questions just to hear the sounds of their own voices.

Exhaustipated: too tired to give a crapola

Carcheologist: The person who has to dig out all the crap that's hidden in and under the car seats.

Nostrildamas: Someone with a real... nose for the news. 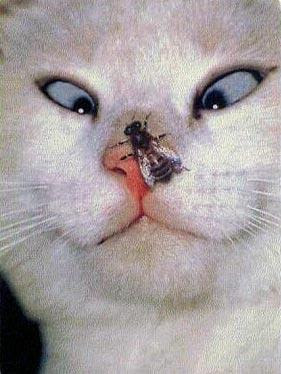