A Salute to Snark

Thought for the day:  I like to tell people I have the heart of a small boy. Then I say it's in a jar on my desk.  [Stephen King] 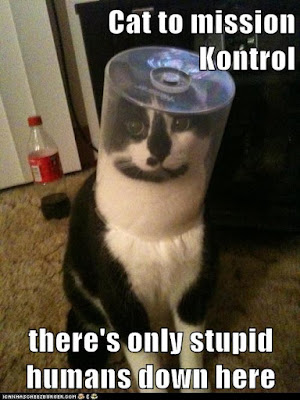 Today, as our featured guest, Stephen Tremp is treating us to a fun post about his latest book Salem's Daughters, which just launched on the first of October. I don't host guest bloggers here very often, so this is a real treat for me, and I think it will be for you, too. Enjoy!

But, um, why do you think he chose MY blog to write about snarky humor? I mean, really. Think there's any connection...? Nah. Couldn't be.

You know that little thing inside your head that keep you from saying things you shouldn't say? I think mine is missing...

Thank you Susan for hosting me on my Salem’s Daughters Blog Tour! We all have a sense of humor and, when appropriate, it should show in our writing, even in a serious story. Readers appreciate humor that often goes beyond the norm and crosses the border into dark and snarky. Snarky can be sarcastic, rude, witty, snide, ironic, annoying, and cynical.

The ever-meddling Erma and her husband Ross co-sign a three-and-a-half million dollar loan to fund the bed and breakfast called Murcat Manor. Erma, who began as a minor character, developed into a major supporting role and never passes on an opportunity to take verbal and non-verbal shots at Bob, the butt of her jokes and the only non-Irish family member of her clan.

“It’s weird,” Bob said. “These kittens are strange. They don’t act like normal cats. It seems like they're always plotting something, even while we’re sleeping.”

“Plotting?” Erma said. “Cats? I can see if Debbie’s plotting something against you while you sleep. But … cats?”

Another peal of laughter bordered on a noisy ruckus, most in the room almost falling out of their seats.

Sample 2: “I couldn’t imagine,” Bob said, glancing back. “That’s mind boggling. How did you manage childbirth without an epidural?”

“Whiskey, Bob. We were both drunk. Both the doctor and me. Epidurals? Pfhhht.” Erma leaned back in her seat. “Good old fashioned Irish whiskey is what got me through four child births.”

Although Bob wasn’t much of a drinker outside the occasional glass or two of wine, he thought he might need a bottle of good old fashioned Irish whiskey to survive much more of Erma.

Sample 3: “Debbie dear, don’t you fret one bit. The good news is your grandfather and I have decided we’ll co-sign the loan docs.”

Erma smiled warm and wide. “That’s right, honey. We’re retired now and getting up in years, you see. And we want to do something to help you. So we’ve decided to co-sign the loan. You know, since Bob’s not able to get a job.”

Erma Dempsey may be an AARP gray-haired, sharp-witted, smart-ass lush. But she’s also very smart. Although Erma originally thinks Bob may be responsible for the deaths of the guests at Murcat Manor, she’s the first to make a connection there’s more to the cats, who are actually thirteen disembodied witches from Colonial America, than meets the eye. And as the story progresses, with plenty of snarky dialogue Erma has for the thirteen lazy no-good flea-ridden regurgitated fur balls, there’s an epic showdown between the two parties. But that’s a post for another day.

Stephen Tremp writes Speculative Fiction and embraces science and the supernatural to help explain the universe, our place in it, and write one of a kind thrillers.

Quick Blurb: A four hundred year old evil is unleashed when the daughters of those killed during the Salem Witch Trials find a new generation of people to murder at a popular modern-day bed and breakfast. 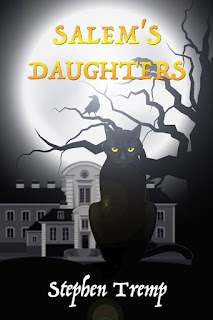 You can read a full synopsis and download Salem’s Daughters by Clicking Here.
Stephen Tremp posts weekly blogs at his website Breakthrough Blogs.

Next Stop: Monday October 12 Susan Gourley website Susan Says. Join me there as the topic is Supernatural Powers Enhanced by Technology.
Posted by Susan Flett Swiderski at 12:34 AM