The Voices are Crystal Clear

Thought for the day:  I think I did pretty well, considering I started out with nothing but a bunch of blank paper. [Steve Martin]

Here we are again. It's the first Wednesday of yet another month, which means it's time for another gathering of the Insecure Writer's Support Group, the inspired brain child of ninja writer Alex Cavanaugh. For hundreds of writers all over the world, the support starts here.

Here, we can air our concerns, and share our successes. Want to join us? To sign up, or just to find links to the posts written by other members this month, please go HERE.

Now then, what do I want to bellyache about bring up for discussion this month? 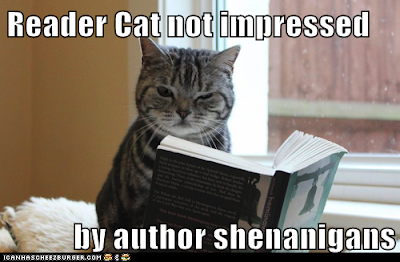 Yes, I know we can't put too much stock in reviews. But come on; admit it. Don't you do a serious get-down-and-boogie happy dance every time someone writes a fantastic review of your book, especially if that review shows (s)he got your book, and by extension, got you? That's validation in the highest degree, people!

So here's my beef. Why, oh why, oh why do people tell me how much they loved my book, and tell me they're going to write a review right away... and then never do? As a suitably insecure writer, when I know for a fact someone is reading my book, but they don't follow up by posting a review, I assume they hated the book, and don't want to hurt my feelings by telling the world how much it sucks. (Please tell me I'm not the only one who reacts this way.) But when people actually take the time to send me an email to declare their love for my book and promise a review that never happens... I don't get it.

Now for this month's question: What is your favorite aspect of being a writer?

When the muse is pushing me forward at warp speed, and the voices in my head are crystal clear, that's pretty darned exciting, but I think my favorite part is getting positive feedback from readers. Knowing that readers can relate to your story, and laugh at the things you think are funny, and cry at the things you think are sad, is to me, the greatest reward of all. (Even if they don't write reviews!)

Okay, it's time to strike up the band and throw some sparkly confetti as we celebrate the much-anticipated release of the final book of Crystal Collier's Timeless trilogy. I'm going to go ahead and close out my portion of the post, and let Crystal take it away. NOTE: This is the only post for this week, but I'll be back again NEXT Friday, Hope to see you then.

Until next time, take care of yourselves. And each other.
And read Crystal's books... they're great! 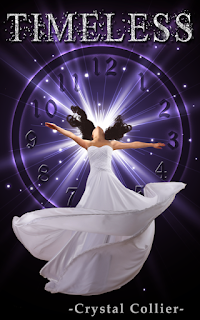 TIME IS THE ENEMY.


In 1771, Alexia had everything: the man of her dreams, reconciliation with her father, even a child on the way. But she was never meant to stay. It broke her heart, but Alexia heeded destiny and traveled five hundred years back to stop the Soulless from becoming.


In the thirteenth century, the Holy Roman Church has ordered the Knights Templar to exterminate the Passionate, her bloodline. As Alexia fights this new threat—along with an unfathomable evil and her own heart—the Soulless genesis nears. But none of her hard-won battles may matter if she dies in childbirth before completing her mission.


Can Alexia escape her own clock?

What reviewers are saying:

Alexia had assumed his home was a
hut in some local village. “Where is it you came from?”
Deamus motioned upward.
Alexia followed his aim to the
warming sky, stars fading. “From the stars?”
Both hands disappeared behind his
back as he considered her closely. Something in his stare solidified, and he
leaned forward, lifting an arm and pointing. “There. Out beyond those lights
waits another earth, one where…where we live without fear. Only those with Passionate
blood dwell there.”
The idea whirled her head like a top
he was spinning just to watch her grow dizzy.
Amos stepped between them. “Tell me
about this place.”
Deamus backed away, gaze shifting
shyly to the ground.
Alexia touched his arm. “Tell me.”
“The other land was created long ago by a powerful man.
There has never been a man more powerful.”
To create an entire world… Alexia
still couldn’t quite fathom it. Only God possessed that kind of power.
“When humanity began destroying…the
Passionate, he knew he had to stop them.” He brought his fists together and
pulled them apart to illustrate. “It would mean separating two worlds. He
studied and gathered and worked for decades to make his dream a reality, and at
last, he did it.”
Alexia gave him a skeptical frown.
“Separated two worlds out of one?”
“I heard me somethin’ like this
story before.” Regin scratched his chin. “Weren’t there two sons and some kind
of battle?”
Deamus stilled and shifted away as
if he’d forgotten about his larger audience.
“Do continue,” Alexia urged.
“A bridge was erected, a bridge of
light that allowed our kind to pass over, but the cost of channeling so much
power was the man’s life.” Deamus bit his lip. His chin shook and he looked
away. Quiet accosted them. Alexia wondered if he would continue when he
straightened his shoulders, lips puckered in a frown. “He left two sons.” He
gave a quick nod at Regin. “Both studied his arts and followed in his path, but
one was tempted and drawn into dark powers, the kind that consume the soul.” A
line appeared between his eyebrows. “The other watched over and protected the
Passionate—mostly from his brother.”
Alexia glanced up at the
disappearing stars and shivered, feeling suddenly very small. “And how do you
know of this other world?”
Deamus’s head tilted, hope shimmering in his
gaze. “It is my home.”

Crystal Collier is an eclectic author who pens clean fantasy/sci-fi, historical, and romance stories with the occasional touch of humor, horror, or inspiration. She practices her brother-induced ninja skills while teaching children or madly typing about fantastic and impossible creatures. She has lived from coast to coast and now calls Florida home with her creative husband, four littles, and “friend” (a.k.a. the zombie locked in her closet). Secretly, she dreams of world domination and a bottomless supply of cheese.