Thought for the day:  Ask me not what I have, but what I am. [Heinrich Heine]

There's a wide spectrum of attitudes about possessions. For the free spirits of the world, those who are more in the world than of it, possessions are regarded with a very wary eye. In a post a couple weeks ago, Suze described them as tiny strings, nearly invisible, strapping me to the earth when I yearned to float.

So it goes without saying, (doesn't mean I'm not gonna SAY it) she isn't as likely to hold onto things as someone like me. Mind you, I'm not averse to floating, but I enjoy a certain amount of grounding, too.

What difference does it matter how much you have? What you do not have amounts to much more. [Seneca]

Not saying I have a hankering to amass a warehouse full of worldly goods. I mean, who wants more stuff to dust, right? How about you? You have a thing for ... stuff? Let's take a brief pause, shall we, to check out George Carlin's classic routine about... what else? Stuff.  [Warning: contains a teensy bit of language some of you may find objectionable.]


What I AM saying is I'm quasi-attached to some of the stuff I DO have. Not jewelry or furs. Not fine art or priceless musical instruments. Matter of fact, nothing of any particular monetary value at all. Just stuff I happen to LIKE. Whimsical things.

Wealth consists not in having great possessions, but in having few wants. [Epictetus]

Yeah, few wants. That's me. But I sure do treasure a wealth of whimsy. Wanta peek at some? 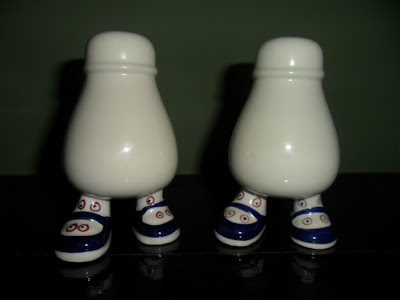 Aren't these adorable? I found them a couple weeks ago at a thrift shop/ antique store. Heaven knows, I didn't need another salt and pepper set, but who could resist? They're made in England, and for all I know, they may be quite common on that side of the ocean, but they were new to me. What can I say? They make me smile. 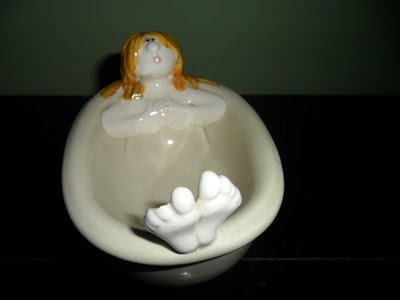 Okay, so I didn't need this soap dish, either, but it followed me home from that thrift shop, too.

Yeah, that antique shop probably had some real treasures in it, stuff worth a lot of money, and maybe even for an awesome price. Tough. I prefer stuff that makes me smile. 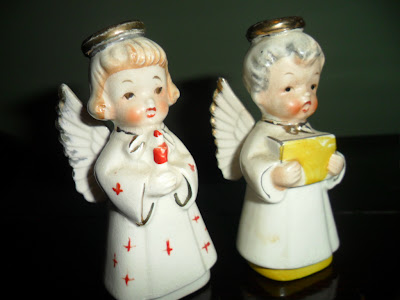 This salt and pepper set used to belong to my mother, and may even have belonged to her mother at one time. Made in Japan, nothing special about them, I suppose. Nothing special but the well-seasoned memories they stir. 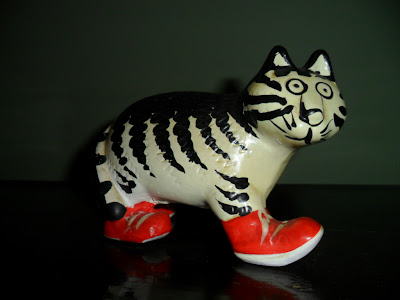 This goofy cat belonged to my mother, too. It's another one of those things that simply makes me feel good. 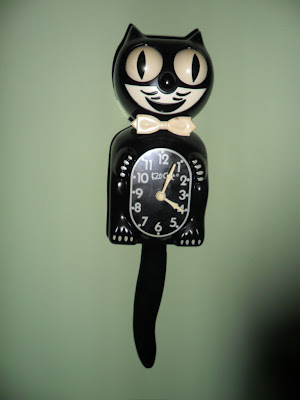 This silly-looking clock was a gift from our daughter. The cat's eyes move from side to side, and his tail swings back and forth. (Much to the aggravation of our real cats.) 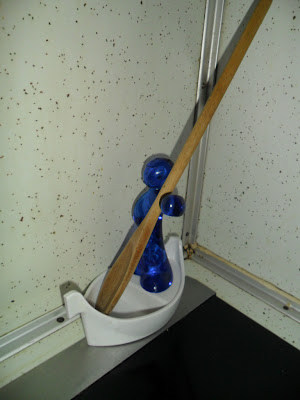 Another gift from our daughter. (She appreciates whimsy almost as much as I do.) This little gondolier's sole purpose in life is to hold a wooden spoon ... and to make me smile. 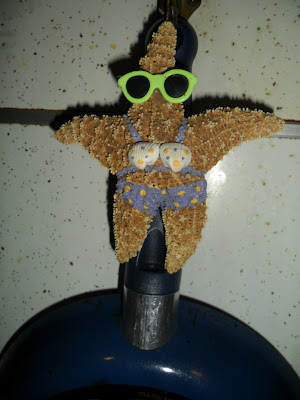 Now, who can look at THIS without smiling? (Not ME!) This belonged to my mother-in-law. My sister-in-law told me to take whatever I wanted from the house after Mom died this year, and I chose this. 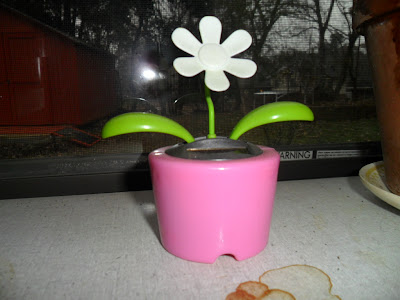 And THIS. This used to sit on the windowsill in Mom's kitchen. Thanks to the little solar panel in it, the flower dances. The petals bounce up and down as if it were doing calisthenics. It just looks happy, and every time I look at it, I think of Mom. 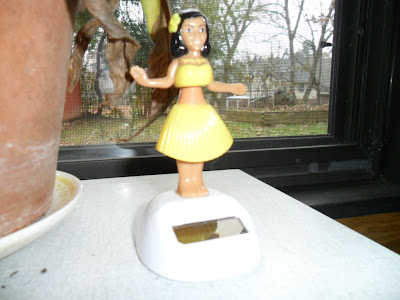 My sister-in-law thought it was so funny that I wanted that Dollar Store dancing flower that she threw this in as a bonus. Let me tell ya, that hula dancer's hips really get a work-out on a bright sunny day. 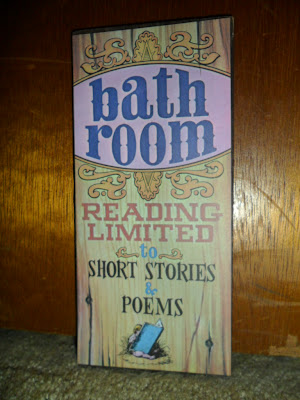 This sign cracks me up. It used to be in my father's basement potty room. The tiny cubicle was lined with shelves, and all the shelves were stuffed with books. 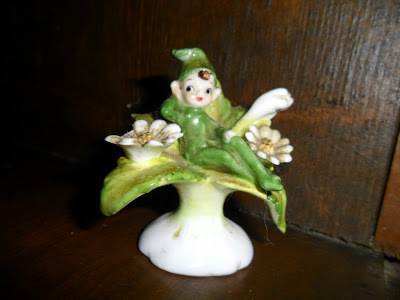 This leprechaun belonged to my grandmother. It's napaware china, made in Japan sometime in the '50s. Cute, huh?

We are not the sum of our possessions.  [George H.W. Bush]

Thank goodness, huh? But I suppose the possessions we enjoy most reveal a little something about who we are. And who I am is a sentimental fool. I started out with nothing and still have most of it left.  [L. Vincent Majestic] And that is just fine with me.

Enough looking at my stuff. How about you? Do you have whimsical possessions that make you smile, too? A beloved treasure without monetary value, but with sentimental value beyond compare? What stuff matters to you?

Time is at once the most valuable and the most perishable of all our possessions. [John Randolph]

And our time is the most valuable gift of all. [me] 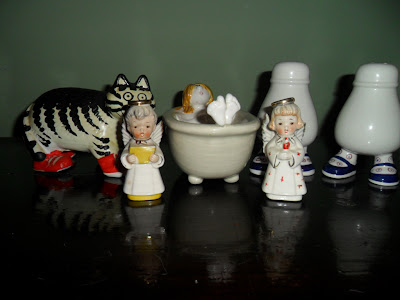