In Praise of Old Broads

Thought for the day: If you want a thing done well, get a couple old broads to do it.  [Bette Davis]

Some people might think it's an insult to call a woman a broad. Not me. Once upon a time, it was a derogatory term, but not any more. In fact, quite a few years ago, Ol' Blue Eyes Frank Sinatra insisted it was a term of affection. (But then again, he called most women broads, didn't he?)

Know when I accepted it as a term of affection? When I watched the 1984 movie Tank, in which James Garner tells his wife Shirley Jones, "You're a tough old broad." And believe you me, his words were dripping with love and admiration. (Terrific movie!)

In A Dictionary of Words About Women, written by Jane Mills, broad is defined as a woman who is liberal, tolerant, unconfined, and not limited or narrow in scope. Sounds good to me... and I should know. Because I am an old broad... and proud of it.

And I'm not alone. I've been working in cahoots with a group of really terrific old broads for quite a while now, and today, we are all happy to announce (ta-DA!) the publication of our book: 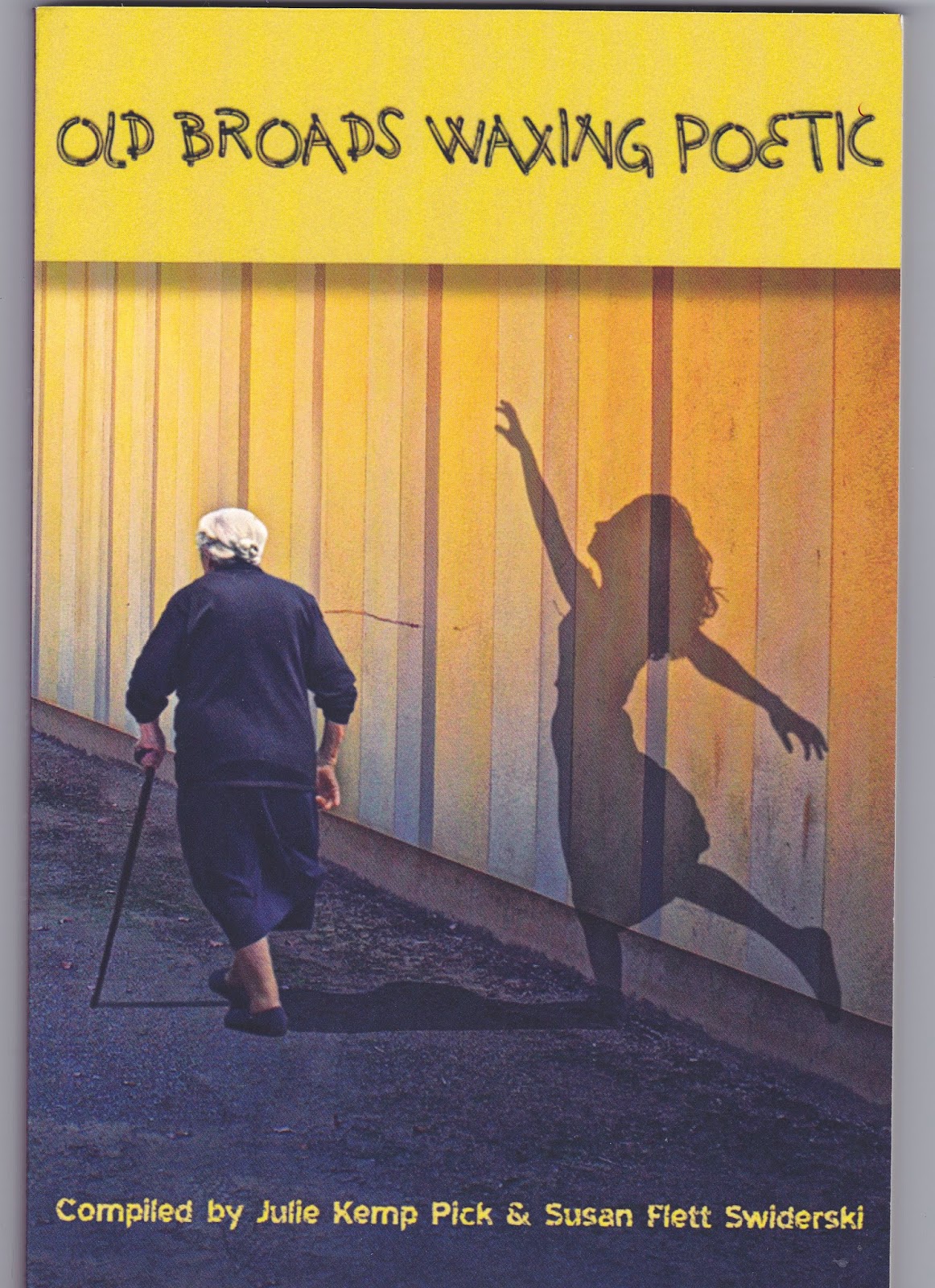 To celebrate its release, each old broad featured in this book is blogging about her favorite old broad today, and we invite each of you to tell us a little something about your favorite old broad in the comments. Oh, and if you're still offended by the term broad, I apologize. If you'd prefer, you can tell us about your favorite older lady... how's that? Oh yeah, and one of you who comments about your fave broad will be winning a free copy of our book. Cool, huh? (It really IS a cool book... not only is it filled with some fun poetry, but all proceeds from its sale are going to CARE International.)

Now then, let me introduce you to the other broads, so you can visit their blogs, too. (Like I said, they're ALL terrific.)


NOTE: Technically, Michael isn't a broad. He's a guy. A very nice guy who used that lovely image from Francesco Romoli to create our cover for us, so you could say, as an important member of our team, he's an honorary broad. With hairy legs.

Now then. My favorite old broad. Without a doubt, that would have to be my maternal grandmother. 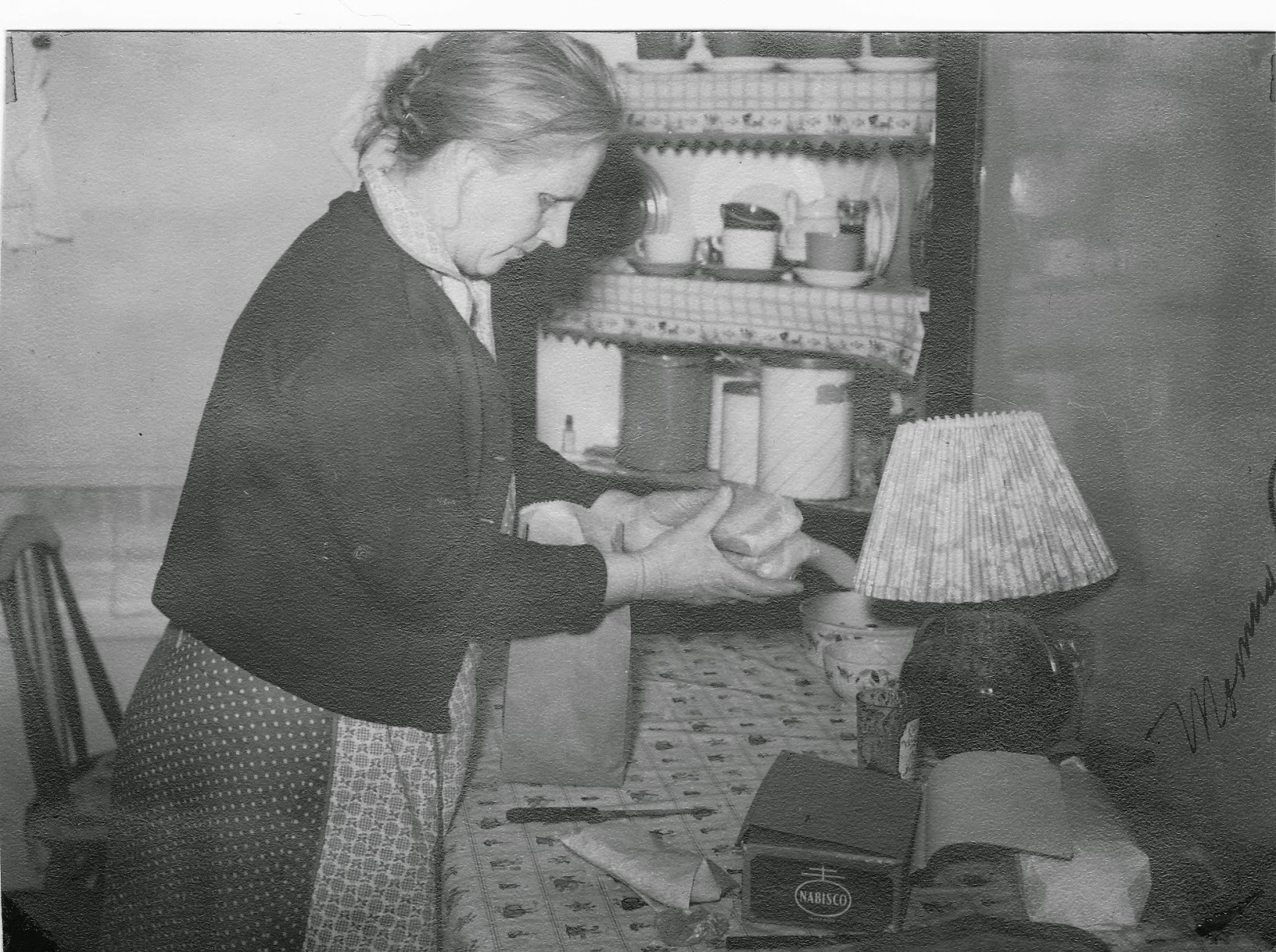 Her given name was Catherine, but her kids all called her Mommy, and all of us grandchildren called her Nana. What can I say? She was an amazing woman. I'm not sure anyone would have had the chutzpah to call her a broad back then, but undoubtedly, she was tough. Had to be. She married young... reeeeeally young... had a passel of kids, and then her husband died, leaving the red-headed spitfire to raise all those kids by herself. 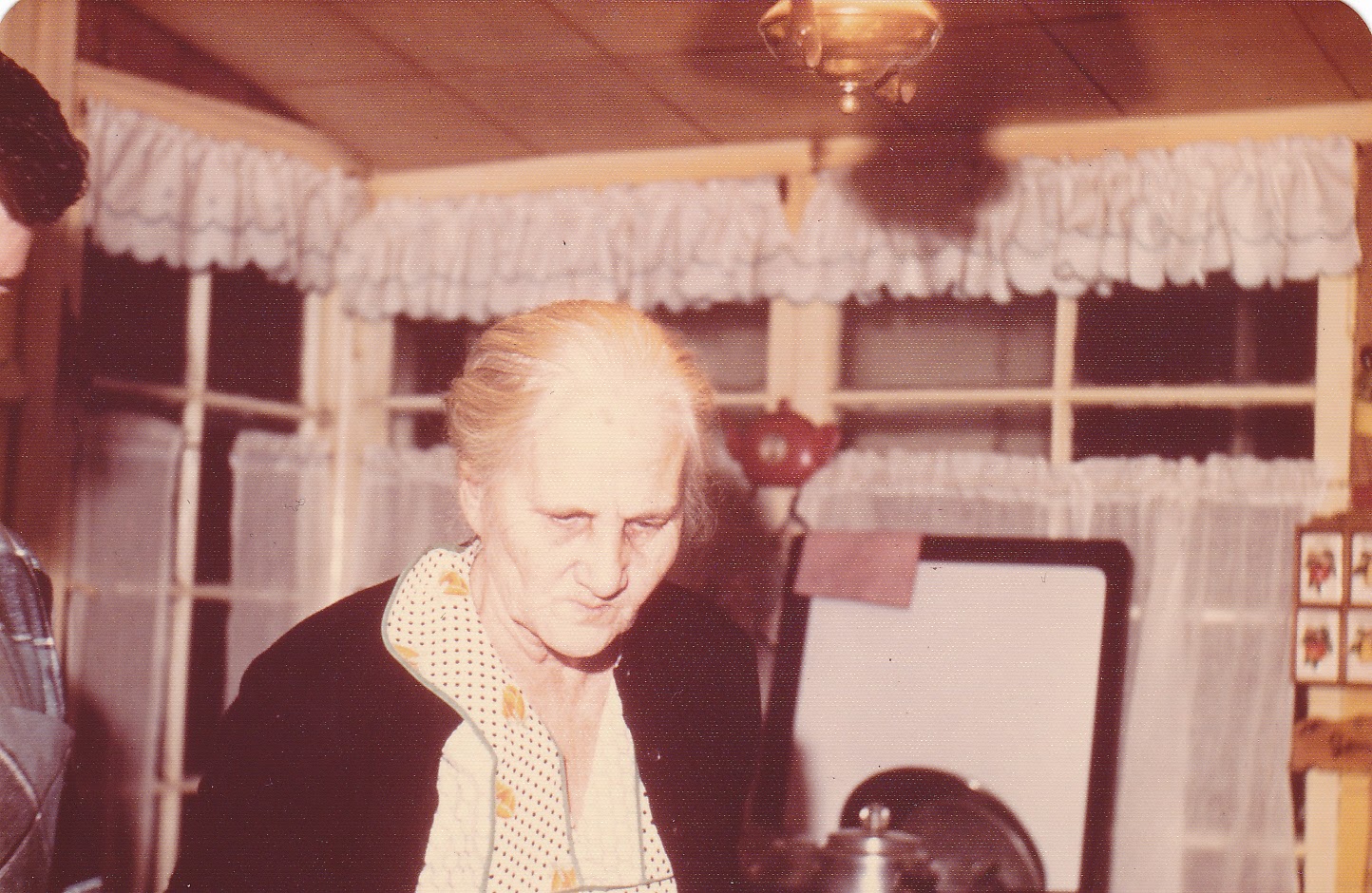 Ever know anyone who made you feel unconditionally loved? That's the way she was. She was no warm and fuzzy kind of grandmother or mother, though. Quite the contrary. She drank incredible quantities of coffee... with chicory... prepared in a nasty top-of-the-stove aluminum pot that no one had better ever wash... and chain-smoked Raleigh cigarettes. Because she was deaf, she spoke in a loud voice... a loud gravelly voice. (Courtesy of the cigarettes.) She had strong opinions and a quick temper, but even when she was yelling, we always knew... she loved us. 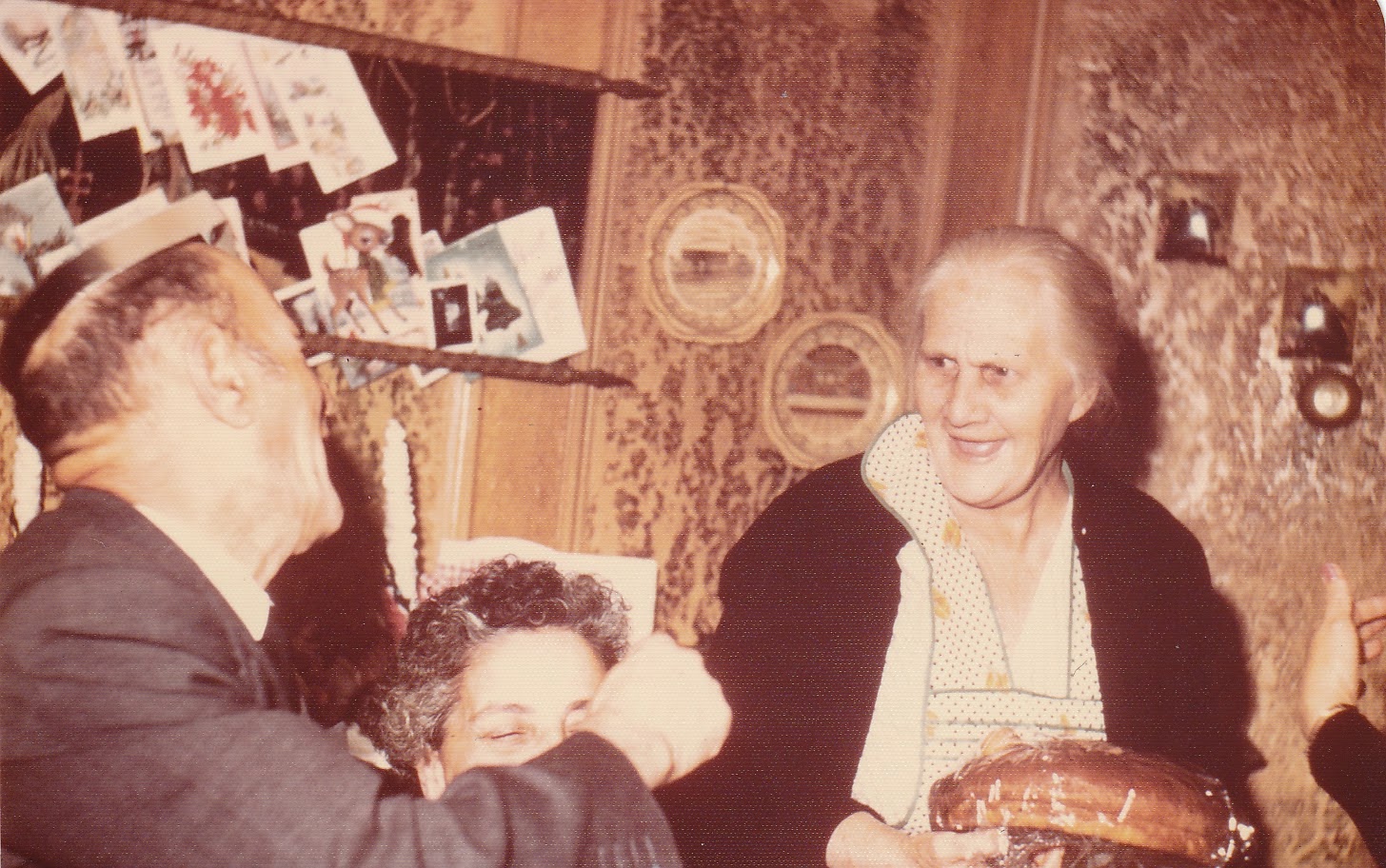 She hated to have her picture taken, which means I have very few. The one to the right is the only one I have in which she's laughing, which makes it even more precious.

Remember that cousins' reunion I went to in Baltimore a few weeks ago? One of our conversations there does a pretty terrific job of nailing my hard-as-nails grandmother. (I'm telling you, when she played Pinochle, woe to anyone who made a play she didn't like...) Anyhow, at the reunion, my older cousin Patty said she was the only grandchild who ever got to spend the night at Nana's. I said I'd spent the night with her... my cousins Diane and Phyllis said THEY'D spent the night with her... and I suspect if more cousins had been there, even more would have said the same. Know why? Even though she had a bazillion grandchildren, that tough old broad knew how to make each of us feel special. From the big mugs of sweetened milk-laden tea and rye bread slathered with grape jelly she fixed for us, to the neat things she let us make from her big ol' can of clothespins, she somehow managed to show each of us that she loved us unconditionally. She was our biggest advocate, and like I said, a truly amazing woman. It's almost inconceivable that she's been gone for more than fifty years, but trust me, that special lady will live on forever in our hearts.

Now, your turn. Tell me about your favorite old broad or older lady, if you prefer... could be a relative, friend, celebrity, whatever. Doesn't have to be long, but it can be if you wanta. Heck, you can even write a poem about that special lady if you'd like. This isn't exactly a blogfest, because we're busy technically deficient lazy keeping things low-key, but we can call it a broadfest. Let's have some fun with it, shall we? Don't forget... one of you who tells us about your favorite broad on any of our blogs is gonna win a free book. The rest of you can buy it... after all, it IS for a very good cause. Besides, you might actually LIKE our poems! (Link to Amazon in the image in the sidebar. Easy-peasy...) And if ya would? Please help us spread the word about our spiffy book.

Now, in praise of older ladies...