When Butterflies Flutter By

Thought for the day:  Why didn't Noah swat those two mosquitoes when he had the chance?


I can't be too bad; mosquitoes certainly still find me attractive. Matter of fact, all bugs, both the creepy-crawlies and the airborne, have always had an impressive talent for picking me out of a crowd.

Without a doubt, though, mosquitoes have gotta be my biggest fans. If I'm outside with ten other people, only one of us will be attacked by a swarm of those blood-thirsty little... darlings. Me. Doesn't matter worth a flip if I'm wearing repellent, either, because the skeeters around here consider DEET to be nothing more than a finishing sauce.

I'm telling ya, when I go outside in the morning to get the paper, they're hunkered down waiting for me like a squadron of fighter jets with their engines running, and they immediately swoop after me like a bunch of hungry teenagers at the dinner table. I have found one way to get the upper hand... actually, upper foot... with them, though. When I pick tomatoes in the afternoon, the greedy little suckers gorge on my blood until they get so bloated, they can't even fly anymore. They just hover about six inches off the ground,  groaning and holding their bellies. So I... step on 'em. (While singing, Hit the road, Jack, and don't you come back no more, no more, no more...)


Bees like to have their way with me, too. I've gotten lots of bee stings over the years, but the worst were the ones on my upper lip and between my eyes. The resultant swelling made me look like the cover picture for a monster magazine, which my big brother was only too happy to point out. (In his defense, we were young. If it happened now, I'm sure he'd try to stifle his guffaws.)

But at least bees serve a purpose, unlike those pesky mosquitoes. (Unless you call spreading disease a divine calling.) Isn't that picture of the bee absolutely phenomenal? Would you believe that little guy is carrying pollen?! What a shot!


Oh, look... that butterfly and bee are sharing the same bloom. Hmmm, could they be discussing.... me?

Perhaps the bee is agreeing not to sting me this time...? 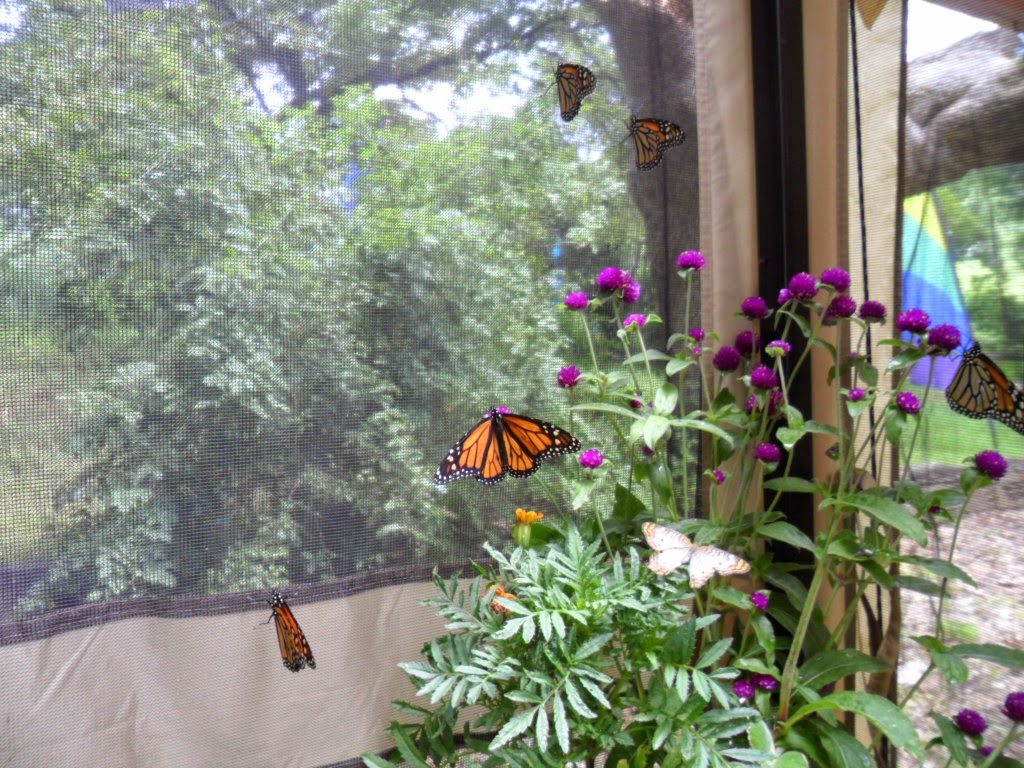 Oh my goodness, just look at all the butterflies!

My thoughts are like butterflies. They are beautiful, but they fly away. [anonymous] 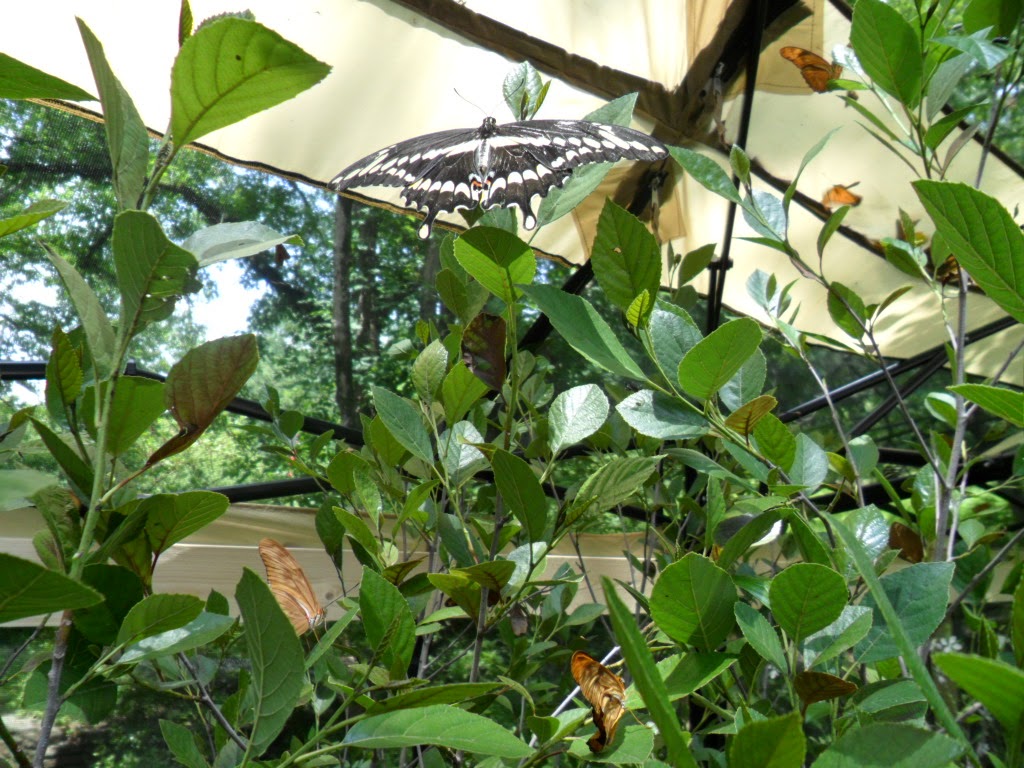 Oh, and lookie there. I think that one's a swallowtail.

May the wings of the butterfly kiss the sun and find your shoulder to rest upon, to bring you luck, happiness and riches, today, tomorrow, and beyond. [Irish blessing] 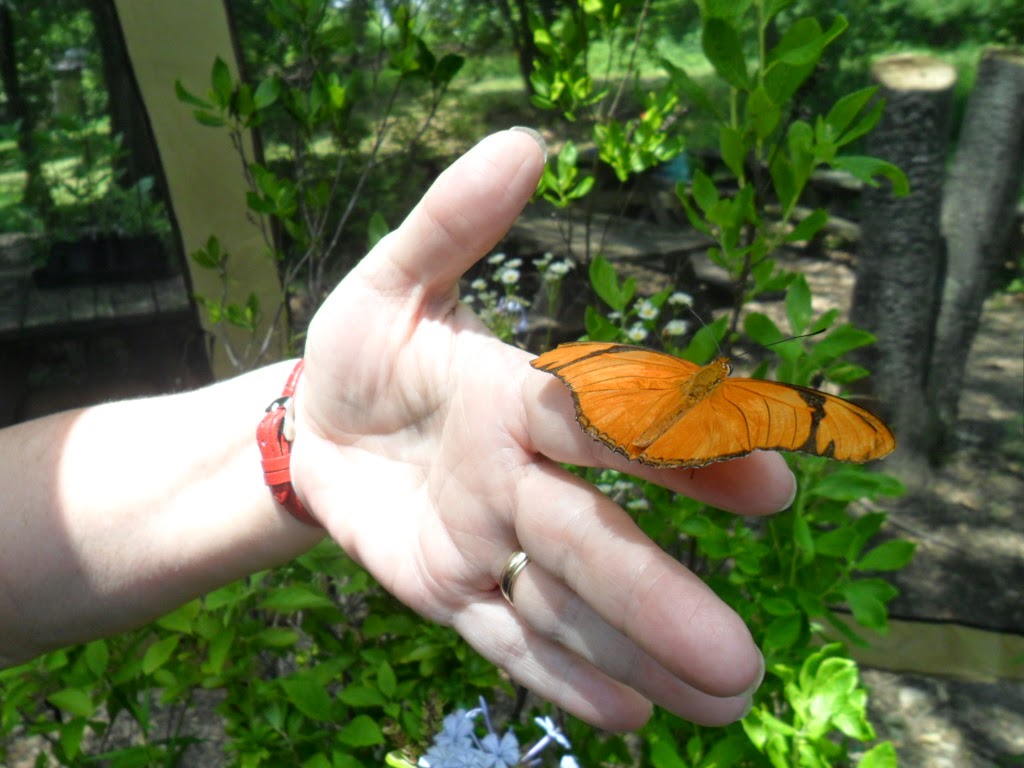 Happiness is a butterfly, which when pursued, is always just beyond your grasp, but which, if you will sit down quietly, may alight upon you. [Nathaniel Hawthorne] 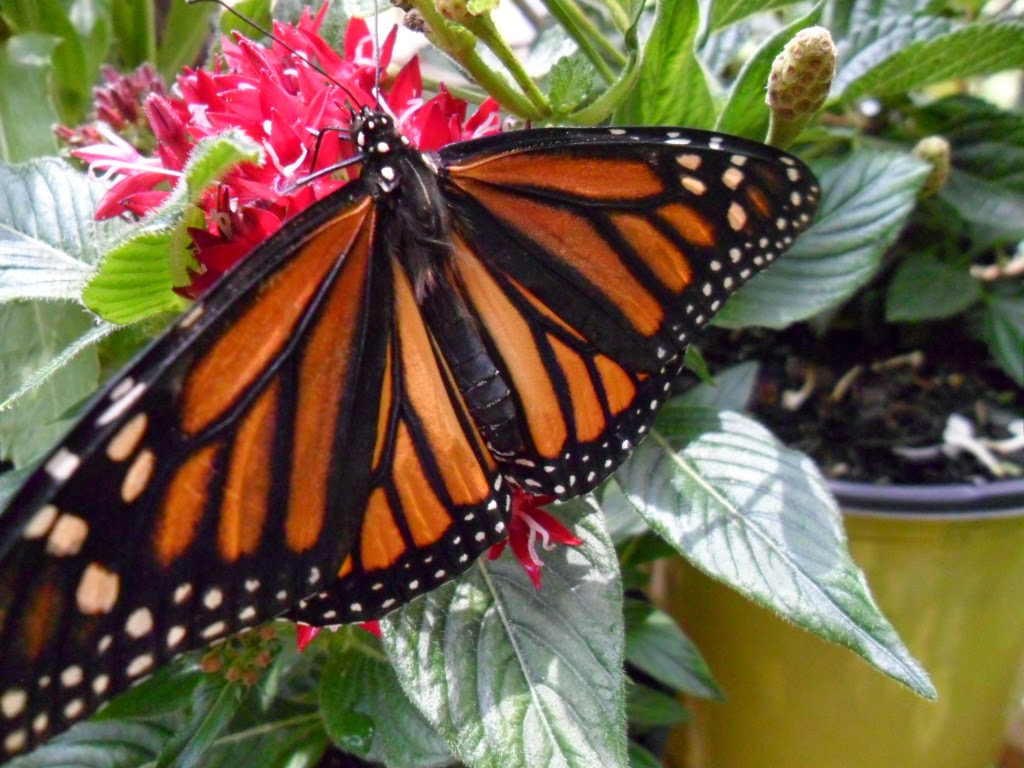 This monarch is a real beauty, isn't it? And it posed so nicely for me... 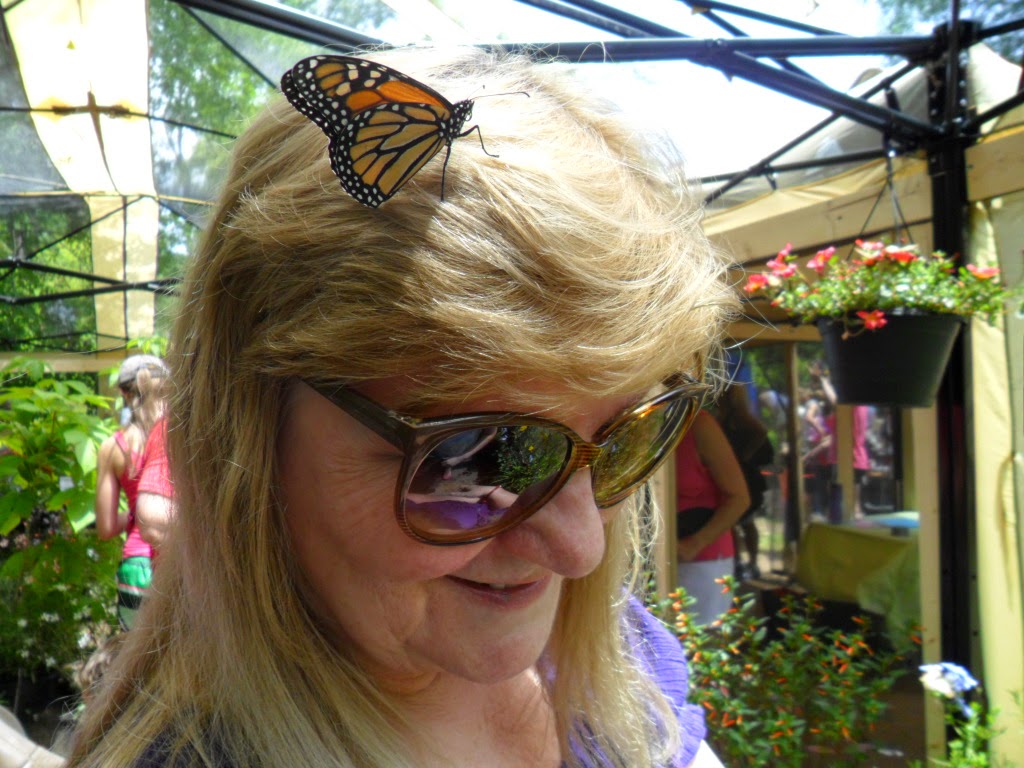 Know what? That made up for every mosquito, bee, fire ant and spider who's ever been attracted to me.

What can I say? If you think about it, it's a lot like life. We have to put up with some painful bites and stings over the years, but beautiful blessings also have a delightful way of fluttering by and oh-so-gently... pooping on your head.


Wanta hear whose favorite old broad comment won a copy of Old Broads Waxing Poetic? Okay. (Insert drum roll here.) It's a pleasure to announce that (ta-DA!)  Stephen T. McCarthy takes the prize this time around with his expression of unabashed love and admiration for his mother. (sniff) Ya gotta love a guy who loves his ma. (If you'd like to read his comment, it's in the previous post.)

This old broad is gonna be flitting around here and there being a social butterfly for the next four days or so, but if all goes well, I'll be back to responding to your comments on Tuesday.