A Head of Her Time

Thought for the day:  Remember, Ginger Rogers did everything Fred Astaire did, but she did it backwards and in high heels. [Bob Thames]


No, this isn't gonna be a post about dancing... or shoes. Coming up right around the bend, on March 8, is International Women's Day, so what better way to mark it than by writing about some remarkable women? I was going to do a post about some female inventors, but then I remembered the following post, A Woman's Place, which I published on March 8, three years ago. I decided it's well worth a second look, and the lady inventors can just jog in place until later this month. Before we go to ye oldie but goodie re-run, let's kick things off on the right toe-tapping foot, with a little Ginger and Fred, shall we?

Thought for the day:  For most of history, Anonymous was a woman.  [Virginia Woolf] 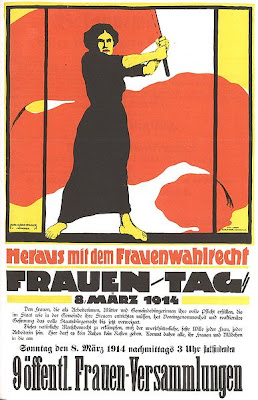 The tradition started in 1910, but its roots were based in socialism, so for many years, only places like Russia and Eastern Europe paid any attention to it. That is, until 1977, when the U.N. finally climbed aboard, and officially proclaimed March 8 to thereafter be known as
International Women's Day.


So where's my damned cake?


A woman is like a teabag: you can't tell how strong she is until you put her in hot water.  [Eleanor Roosevelt]

Okay, no cake to go with my tea. (For now.) Nonetheless, I'll honor the day by telling you a little something about a little-known kick-ass American woman who deserves a spot in our history books.

Okay, quick: Who was the first woman in American history to run for national office? 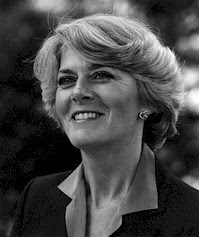 She was the first to be nominated by a major party, but would you believe the first woman, who actually ran for President, did so fifty years before women were even granted the right to vote?

I kid you not. That lady had some serious kinda chutzpah. 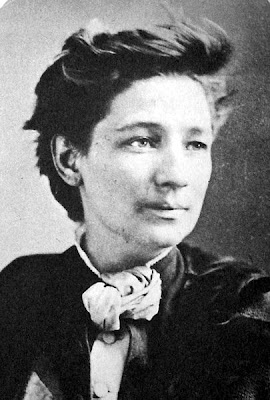 Yep, her name was Victoria Woodhull, and in 1872, the Equal Rights Party nominated her as its presidential candidate. Equal rights is exactly what she believed in, too... for women, for blacks, and for the working class.A year earlier, she became the first woman in history to appear before the House Judiciary Committee, where she delivered an impassioned and articulate argument for women's suffrage. And she had other radical outside-the-box ideas, too, such as an eight-hour workday, graduated income tax, social welfare programs, and profit-sharing. Not exactly mainstream thinking for her day.

In 1870, before she ran for office, she was the first woman to open a Wall Street brokerage firm. Made a boatload of money, too, some of which she used to become the first woman to found a weekly newspaper. The purpose of the paper was to support her run for office, and its primary interest was feminism. During its six years of publication, the paper covered such taboo topics as sex education, free love, women's suffrage, short skirts, spiritualism, vegetarianism, and licensed prostitution.

I used to be Snow White, and then I drifted. [Mae West] 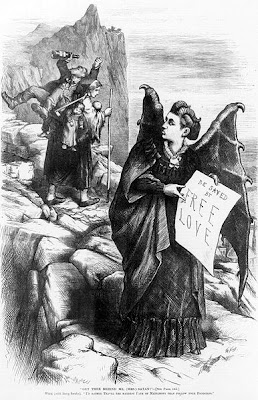 Uh, yeah, I did say free love. Not an orgy-filled, spouse-swapping kind of free love, mind you, although by the way she was treated by many people of her time, you would have thought that's exactly what she was espousing. What she believed in was a woman's right to marry, divorce and bear children as she saw fit... without governmental interference.

At right is a Thomas Nast caricature of Woodhull, depicting her as Mrs. Satan. She's holding a sign that says, Be saved by FREE LOVE, and behind her is a woman, laden with children and a drunken husband. In the caption, the woman tells Mrs. Satan, I'd rather travel the hardest path of matrimony than follow your footsteps.

See? Not even the women of Woodhull's day supported her ideas. Not that it mattered... they couldn't vote. 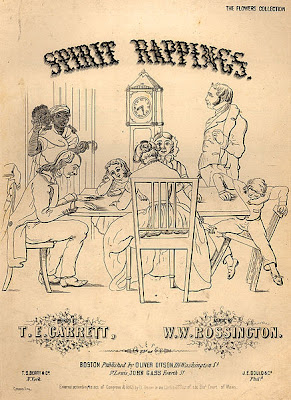 Oh, there's a lot more to the story of Victoria Woodhull... like her dabbling in magnetic healing and spiritualism; her friendship with Cornelius Vanderbilt; and why she was thrown into jail two days before the 1872 election... on obscenity charges.

But I said I was only gonna tell you a little something about Ms. Woodhull, so suffice it to say, she didn't receive a single electoral vote. Following the election, she said, The truth is that I am too many years ahead of this age and the exalted views and objects of humanitarianism can scarcely be grasped as yet by the unenlightened mind of the average man.

Okay, so I never said she was humble. But she was right. Many of the reforms she campaigned for, considered extreme and controversial in her time, later came to pass. By the way, know who her running mate was? Frederick Douglass... the first black man nominated for national office.

How do you know if it's time to wash the dishes and clean your house? Look inside your pants. If you see a penis in there, it's not time.  [Jo Brand]

Well, it's not time for me to wash the dishes and clean house, either. Not yet. It's time to bake myself a damned cake. I am woman; hear me roar!

A woman should always know her place. Yep, by golly, a woman's place is in the House... and the Senate... and maybe someday...  the White House.

So on this day, International Women's Day, let us raise a glass to all those wonderful women worldwide, both known and unknown, who spent (and continue to spend) their lives striving to make this world a better place, and who exemplify these words by Maya Angelou: ... you shouldn't go through life with a catcher's mitt on both hands. You need to be able to throw something back. 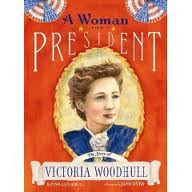 I always wanted to be somebody, but now I realize I should have been more specific.  [Lily Tomlin]

Before we go, how about another short video? Again, it features Ginger Rogers, but this time... with Lucille Ball. It's bound to put a smile on your face and start the weekend off with a... real big kick.


Until next time, take care of yourselves. And each other.
(Hey, ladies... why not treat yourselves to a cake?)