Thought for the day:  Learning is a treasure that will follow its owner everywhere. [Chinese proverb] 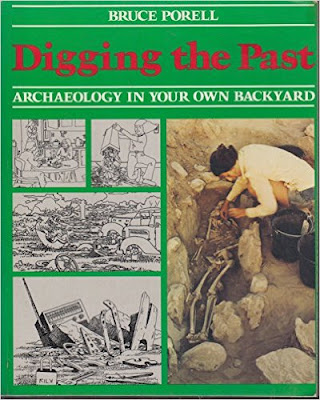 There's all kinds of treasures in this world. Learning is definitely one of them, and one that I value highly, but when you were a kid, did you ever dig for buried treasure? Only things I ever found were pretty rocks and fat wiggly worms, which inevitably led to a different kind of quest... for fish.

Well how about if I tell you about someone else's tenacity in solving a mystery, and his successful search for buried treasure that led to a whole new world of learning? 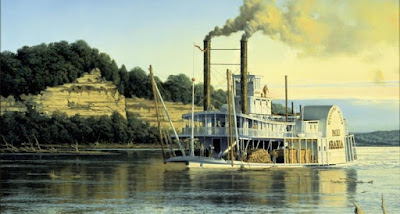 The roots for this story were set before the Civil War, when steamboats were a vital part of America's economy, moving goods and people up and down her mighty rivers. This picture, sent to me by a friend, is a rendition of the steamship Arabia, who happens to be the star of our tale. 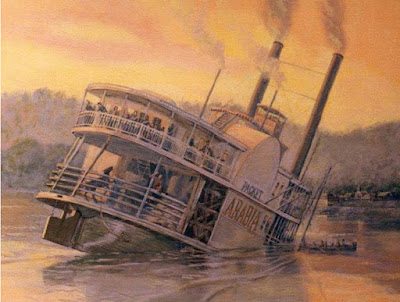 On September 5, 1856, this steamboat, on a voyage to deliver two hundred tons of cargo and one hundred and thirty passengers to sixteen different frontier towns, hit a submerged tree, ripped a hole in its hull, and in a matter of minutes, sank to the muddy bottom of the Missouri River. All human passengers survived; the sole fatality was a hapless mule.

The boat, like other steamboats that had met the same fate, was believed to be lost forever.


A river is more than an amenity; it is a treasure. [Oliver Wendell Holmes, Jr.]

In this case, as the years went by, the treasured Missouri River wasn't the one hiding the Arabia.

A local amateur treasure hunter named Bob Hawley was particularly intrigued by this missing steamboat and the mysterious cargo she held.  He knew the course of the river had shifted decidedly eastward over the years, and based on extensive research, he and his sons surmised in 1987 that the missing Arabia might be located in the middle of a Kansas City cornfield. The farmer graciously agreed to let them search and dig in his field... as long as they were done in time for spring planting. They were. After Hawley's metal detector pinged the boat's boilers, with the use of heavy equipment, he, his sons, and some other family members and friends, uncovered the missing boat four months later... forty-five feet down, and a half mile from the current riverbanks. In the course of their work, they removed twenty thousand gallons of water from the site.

The location of the boat isn't the most amazing part. The most amazing part is the condition of its contents. Buried under the mud for over 130 years, the goods were beautifully preserved, serving as a time capsule from the past, and showing us more about the needs of day-to-day living in frontier American than any history book alone could ever do. The remarkably preserved contents of this boat included clothing, tools, guns, food products, dishes, jewelry, wine, window glass, French perfume, lumber, a couple of prefab houses, a sawmill, and a case of cognac.

The past is a treasure chest filled with learning opportunities for our present and future, but only if we look inside. [Kevin Eikenberry] 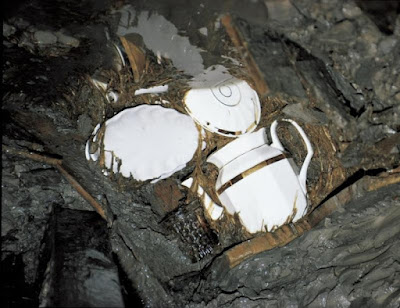 This fine china was still preserved in its original yellow packing straw. 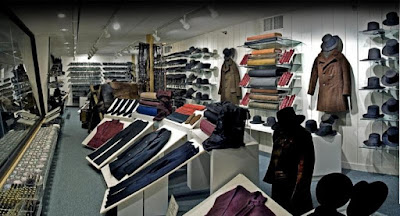 Here's a glimpse at some of the recovered clothing.

You probably know that calico was a very popular fabric for making dresses back then, but most of the calico dresses didn't fare too well during their time spent in the mud. However, these porcelain buttons, printed to match the dresses they adorned, survived beautifully. 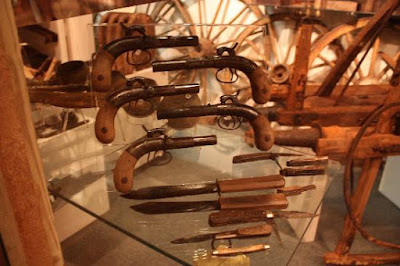 Many guns and knives were recovered. 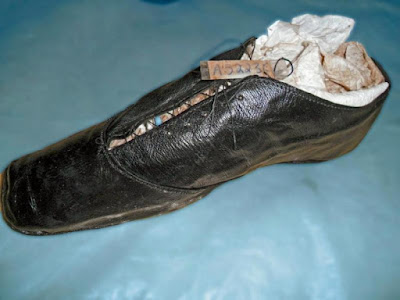 Check out this spiffy-looking rubber shoe. 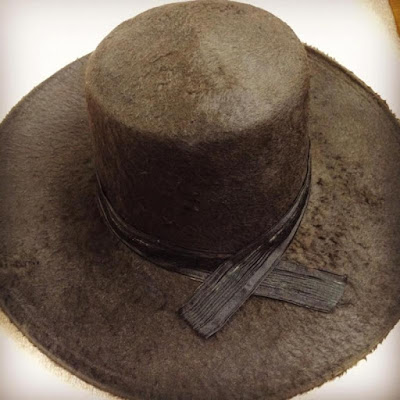 And a beaver-skin hat. Naturally waterproof! 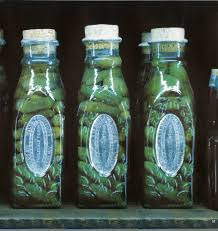 The world's oldest pickles? Because there was no air reaching the foodstuffs, it was surmised that the jars of food were still edible. To test that theory, one brave escavator ate one of the pickles. According to him, the 130+ year old pickle still tasted fresh. 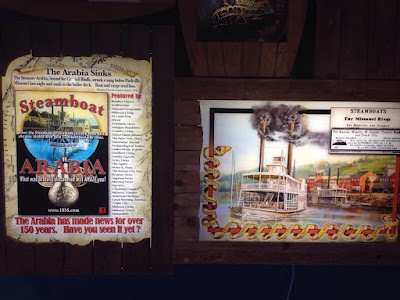 These signs hang inside of the Steamboat Arabia museum in Kansas City. Alas, most of us will never have the opportunity to visit that museum in person, but rather than me posting more pictures, how about something much better?

A video taken inside the museum!