Thought for the day: I shipped my characters to Alaska, but on second thought, maybe I should've sent them to Mali-boo... 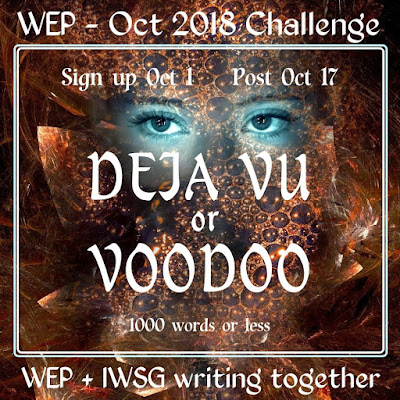 Since this is my buddy/kid sister Renee's last month to be on the WEP team, and she said she'd really like it if I participated... how could I not?

To access the stories written by the other participants, please go
HERE

John sat rigidly erect in his recliner, deeply engrossed in Yolanda Renee’s latest murder-and-mayhem mystery. Nowadays, getting lost in her books provided just about the only spark in his otherwise meaningless existence.

He dropped the book and gasped. Drowning in his own saliva wasn’t exactly the heroic demise he’d imagined for himself, but apparently, his dear wife thought otherwise. After his coughing spell ended, he regarded her through watery eyes. “I wish you wouldn’t do that, Gladys.”

The sound of her laughter echoed in the room. “I’m sorry, dear, but how can I possibly stop when you continue to make it so amusing for me?”

She perched on the arm of his recliner. “Don’t you miss me?”

A smile toyed with the corners of his mouth. “How can I miss you if you never go away?”

“That’s a terrible thing to say! Haven’t I always been a good wife to you?”

She left her perch to peer at their faded wedding picture on the mantelpiece. “We were so young,” she said with a sigh. Then she spun to face him, her alabaster skin nearly translucent in the lamp’s soft glow. “You haven’t taken me anywhere in ages!”

John closed the book and set it on the table beside him. “Gladys, sweetheart, I don’t know how to tell you this, but you’re dead. Remember?”

“Of course, I remember, you silly man, but just because I stopped breathing doesn’t mean I stopped thinking, and what I think is you need to take me on a trip.” She smiled. “It isn’t too late to take that Alaskan cruise we were always talking about.”

John wiped his hand over his face and shook his head. “Yes, Gladys, it is too late. You’re dead. D-E-A-D dead. Why aren’t you making mischief in Paradise?” He frowned. “That’s where you’re supposed to be, right? Not that… other place…”

“A cruise.” He shook his head again.

Gladys grinned. “And guess what, Mr. Tightwad? Good news! You only have to buy one ticket now.” 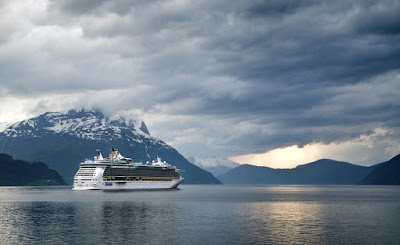 Against his better judgment, John made the arrangements. First class all the way, too. Maybe it wasn’t too late to keep at least one promise to her. On the other hand, maybe he was stark raving mad, and he was destined to be tormented by her imaginary visits until the day he died. Either way, he had to try.

He kept expecting Gladys to pop in at any minute to say how excited she was about the trip, so he spent the next week on full alert...  but she never showed. This cruise was supposed to be for her. So where was she?

When he boarded the ship, he scanned the crowd before rushing to his stateroom, but she was nowhere to be found. He stared despondently at the roiling gray water as the ship eased out to sea. What was the point? Where was she? 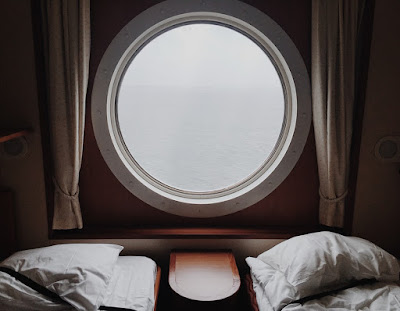 His stateroom might as well have been an outhouse for as little as he appreciated it. He forced himself to nibble some of the perfectly-prepared food, but without Gladys beside him, the chef might as well have served him a pile of sawdust. 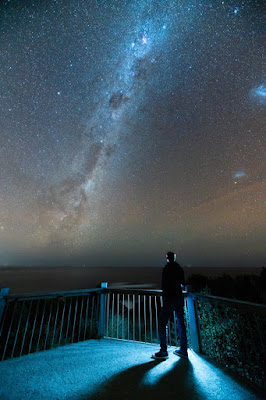 The last night of the cruise, John sat on the deck gulping bourbon. It was time to accept it: the party was over. Gladys was gone, and she was never coming back. It was just his guilty conscience over all his broken promises that made him imagine her visits. Nothing but wishful thinking, and he was a damned fool to ever think otherwise.

He snorted. Why would anyone leave Paradise to spend even a minute with the likes of him? He was a lousy husband, and she deserved better.

John’s eyes filled with tears at the sight of her standing on the railing in front of him. She smiled and executed a graceful pirouette.

“I know you did.” She hopped down and sat in the lounge chair beside him. “And now we do, sweetie. We have an eternity.” 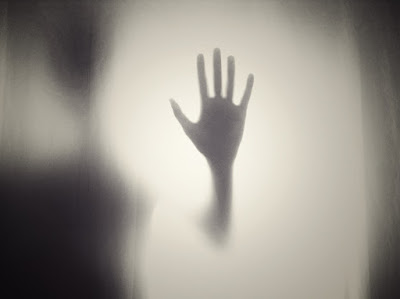 She stretched her hand toward him, and he reached out to grab it. He touched nothing but moist salty air, but an intense coldness like he’d never felt before spread from his fingertips, up his arm, and through his entire body.

John opened his eyes slowly. Where was he? It was hot. Hot as… 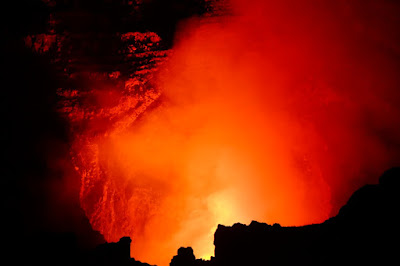 Panic spread through him as he gaped at the abyss and  tall flames behind her. No, no, no, this couldn’t be. If the road to hell was paved with good intentions, he belonged here, but surely… not Gladys! She was an angel. An angel with a wicked sense of humor, but an angel, nonetheless.

[All images in this post are courtesy of the fine photographers at Unsplash.]