Full Disclosure: I'm Not a Trend-Setter 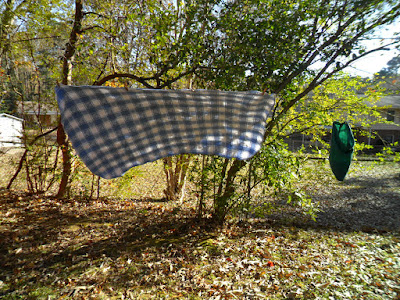 I just came in from hanging a tablecloth on the clothesline. Perfect day for it, too. Wall-to-wall sunshine, and a nice breeze blowing, the kind of day that does a lickety-split job of drying, and leaves everything smelling like the great outdoors. As I hung it, I thought about the tons of clothes I've clipped onto clotheslines over the years... 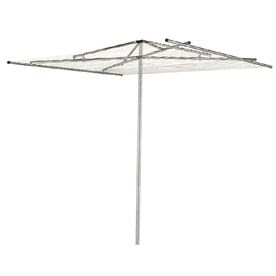 We lived in a row home when I was a kid, and had a fold-up umbrella type clothesline. In those days, every back yard in the whole congested neighborhood held a clothesline of some sort, and hanging clothes outside wasn't just a necessity; it was a time for bona fide over-the-fence socializing. 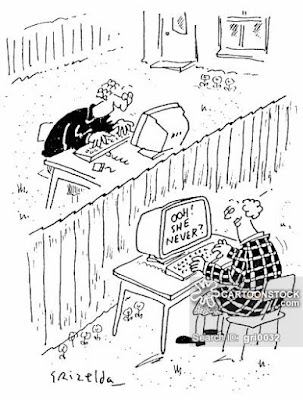 I reckon our love affair with computers have changed that scenario quite a bit, eh?


But anyhow, back then, hanging clothes was a time for gossiping, political opining, recipe swapping, and talking about the latest guest on the Ed Sullivan show. I was a latchkey kid, so most of the time, I was the one out there hanging clothes behind our house, and for some unfathomable reason, the neighbor ladies accepted me as their pint-sized equal. 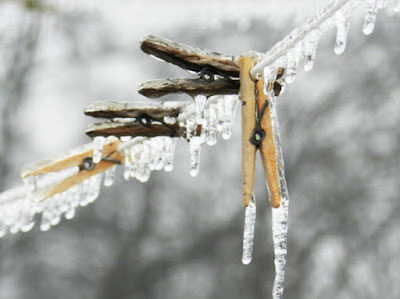 Now, not all the memories of those times are rosy. Trying to fold frozen clothes with equally frozen fingers wasn't a whole lot of fun. 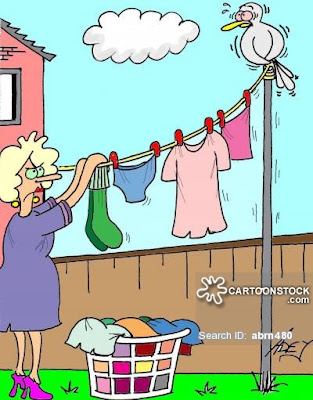 Wasn't too great when one of our dogs completely shredded everything hanging on the line, or when a flock of mulberry-eating birds selected our humble sheets as a primary bombing target, either. But all-in-all, I remember those days fondly.

The first house Smarticus and I bought boasted a killer clothesline. Big sturdy metal tees with half a dozen long lines stretched between them. (As Tim Allen would say, "R-R-R-R!") The thing was, it was a pretty big yard, so there was never any socializing over the fence while hanging clothes. Then, most everybody got clothes dryers, so it became a rarity to even see anybody outside with a wet basket of laundry.

When we moved here to the sunny South, there were no clothesline to be seen in our neighborhood at all. Zip, zilch, nada. I reckon it was considered "common" or "old-fashioned" to hang clothes on the line in 1971. Anybody who was anybody had the latest, greatest clothes dryer by then. Even me. But I also had a clothesline in the back yard. Something big enough to hang sheets, because, really, is there anything that smells as wonderful as bedclothes filled with the smell of sunshine? Alas, in time, I, too, grew weary of hanging clothes. It's too bloody hot here in the summertime. And well, yeah, a dryer really is convenient.

But I still have ONE line strung out back, and always will. And when I was out there hanging that tablecloth this morning, lo and behold, the man who lives behind us was hanging something on a line in his yard, too! He's a new neighbor, and it's a brand new line. And get this: we exchanged greetings. It wasn't exactly heavy-duty socializing like days of yore, but it sure felt good. And I've noticed that some of the young families moving into our neighborhood are putting up clotheslines, too. Going green, they say. But I say, what's old is new again. 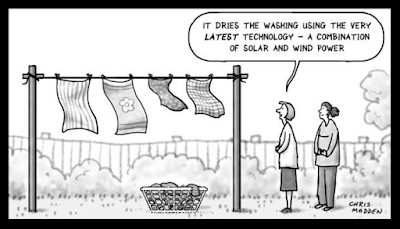 Like lots of other things. Our daughter used to tease me unmercifully because of some of the clothes I wore. Like clam diggers. In fact, she teased me so much, I finally got rid of them. And wouldn't ya know, they're all the rage now. They call 'em capri pants these days, but as far as I'm concerned, they're just good old clam diggers with a fancy name and attitude. So in years to come, if you should happen to see me sporting a suddenly popular pair of bell bottom pants, it won't be because I'm a trend-setter. It'll be because I never got rid of my old ones. And if red patent leather platform shoes ever come back into style, I'm all set. And (shhh) just between you and me, I'm never giving up my slouch socks. 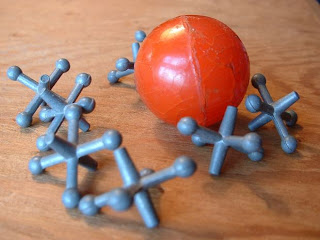 Until next time, take care of yourselves. And each other. Think I'll go pull out my old bag of balls and jacks. My skills could use a little brushing up.

P.S. Hanukkah, an eight-day festival celebrating the triumph of light over darkness, of purity over adulteration, and spirituality over materialism, begins this weekend. To all who are Jewish, I wish you a very happy Hanukkah. For the rest of us, I believe we, too, should embrace the ideals of light over darkness.

If you're gonna be lighting a menorah, I bet you won't be doing it quite like THIS: