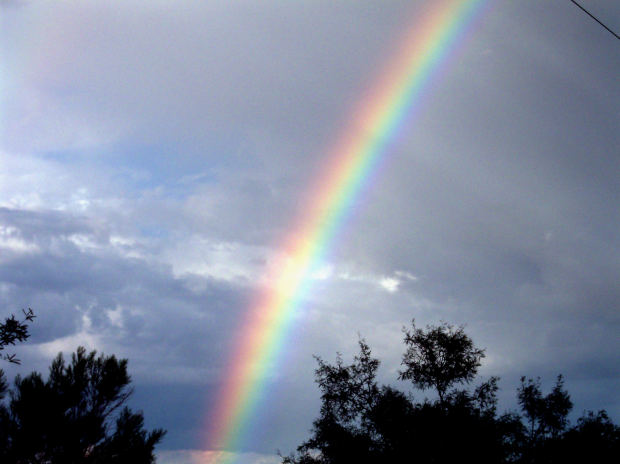 Thought for the day: It is a curious thing, the death of a loved one. We all know that our time in this world is limited, and that eventually all of us will end up underneath some sheet, never to wake up. And yet it is always a surprise when it happens to someone we love. It is like walking up the stairs to your bedroom in the dark, and thinking there is one more stair than there is. Your foot falls down through the air, and there is a sickly moment of dark surprise as you try and readjust the way you thought of things.{Lemony Snicket] 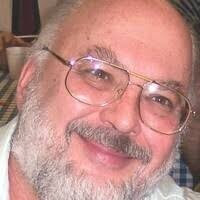 Hi. Last time I posted was July 24, when I told you the end was near. It was even nearer than I feared. The love of my life took his last breath the very next day, and life will never again be the same.

And yet, somehow, life goes on. It's chaotic, a little scary and sometimes overwhelming, but there are still moments of levity amid the tears. Our daughter Sunshine spent the night on the 24th, and my gal pal Pam was planning to stay the next night. I guess you could say they were kinda circling the proverbial wagons around me, offering their support and trying to shield me from what we all knew was coming. I'll be forever grateful Sunshine was here when Mike died, and even more grateful that she stayed another night. That afternoon, my daughter-in-law Sarge popped in for a surprise visit. She was on her way home to Alabama from visiting a friend in Charlotte, and she just planned to stop by to give me a hug, but she ended up staying overnight, too. Sunshine's husband came over for five hours or so, and I know Mike would've approved of how the four of us spent the evening... we ordered pizza, turned on the music he and I always played while shooting pool... and we shot pool. Sure, there were some tears, but there was plenty of reminiscing and laughter, too.

There's been so much to do, so many things I had to learn to do that I never expected or wanted to do. (Being the adult in charge sucks!) Everything from having to fix a squealing toilet to dealing with all kinds of government agencies and a multitude of banks, insurance companies, and the probate court. Because the titles to all seven of our vehicles are in Mike's name, I have to go through probate before I can have them re-titled in my name. Not a pleasant discovery, I'll tell ya. The will leaves everything to me, but that doesn't matter. Nope, because those stupid titles are in his name, the kids, as heirs, still have to attest not to contest said will. Then the judge will provide me with the required letter to take to the tag-and-title folks so I can change those titles to my name. At that point, I can sign over six of the vehicles to our kids. (Hopefully, before I have to pay insurance on all those buggers.) A tip to you guys: if you're married, consider putting all of your assets in both of your  names. It makes things a lot easier.

To tell the truth, it still doesn't seem real. After being a part of my life for more than sixty years, it doesn't seem possible that he's gone. I arrange his pillow lengthwise in the bed every night, so if I wake up in the middle of the night, I'll see a shape in the dark beside me. Not that I'm fooling myself, but it's a teeny tiny crutch to keep me from breaking down if I open my eyes and see the obvious expanse of empty bed next to me. A million times a day, I think I have to ask him something... or tell him something. If I doze off in front of the TV, I startle awake and immediately look at his half of the love seat. When I don't see him there, my first thought is... he went to bed without me...?

Going through his stuff, I'm astounded at what a pack rat he was, and touched at some of the "treasures" he'd tucked away. Like ticket stubs to the movies, shows, and museums we went to together. Our kids' baby teeth! Poems I'd written to him over the years. Lots of crap, too, like a bazillion cheap hand-outs he'd picked up at the many trade shows he attended over the years. It seems like he placed the same relevance to old yellowed receipts for items we owned forty years ago and to long-defunct insurance policies as he did to current banking, stock information and insurance policies. To be sure, it's been a challenge, and if I continue working at it every day for the rest of my life, I don't think I'll ever get it all squared away. But I'll try. It's my goal to clear things out and simplify things as much as I can to make it easier on the kids when I go to that great big pool parlor in the sky. I sometimes wonder if Mike left me this ungodly mess on purpose... you know, to keep me so busy I don't have much time to think or wallow in grief.

I have a feeling he's watching and laughing his ass off at me trying to figure it all out. Before we were married, he took great pleasure in driving me to the middle of nowhere and challenging me to find the way back home. Me?  Directionally challenged me? Oh yeah, I got us home eventually, but sometimes we meandered in clueless circles for hours, until he'd start saying things like, "Are you sure you want to go that way?"  Laughing. Making me laugh. Reminding me that we both had to go to work the next day...

Now, I'm struggling to navigate through a whole new kind of existence, and he's no longer here to nudge me in the right direction. I'll undoubtedly make some wrong turns, and sometimes, I feel a tsunami of emotions washing over me, but I'm treading water as fast as I can. So far, so good. I like to think he's somehow helping me keep my head above the water.

There's a shelf above the big-screen TV in our pool room. That's where his ashes rest... right in front of a triangularly-folded U.S. flag,...and surrounded by five smile-inducing minions. I think he'd like that.

My kids, grandkids, and friends... including you guys... have been tremendously supportive. In a way, lots of people are helping me keep my head above the water. That's good. After all, Mike might have something better to do these days. I sincerely hope so. 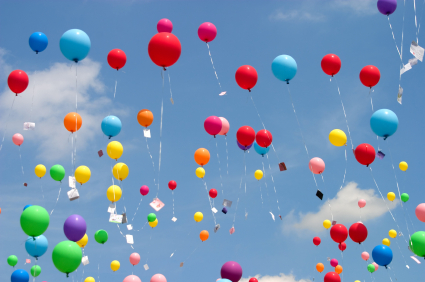 I've told my kids that when I die, to release balloons in the sky to celebrate that I graduated. To me, death is a graduation. [Elisabeth Kubler-Ross]