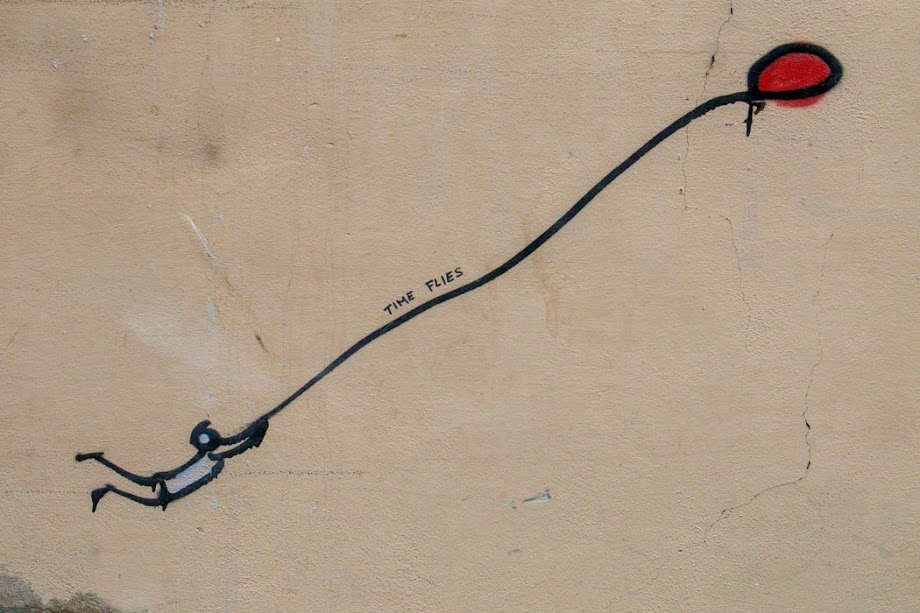 
Thought for the day:  Some things are too much fun to do only once.

Know what THAT means, dontcha? Time for a (ta-DA!) re-run. This post was first run almost a year ago, so lots of you haven't seen it. And for the rest of you, maybe you've seen it, but completely forgot about it. Cool. At any rate, my brain's on strike today  what's old is now new again. When first published, this post was entitled, Bad Day at the Office?
***** 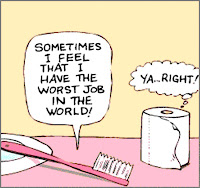 So, what's the worst job you ever had?

Most of us have had at least one workday so dismal we're convinced nobody could possibly do worse. Me, I came home from the hospital one day, totally exhausted and sick to stinking death of running lab tests (not number one time, not number two times, but in triplicate!)  most of the day on urine and stool samples. I grumbled about how sick I was of hearing "urine and stool, urine and stool, blah, blah, blah . . . "  My mother calmly said, "Would you rather they called it s*** and p***?" She had a point.


Actually, I've liked every job I ever had. Ironically, the leadership position I held with a volunteer organization was the only one I ever had where I had to "fire" people. Yeah, fire volunteers. Fancy that. Although I loved that job overall, I hated having to let people go. But other than that, I've been pretty lucky.

So, what ARE some of the world's worst jobs? Surely, catching elephant poop in a bag and sniffing armpits for a living have to rate as pretty lousy, but what do the people in the know say? Popular Science comes up with a list of the ten lousiest jobs every year, and here are this year's . . . uh,  winners?
Those who have jobs stuck behind a desk all day, especially during drop-dead gorgeous weather, often envy those who get to work in the great outdoors. Fresh air, sunshine, and wow, how about in the water? What's not to love, right? 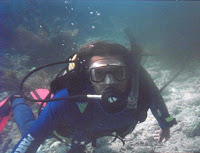 The following first hit the Internet in the late '90s, and allegedly, is an actual email from a poor schnook named Bob. He's supposedly a commercial saturation diver for Global Divers in Louisiana, and his job is to do underwater repairs on offshore drilling rigs. When his sister received his email, she sent it to an Indiana radio station, which happened to be holding a worst job experience contest. Which she won. Whether or not it's true, it sure is funny.

Just another note from your bottom-dwelling brother. Last week I had a bad day at the office.

I know you've been feeling down lately at work, so I thought I'd share my dilemma with you to make you realize it's not so bad after all. Before I can tell you what happened to me, let me bore you with a few technicalities of my job. As you know, my office lies at the bottom of the sea. I wear a suit to the office. It's a wet suit. This time of year the water is quite cool. So what we do to keep warm is this: we have a diesel powered industrial water heater.

This $20,000 piece of equipment sucks the water out of the sea. It heats it to a delightful temperature. It then pumps it down to the diver through a garden hose, which is taped to the air hose. Now this sounds like a darned good plan and I've used it several times with no complaints.

What I do, when I get to the bottom and start working is take the hose and stuff it down the back of my wet suit. This floods my whole suit with warm water. It's like working in a Jacuzzi. Anyway, everything was going well until all of a sudden, my butt started to itch. So, of course, I scratched it. This only made things worse. Within a few seconds, my butt started to burn. I pulled the hose out from my back, but the damage was already done. In agony I realized what had happened. The hot water machine had sucked up a jellyfish and pumped it into my suit. Now, since I don't have any hair on my back, the jellyfish couldn't stick to it. However, the crack of my butt was not as fortunate. When I scratched what I thought was an itch, I was actually grinding the jellyfish into my butt crack. I informed the dive supervisor of my dilemma over the communicator. His instructions were unclear due to the fact that he, along with five other divers, were all laughing hysterically. Needless to say, I aborted the dive.

I was instructed to make three agonizing in-water decompression stops totaling thirty-five minutes before I could reach the surface to begin my chamber dry compression. When I arrived at the surface, I was wearing nothing but my brass helmet.

As I climbed out of the water, the medic, with tears of laughter running down his face, handed me a tube of cream and told me to rub it on as soon as I got into the chamber. The cream put the fire out, but I couldn't use the can for two days because my butt was completely swollen shut.

So, how about you? Had any jellyfish bad days lately? 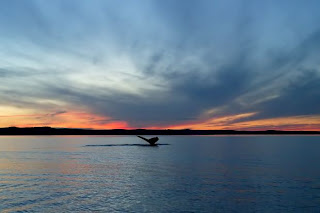