Anybody Recognize This Bum?

Thought for the day:  Yeah, it's cold, but they have cheap lobster. 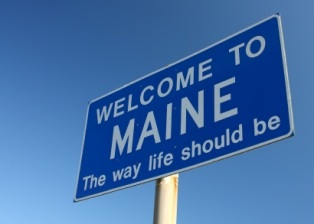 There's a lot of good things to say about Maine, but if you live there, ya better like snow. A lot. The average annual snowfall in Augusta is only eighty inches, but would you believe in 1996, they had a whopping 173.8 inches? Whew! That's a LOT of shoveling!

But that isn't the whole story. The Pine Tree state has a lot more going for it than a ton of cold white stuff every year. Like waterways, forests, parks, quaint fishing villages, and a bazillion scenic lighthouses. (only a slight exaggeration) And didja know? Bangor happens to be the home of prolific author Stephen King, as well as a bunch of very lucky Little Leaguers. King had a professional-quality baseball diamond built for them behind his house. Know what the locals call it? The Field of Screams. Isn't that perfect?

Okay, just a couple quick facts before we look at some pictures. Let's see, Maine is the only state comprised of a single syllable, and the only one bordered by a  single other state. (New Hampshire) The first ship built by English colonists was built there in 1607, the first sawmill opened there in 1623, and Togus, the country's first Veterans Hospital, opened its doors there in 1866. 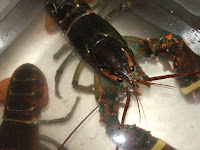 Everybody knows about Maine lobsters. But did you know nearly 90% of the nation's lobsters are caught off the coast of Maine? While we're talking numbers, Maine also produces 99% of the country's blueberries, and 90% of its toothpicks. 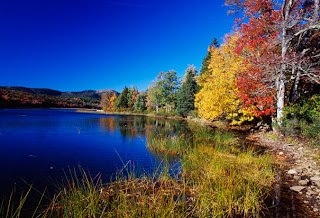 Acadia National Park is the only national park in New England, and from the pictures I've seen, it is absolutely breathtaking. The Pine Tree state also boasts 542,629 acres of preserved parkland overall, and  seventeen million acres of forests. (No wonder they can make so many toothpicks!) 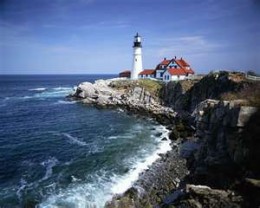 When all the bays and tidal rivers are included, Maine has 4568 miles of coastline. They also have more than sixty lighthouses, and 4613 islands larger than an acre. 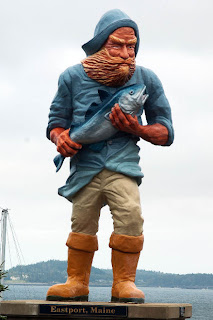 Eastport, Maine, is the most easternmost city in the United States, so it's considered the first place in the country to receive the sun's rays every morning. It is also the only U.S.-owned principality that has ever been under a foreign government. Following the War of 1812, British troops held the city from 1814-1818. 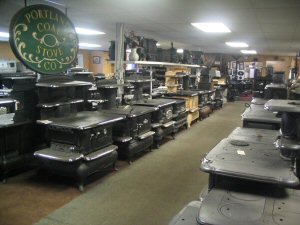 Wells & Son Cannery has been operating in Wilton since 1894, which may make it one of the oldest canneries in the country, but what makes it unique is WHAT they can. They import and can dandelion greens. That's their oldest product, but they also can beet greens and fiddleheads, which are the young furled fronds of certain ferns ... pickled in brine and vinegar, with garlic, bay leaf, and red pepper. I have a feeling all of these products may be somewhat unique to Maine. (Furled fern fronds ... that's quite the tongue-twister!) 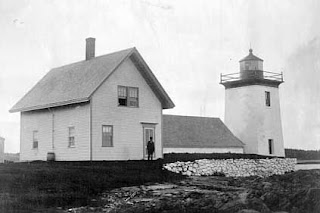 Grindle Point lighthouse, in Isleboro, first started shining its light in 1848, but was deactivated in 1934. The keeper's house became home for the Sailor's Memorial Museum four years later, and in 1987,  at the urging of the townspeople, the lighthouse was once again reactivated. 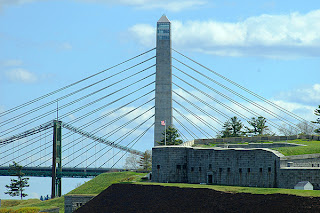 The Penobscot Narrows Bridge, located in Prospect, has a unique feature. See that tall structure? It's the tallest public bridge observatory in the world. An elevator whisks you up 420 feet, and you emerge, and then go up another two stories to take in a breathtaking 360 degree panoramic view of the entire area. 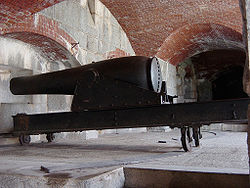 And not far from the bridge is the country's FIRST Fort Knox, built in 1844. It is one of the best preserved fortifications on the New England seacoast. Pictured is one of its remaining Civil War cannons. 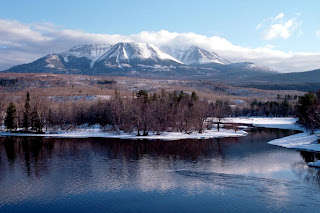 Here is the gorgeous Mt. Katahdin, which is 5271 feet high, and lies at the end of the famous Appalachian Trail.

And so, ya see, Maine is about a lot more than just 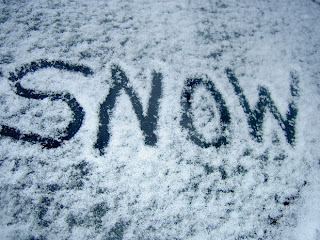 Okay, let's take a gander at some of the laws still languishing on the books in Maine.

*** Fritz Gall, an unsuccessful Austrian inventor, has found an inventive way to cash in on his long line of dud ideas. He got a big fat government grant and opened a museum of ... what else? Failed inventions. He and partner Friedl Umscheid have amassed quite a collection to fill their Museum of Nonsense, too. What kind of utterly useless creations are in this Austrian museum, you ask? Items like the portable anonymyser, which is shown in the picture. [Don't want to be recognized when you go out in public? No problem. Carry along  this handy-dandy black cardboard strip on a stick, and simply black out your eyes as needed.] Or, how about a pencil with no lead --- developed with cautious civil servants in mind, I understand, but it sounds like just the tool to use during those pesky bouts of writer's block. Got any use for a portable hole? How about a bristleless toothbrush --- for people with no teeth, of course. Get the idea? I dunno. Definitely sounds like my kinda place. 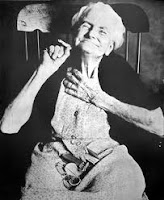 *** A 67-year-old grannie got off scot-free (or was that pot-free?) after she convinced a Pennsylvania court she had no idea those seven well-tended four-feet plants in her yard were (gasp!) marijuana. She claims a bearded stranger wearing a pointy hat gave her the seeds. So naturally, having no idea of who he was or what they were, she planted them in her back yard right next to her plot of tomatoes? Um, right. She says she wanted pretty flowers, but only got pretty weeds. Turns out, her weeds were ... weed? Who knew? Call me a skeptic, but something tells me ... she did. 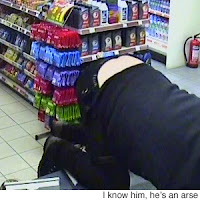 *** British police released this picture in the hopes that someone can help them ... er ... crack a case. The would-be thief's face was covered during a recent robbery attempt at a convenience store, so police are hoping someone can provide an ID based on this shot. Any identifying marks there that you can see? Me, neither, but like the caption says, I'll betcha he's a real arse.