Thought for the day:  Let the good times roll! 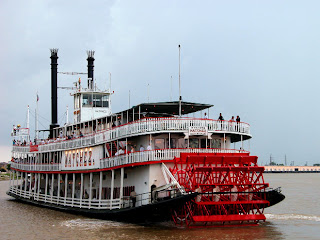 This week, we visit the only state with parishes instead of counties. It is also the only state with a thriving population of Cajuns, who are descendants of the Acadians driven from Canada in the 1700s because they pretty much said, "Kiss my derriere" when ordered to pledge allegiance to the king of England.

What can I tell you about this fine state? In 1803, the United States paid France the paltry sum of fifteen million dollars for the Louisiana Purchase, which encompassed an area 828,000 square miles, and nearly doubled the size of the country. What a deal, huh? However, Louisiana didn't become a state until 1812, and since then, it's had eleven constitutions and five different capital cities. Guess lawmakers wanted to get it right, huh? In a nod to the state's French roots, Louisiana is the only state whose laws make reference to the Napoleonic Code. 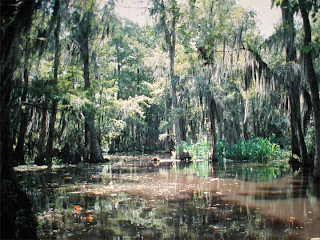 There's more than 6084 miles of water surface throughout the state, including more than a whopping 41% of the entire country's coastal marshlands. Marshes, bayous, rivers, and the gulf ... it's no wonder the state claims to be crawfish, frog, and oyster capital of the world. Fish, shrimp, and crabs are plentiful, too, so fresh seafood fills the menus in just about every restaurant.

And speaking for every restaurant we sampled in New Orleans, it is all GOOD, too. No, better than good. Excellent.


Whenever my hubby told me about an especially good dish he'd had on his business travels, I'd attempt to replicate it for us at home. Like the blackened red fish he raved about when he came home from Louisiana. I found what sounded like a great recipe, bought the fish, mixed the spices, and gave it a whirl. Ran into a major problem. The fish is dipped in melted butter and coated with the spice mixture ... no problem. Big iron skillet ... no problem. Skillet super-heated ... again, no problem. But when the fish is added to the super hot skillet ... big problem. I'm talking mind-boggling billowing clouds of thick smoke. So thick, you can hardly breathe. So much of it, the entire house filled with it. The smoke alarms screamed bloody murder, and I'm telling ya, if we would've had a sprinkler system, it would've immediately whammed into overdrive.

But the fish tasted awesome.

Lesson learned, though. All subsequent blackening was done outside.

If you're interested in some excellent recipes for genuine Cajun cooking, provided by a genuine Cajun gal, check out Marguerite's terrific blog. Her recipe for bread pudding with a caramel rum sauce is a killer. Best I've ever tasted. 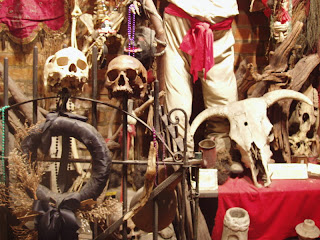 As mentioned a couple months ago, New Orleans has a Voodoo Museum, but the state also has a host of other museums, too, like the National D-Day Museum, honoring WWII vets and their service, and the Confederate Museum. 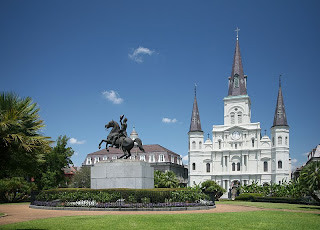 Jackson Square is located in the heart of New Orleans, and is usually a hub of activity, with artists painting and displaying their works, and street musicians, jugglers, and dancers providing entertainment. We encountered a little boy there who said to my husband, "I betchoo five dollars I can tell you where you got dem shoes." Now, my hubby is a brilliant man, and not one to be easily hoodwinked by anyone, so with deep skepticism, he replied, "You're going to tell me exactly where I got these shoes?" "Yes, suh," the boy said. "EXACTLY where." "Okay, you're on," my husband said. The little boy grinned and said, "Easy! You got dem on your FEET, mistah!" What can I say? We laughed, and my hubby forked over the five bucks.

Jackson Square is named after Andrew Jackson, who led the successful defense of the city in the 1812 Battle of New Orleans. You've probably heard about this battle, but did you know it occurred two weeks after the War of 1812 had officially ended? And it was another month after that battle before news of the war's end actually reached Louisiana. (No Internet back then.)

There are two kinds of music readily associated with Louisiana: 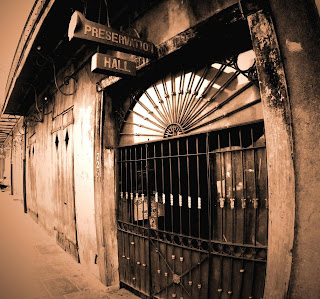 First, there's my personal favorite ... jazz. Preservation Hall, pictured at the left,  was founded in 1961 to protect and honor New Orleans jazz, and though it may not be much to look at, the sounds emanating from this place truly stir the soul.


Don't believe me? Take a listen for yourself: 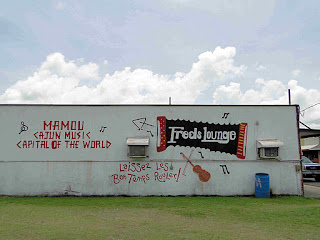 The other distinctive music of Louisiana is, of course, Cajun music, which is my husband's favorite. Mamou is the Cajun Music Capital of the World, and musicians who've played at the inauspicious Fred's Lounge have successfully expanded the audience for Cajun music far beyond Louisiana's borders. 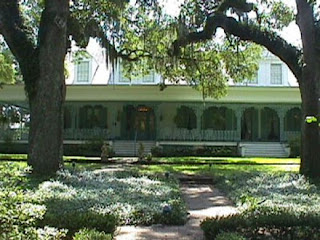 The house considered to be America's most haunted is found in Louisiana. At least ten murders have occurred at the Myrtles Plantation since it was built on Tunica Indian burial grounds in 1796.  The plantation is now a B&B, so if you want to test your mettle against the supernatural, this place may be a natural choice for you. Youtube has a mess of videos taken by some of the people who've attempted to spend the night here. Some succeeded, while others headed for the hills in the middle of the night.


This video gives a little background information about this most-haunted location:

Finally, before going on to pick on the laws, we've gotta say something about Mardi Gras, right? 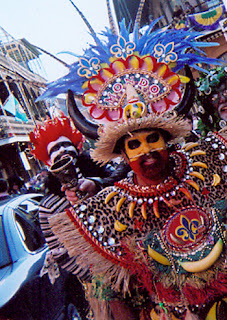 Mardi Gras, or Fat Tuesday, is the last day of revelry before the next day's start of Lenten season. (Ash Wednesday) But did you know Carnival begins on the sixth of January? Beginning on that date, dozens of parades are held, until the celebration enjoys its last hoorah on the day of Mardi Gras itself. A multitude of different krewes host parades and/or balls throughout carnival season, and each krewe selects its own theme, costumes, and throws. Parade participants throw all kinds of things like beads, cups, doubloons, and stuffed animals. Since I'd never been there for Mardi Gras, I had the misconception that it was a bawdy, drunken party where questionable activities go on in exchange for a string of pretty beads. Not so. None of the parades even go down Bourbon Street, which is usually the center for those questionable activities and behaviors. The official parades and celebrations are actually family-oriented. And essentially, a Christian celebration.

Here's one last video, in case you'd like to take a peek at some highlights from the 150th anniversary of Mardi Gras, held in 2006. By the way, since 1875, Mardi Gras has been a legal holiday in Louisiana, so many high school marching bands participate in the day's parades.

Okay, time to take a look at some of the laws still languishing on the books in the fine state of Louisiana. 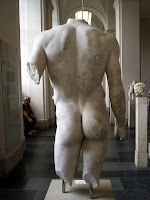 ***  No question about it, some bare bottoms deserve to be in a museum. Others? Not so much. I dunno. Maybe this "lady" thought she was an art critic. Maybe she's not a fan of abstract expressionism. This gal, 36-year-old Carmen Tisch, didn't merely express her opinion about Clifford Still's thirty plus million (that's MILLION) dollar painting, found in a Denver, Colorado gallery. Oh no. She punched it. Scratched it. And that was just for starters. Then the tattooed miss dropped her pants and rubbed her bare backside all over the canvas. (I guess she reeeeeeally didn't like it!) Needless to say, after doing an estimated ten thousand dollars worth of damage to the painting, she is now cooling her heels in the local hoosegow. And yes, an overabundance of imbibed adult beverages was indeed a factor in her bizarre behavior. Perhaps she should consider changing her name from Tisch to ... Tush? 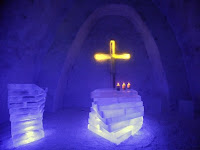 *** I don't reckon the preacher better give any fire and brimstone sermons in THIS church. He may save some wandering souls, but he might also bring down the house ... er, the church. You see, it's built entirely out of ice and snow. More than one hundred years ago, town authorities denied the formal request made by villagers of  Mitterfirmiansreat, Germany, who wanted permission to build a traditional house of worship. So, as an act of protest, the miffed villagers opted to go UN-traditional. Snow and ice fit the bill, and villagers have continued with this tradition every year since. This year's structure, dubbed God's  igloo, cost more than two hundred thousand dollars to build, is sixty-five feet long, and contains forty-nine thousand cubic feet of snow. (And you thought it was nippy in YOUR church last week ...)