On Raising the Dead

Thought for the day:  Life and death appeared to me ideal bounds, which I should first break through, and pour a torrent of light into our dark world.  Dr. Victor Frankenstein

The thought for the day could very well have been uttered by Dianne Salerni. Not that she created scary monsters from bits and pieces. No, nothing as sinister as that. What she did is dust off the bare bones of people from the past, put flesh on them, breathe air into their lungs, pump blood through their bodies, and give them substance and emotions. Her book We Hear the Dead successfully floods the dark past with a torrent of light, and makes a somewhat obscure history sparkle with renewed life. Essentially, in telling this tale about the Fox sisters, spiritualism, and talking to the dead, she masterfully raises these characters from the dead, and makes them live again.


The mysterious rapping began as a devious plot to drive away an unwanted house guest, but as rumors spread, and more and more people crowded into their bedroom to hear the spirits, young sisters Katie and Maggie simply gave the people what they wanted to hear. When older sister Leah discovered their chicanery, she coerced them into continuing the fraud on a grander scale, with more sophisticated tricks, and her, of course,  in charge ... charging clients a fee. Thus began the spiritualism movement. And, believe me, not everyone was happy about it, either. The girls were as likely to be met with shotgun fire or a vat of hot tar as they were with a shower of accolades. Theirs is a fascinating tale, from the descriptions of their tricks of the trade, to the agonizing choice Maggie has to make between the way of life she knows with her family, and the uncertainty of life waiting in a remote location for  the man she loves, Elisha Kane, a celebrated Arctic explorer ... whose wealthy family wants nothing more than to keep a common guttersnipe like Maggie out of his life.

Frauds, one and all, right? Maybe. Maybe not. You'll have to read the book, and decide for yourself. But I can tell you one thing. I don't need a Ouiji board to make a sure-fire prediction ... you're gonna love this book. 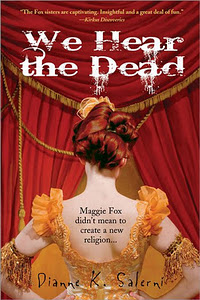 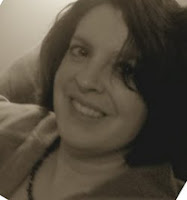 After finishing her book, I had some questions for Dianne, and she most graciously provided the answers.


Q: Of all the obscure, potentially interesting stories to be found in the history books, why this one? How did you find out about the Fox sisters, and what drew you to their story?
A: I didn't start out to write a historical fiction book. I was researching seances and mediums with a vague idea about writing a humorous story about fraudulent mediums.  But the story of the Fox sisters kept coming up in my research, and the idea that the entire spiritualist movement began with two girls aged 14 and 11 fascinated me.  So, I bought a biography of the Fox sisters, Talking to the Dead by Barbara Weisburg.  By the time I got to the part about Maggie Fox's star-crossed romance with Arctic explorer Elisha Kane, I was hooked.  I knew I wanted to novelize Maggie's story.
++++

Q: How much of your book is based on historical facts, and how much on imagination?
A: Everything that happens in We Hear the Dead really did happen, based on historical record.  Where my imagination came into play was deciding WHY it happened and HOW it happened.  The girls lied; their sister lied; their clients lied to save face. Elisha's family claimed he was never seriously involved with Maggie; his letters suggest otherwise.  I fictionalized the story to emphasize the dramatic elements -- and to fill in the gaps where nobody wanted to tell the truth!
++++

Q: Was your research fairly easy-going, or was it difficult to find information about the Fox family?
A: There are several biographies on the Fox sisters and also on Elisha Kane, so it was easy to find information on their lives.  I even acquired Kane's book Arctic Explorations and got to read about his adventures in his own words.  There were gaps, as I mentioned -- places where information is missing.  I don't REALLY know how Maggie got out of Troy when those men tried to kill her, for instance.  But I know my explanation fits all the facts. It might even be true!
++++

Q:  Is it true a movie is in the works, based on your book? And you're doing the screenplay yourself?
A: There is a film option on the book, which doesn't guarantee a movie will be made.  And I did, in fact, write a screenplay which has also been optioned and is currently making the rounds of submission in Hollywood.  There is a lot of "might" and "if" involved in this process, and I've already had a near miss once.  But anybody who wants to keep their fingers crossed for me -- I'll appreciate the good wishes!
++++

Q: What's next? Can we look forward to more books from you that make history come alive?
A: My next book, The Caged Graves, will be published by Clarion Books. I don't have a release date yet, but Goodreads predicts 2013, and who am I to argue with Goodreads?  The Caged Graves is also historical fiction.  The story was inspired by two real graves in an abandoned cemetery in Catawissa, PA that are surrounded by iron cages.  The women buried there were sisters-in-law who died within a couple days of one another in 1852.  Local historians have been unable to determine why their families thought it necessary to enclose the graves in cages -- so I had free reign to write their story any way I wanted!
++++

Q: Anything else you'd like to add?
A: Just that I'm thrilled you enjoyed my book!  Interestingly enough, I was recently contacted by a descendant of Elisha Kane -- his great great great niece -- who read We Hear the Dead.  I held my breath, but turns out she liked my portrayal of Elisha and didn't mind the terrible things I said about the rest of his family. Phew!  It does make me wonder who might turn up, claiming a relation to the women in those graves some day ...

Thanks so much, Dianne, and you betcha we have our fingers crossed for your book's screenplay  making it to the big (or little) screen. Either way, it'd make a terrific movie!

And now, folks, to pique interest in her next book, Dianne's provided some intriguing pictures.