Thought for the day: Acupuncture is a jab well done. 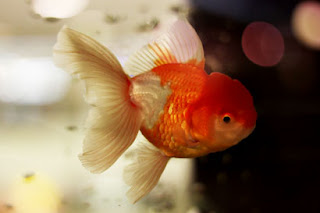 Some people are pet people; some people aren't. Some people shudder at the thought of sharing their homes with creatures of any kind, but me? I can't imagine NOT sharing our home with a long procession of of furry, scaly, and feathered friends. When I was a kid, we always had at least one dog. We had a cat for a short while, too, but my mother hated cats, and since she was there first, the cat had to go. We had parakeets and canaries and finches, who'd give us bird kisses, eat from our hand, drink from a dripping faucet, and occasionally fly around the house, shedding feathers and dropping poop bombs. Thanks to my brother, we also had black widow spiders, snakes, wild turtles, and various injured wild animals, who'd stay with us until they were well again. So, in my experience, animals were a natural part of life.

On the other hand, my husband wasn't raised with pets. He did have one for a short while, and it was a box turtle, which mostly stayed in a cardboard box in the back yard, until he pulled it out to serve as the tank while he played with his toy soldiers in the grass. So it's understandable that after we were married, our opinions regarding the proper place for pets in our lives were somewhat divergent. He had the foolish idea that a dog's place was in the back yard, with his very own house. My idea was that said dog was a member of the family, and belonged with the family. In our house. On our laps, on our sofa, in our beds.

I won. Over the years, we've had all kinds of pets, and the furry ones were all inside pets, and members of the family. And all of the pets, from the littlest to the biggest, from the scaled to the feathered, taught me lessons. Like the fish. I started out with goldfish in a largish goldfish bowl, then moved to a 5 gallon tank with a variety of fresh water fish, then a 10 gallon tank, and our older son had a salt water tank in his room. What in the world can you learn from having fish in your home? I'm glad you asked.

Okay, that's enough pontifications for a beautiful Saturday afternoon. Time to feed the cats. But first, how about you? Are you a pet person? They're the sweetest icing on the cake, aren't they?

Weirdest news story of the week: Sheridan Simove, a British writer, finally found marketing success with his latest book. On Amazon.com this week, his book outsold both the Harry Potter books and The DaVinci Code. Impressive, huh? His book, entitled What Every Man Thinks About Apart From Sex, has a fine cover ... and  200 blank pages. (Now, why didn't I think of that?)
Posted by Susan Flett Swiderski at 1:34 PM