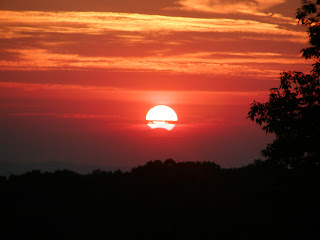 Thought for the day: The early bird may get the worm, but the second mouse gets the cheese.

Geez, never did get around to posting a blog yesterday. Thought about it, though, if that counts. No, huh? Ok, so here I am today, determined to pound out something on the keyboard before another sunset.

I read somewhere that 42.7% of all statistics are made up on the spot. Could be. Could even be more. Back in the dark ages, I worked in a medical lab. We had to do some clinical stuff, but the meat of our work was in research, and since a number of the doctors had to publish research papers periodically in order to maintain their grants, let's just say that it was definitely in their best interests to produce predictable results. So, in essence, they came up with a theory, and we lowly technicians were expected to provide the data to prove it statistically. And ya know what? If you throw out enough data points, you can prove darned near anything. To tell the truth, it was never something I was entirely comfortable with doing, but since none of the work we were doing was life-and-death, I learned to let it go. (You can only get away with arguing with your bosses for so long ...)

So, what's that have to do with anything? Well, after conducting massive research, reading  hundreds a handful of blogs, I've concluded that we writers have a lot of things in common. Here are the startling statistics:

95% of us started reading at a very early age, and continue to be heavy readers today
90% of us started writing our own stories as children
85% of us are cat and/or dog lovers
80% of us are tea drinkers
75% of us enjoy (ahem) adult beverages
70% of us hear voices in our heads
BUT
100% of us doubt our own abilities.

It's true. Even the famous and oft-published are sometimes plagued with doubts. Ok, so I made that other stuff up, but I'd be willing to bet the self-doubt part is true. It isn't just us unpublished who sometimes suspect our work is a big pile of dog poo. We all do, at one time or another.

And in that, I somehow find some comfort.

So, keep on keeping on, people. Success could be just around the next corner. I'd say there's a 50% chance for it.


+++
No trees were killed in the sending of this message. However, a large number of electrons were terribly inconvenienced.
+++