Thought for the day: Howcum slim chance and fat chance mean the same thing, but wise man and wise guy are opposites?

I guess you heard that the space shuttle returned home today. Its last hurrah, too. But did you hear about the gypsy lady who was waiting for them there at Cape Canaveral when they landed? 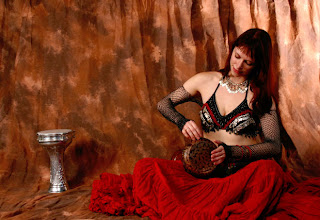 She insisted that she was there to talk to the spirits, and didn't want to leave until she did. The officials, naturally, chased her away, saying, "This ain't rocket seance, lady!"

OK, so maybe that isn't exactly the way it went down. I'm just in one of those weird kind of moods.

It's another rainy day here in the alleged sunny South. Not  pitter-patter rain, either. It's more of a open up the sky and dump out so much water so fast, it chokes the frogs kinda rain. The kind of day I should've stayed inside. Didn't. Couldn't. It's senior discount day at Publix.

Oh, it's not like I'd crawl through broken glass to save a couple bucks, but I don't mind putting off buying bananas for a couple days just so I can hit the grocery store on a Wednesday.

Publix was filled with other (ahem) wonderfully mature people. And in spite of the fact that we all bore a striking resemblence to a bunch of drowned rats, everybody was in remarkably good spirits, even though the whole darned store had been completely rearranged since last Wednesday. I did see one man wandering around like Moses in the wilderness, though. Poor thing.

But, surprise! As it turned out, I actually like the new layout. And tell ya what, as long as the signs at the end of the aisles are correct, we'll eventually find what we're looking for.

It sure would be nice if all the changes in our lives were accompanied with signs that pointed the way, wouldn't it? If our lives came with a table of contents, so we'd have an inkling of what to expect? Oh, and how about this ... how about if babies came with an instruction guide? Man, I really could've used one of those.

Or maybe we'll just have to catch up with that gypsy ...

OK, enough nonsense. This is NOT a day for posting a bunch of silliness. It's a day to curl up with a good book. To take a nap. 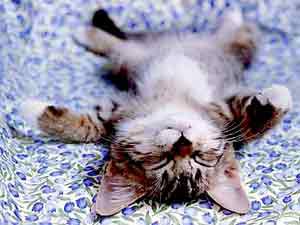 Crap. Looking at the clock, I'd say it's actually time to get out in the kitchen and rattle some pots and pans. Where DOES the time go? I've decided that time must be logarithmic. Know how your gas gauge goes down faster once you get below half tank? Same kind of effect. All I know for sure is, they sure don't make a year as long as they used to.

Until next time, take care of yourselves. And each other. (And if you can, by George, take a nap!)
Posted by Susan Flett Swiderski at 5:34 PM