Thought for the day: Are the people who jump off Parisian bridges in Seine? 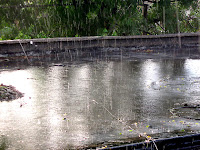 It's a rainy day here today, and not a moment too soon, I might add, because the pollen was getting to be as high as an elephant's eye. It'll be nice to go outside later and breathe without having to chew first.


Know what yesterday was? Procrastination Day. No kidding. It was started by a Frenchman named David d'Equainville, who says that sometimes the best button to press on our high tech gizmos (and our lives) is the pause button. Think about it. For just one day, no frantic fast forwarding, no rewinding, no sweating all the nitty gritty details, no insane clock-watching or rushing to meet a deadline. I would've told you about it yesterday, but you know how it is. In honor of the day, I decided to put it off. (I'm sure Mr. d'Equainville would approve.)

A great big shout out to Linda: thanks to you, I'm no longer just tooting; I've jumped into the tweeting arena. Thanks for the friendly push. Now, it's sink or swim time.

In New Zealand this past week, a bird had the audacity to poop right on top of some poor fellow's head. In Baltimore, where I grew up, sea gulls and pigeons are almost as numerous as people, so being blessed by a bird is a fairly common occurence. (and pee-in-your-pants funny as long as it's happening to somebody else)Anyway, this gentleman's friends told him it was a good luck sign, (probably AFTER they dried their pants...) so with the (ahem) blessing still adorning his head, he bought a lottery ticket. And won. In fact, that lucky man won a hundred thousand dollars! Pretty cool, huh? Remember that old saying, "If the shoe fits, wear it"? Consider this: ya think that luck-bestowing bird might've been a rare never-before-seen foo bird? Think about it ... 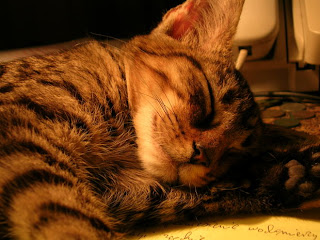 OK, time to do something industrious. Like take a nap. (Never got around to it yesterday ...)


+++++++++
Wackiest news story of the week:  Ft. Wayne, Indiana authorities  ran an online poll to let the people pick the name for the new government building that was about to open, but then the dastards completely ignored the results of that poll. Rather than name the building after a former mayor, as suggested by the wide majority, the authorities chose to name the building Citizen's Square. Rather generic, yes, but not as likely to incur ridicule. You see, the former mayor's name was Harry Baals.