Thought for the day: Know what junk is? It's something you keep for years and years, and throw away a week before you need it.

Do you tend to make mountains 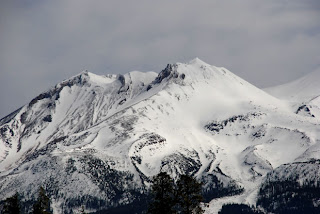 Or are you more like me, with a Don't sweat the small stuff attitude? I survived childhood by refusing to let anything get to me. My husband was pretty laid back when we first got married, too, but then he was sent to Vietnam, and he survived his combat tour there by sweating everything, by being hypervigilant and paying attention to every single detail around him. He wasn't entirely in disagreement with my idea of not sweating the small stuff; the problem was, when he came back home, he didn't consider anything small enough to be insignificant. As you might imagine, having outlooks that were such polar opposites led to a bit of conflict in the early years of our marriage, but in time, I learned to pay more attention to the details, and he's learned to relax. A little.

In writing, though, I think we should sweat the small stuff, and pay attention to all of the the nitty-gritty details. To capture the imagination of our readers, specifics will trump generalities every time. Why say "bird" when you can say "robin", "crow", or "eagle"? Spelling matters. Grammar matters. Syntax and the proper use of capitalization matters. If you doubt the latter, consider this sentence: I helped my Uncle Jack off his horse. Now remove the capital letters. Big difference, eh?

Wackiest news story of the week: A New York artist has allegedly been conducting a little Happy Meal experiment for the past six months . Said meal has been sitting unrefrigerated all this time, and so far, she says, there's no signs of decomposition. What's more, she claims to know of a teacher who's been conducting a similar experiment with a Mickey D burger for the past twelve years. The good news? Maybe it's safe to eat those fries you found behind the sofa cusion, after all ...

Posted by Susan Flett Swiderski at 11:13 AM