Thought for the day:  The best car safety device is a rear-view mirror with a cop in it.  [Dudley Moore] 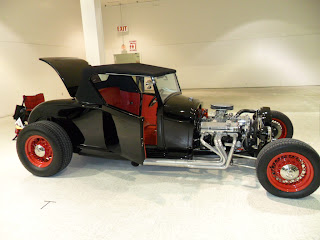 This past weekend, the Atlanta Police Department sponsored a terrific indoor car show with the rather nifty title of Cops and Rodders.

How about a quick look-see?

The car has become a secular sanctuary for the individual, his shrine to self, his mobile Walden Pond. [Edward McDonagh] 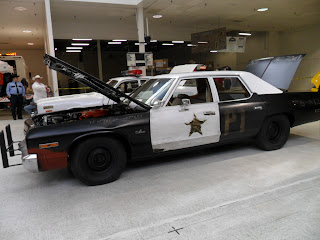 Recognize this vehicle? It's the Bluesmobile. (You know, as in the movie The Blues Brothers?)

Oh, and see anybody you recognize towards the back of the picture? Yup. Boss Hogg and Sheriff Roscoe P. Coltrane from The Dukes of Hazzard. 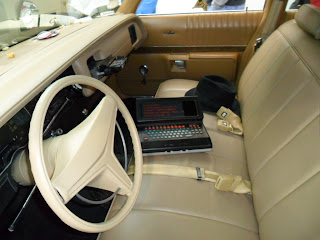 Here's the interior of the Bluesmobile. Check out the old computer and fedora on the seat. (There was also enough trash and scattered cheetos lying around to make you expect John Belushi to pop up any sec, too.)


Any man who can drive safely while kissing a pretty woman is simply not giving the kiss the attention it deserves.  [Albert Einstein] 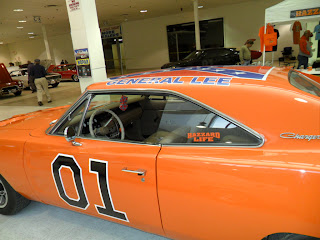 Now, ya know if Boss Hogg and Sheriff Roscoe P. Coltrane were around, the General Lee had to be there, too.

This is the official one that travels all over the country for shows. There's a group called Hazzard Life that sells all kinds of memorabilia from the show and dresses up as the characters. One of the guys works for Ben Jones, and I'm thinking this General Lee actually belongs to Jones. 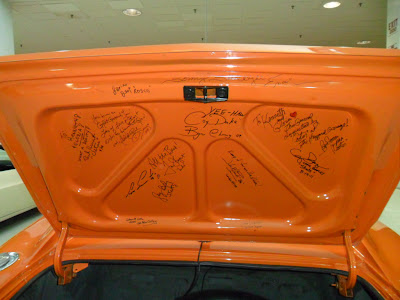 
In less enlightened times, the best way to impress women was to own a hot car. But women wised up and realized it was better to buy their own hot cars so they wouldn't have to ride around with jerks. [Scott Adams] 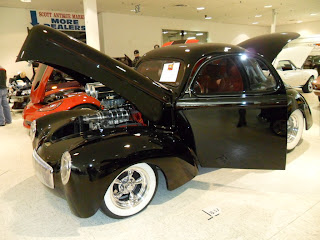 Spiffy looking car, isn't it? A Willys, I think, but I could be wrong. 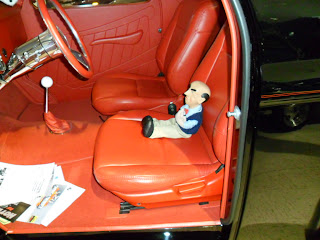 And HEY! Looks who's in the driver's seat! Walter!
(One of Jeff Dunham's puppet characters.)

I know a lot about cars, man. I can look at any car's headlights and tell you exactly which way it's coming.  [Mitch Hedley] 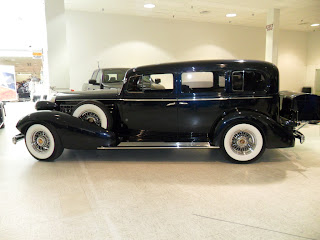 Doesn't this car just oooooooze luxury? It's unbelievably quiet, too. It drove up right behind me, and I didn't a thing.

Eighty percent of the people in Britain want more money spent on public transport -- in order that other people will travel on the buses so that there is more room for them to drive their cars.  [John Selwyn Gummer] 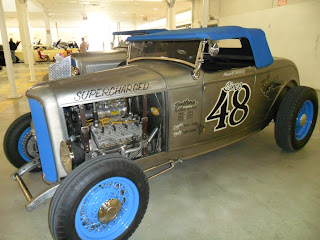 Can you tell I'm kinda partial to hot rods? (THIS car I could hear!)

A man goes into a parts store and asks the guy behind the counter if he can have a windshield wiper for his VW. The parts man considers for a minute, and then says, "Yeah. That seems like a fair swap." 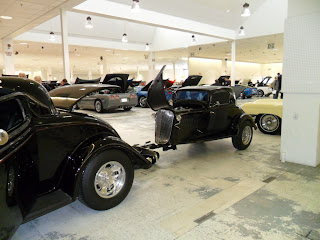 Now, how cool is this? Not just a hot rod, but a hot rod with a hot rod trailer!


When buying a used car, punch all the buttons on the radio. If all the stations are rock and roll, there's a good chance the transmission is shot.  [Larry Lujack] 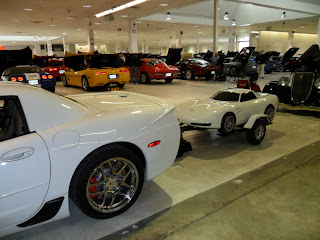 A Corvette ... with a little tyke's Corvette in tow.


When a man opens the door of his car for his wife, you can be sure of one thing: either the car is new, or the wife is. 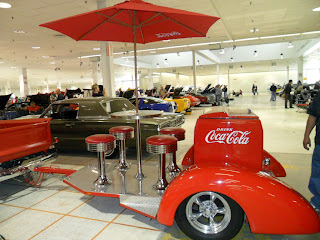 Whatcha think of this trailer? The folks who drive the vintage Ford pick-up towing it don't have to worry a bit about finding a place to eat alongside the road.


And I, I took the road less traveled by. I was using a GPS system. [Robert Brault]

Definition of GPS? It's a device that allows you to get lost with greater precision. [Me] 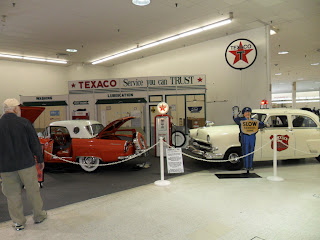 
A traffic tie-up consists of you -- and people who for some reason won't use public transport. [Robert Brault] 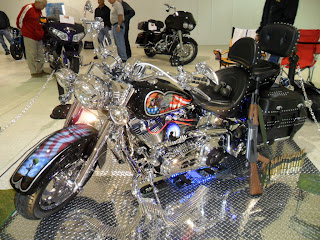 This is an award-winning bike. Reminded me a bit of some of the themed bikes the guys on American Chopper used to build.

With all the chrome, rivets, and neon, it was much too flashy for my taste, but the sentiment behind the specialty build was admirable, and the paint job was amazing. 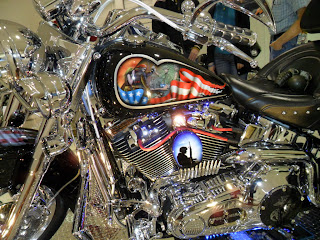 Here's a closer shot of the gas tank. On top of the tank is a painting of a purple heart.


Patience is something you admire in the driver behind you, and scorn in the one ahead.  [Mac McCleary] 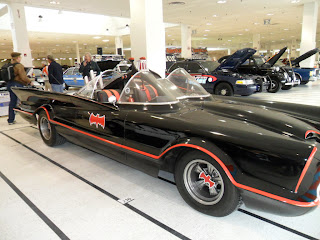 
Okay, enough. Suffice it to say it was a super show, and it also raised a ton of money for the Special Olympics. Win-win. Oh, and a National Guard band called Camouflage played rock and roll music all day. What can I say? It doesn't get much better than that.

One last comment: Never drive faster than your guardian angel can fly.