Thanks, But I Prefer Chocolate

Thought for the day: I think I know why the snowmobile was invented in Minnesota. It's because they needed a better way to get to their Independence Day celebrations. (Pssssst! It ain't CORN that's knee-high there on the fourth of July!) 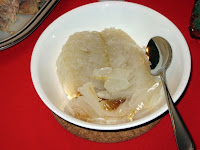 Well, there's also a joke saying the name actually came from the Sioux language, and means something akin to stupid palefaces who soak fish in lye.


And some of them really do soak fish in lye. What's more, they EAT it. Because of its large population from the Nordic countries, the traditional dish of  lutefisk can still be found in Minnesota. And eaten, if you dare. In his book Pontoon, Garrison Keillor had this to say about this ... er ... delicacy:


Lutefisk is cod that has been dried in a lye solution. It looks like the desiccated cadavers of squirrels run over by trucks, but after it is soaked and reconstituted and the lye is washed out and it's cooked, it looks more fish-related, though with lutefisk, the window of success is small. It can be tasty, but the statistics aren't on your side. It is the hereditary delicacy of the Swedes and Norwegians who serve it around the holiday, in memory of their ancestors, who ate it because they were poor. Most lutefisk is not edible by normal people. It is reminiscent of the afterbirth of a dog or the world's largest chunk of phlegm.


Yum, huh? So, have any of you actually tried this Nordic delicacy? (Linda???) One last thing about this dish, which I find mildly amusing. Although it originated in the Nordic countries, very little of it is consumed there any more. It's the descendants who've moved to the U.S. and Canada who are still eating the stuff.

Okay, time for some pictures:


The Mall of America, located in Bloomington, is the size of seventy-eight football fields, and covers 9.5 million square feet! 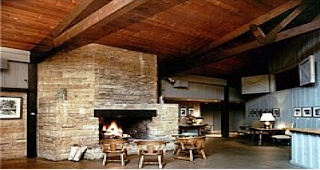 Minneapolis is home to the oldest continuously running theater in the country, the Old Log Theater. At left is a picture of its interior. 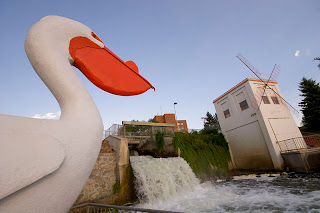 Pelican Pete, found in Pelican Rapids, is the world's largest pelican. Built in 1957, this concrete pelican stands fifteen and a half feet tall, and consumes concrete fish four feet long. (Just kidding about the fish.) 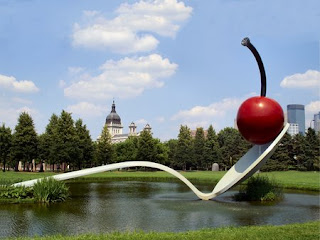 The Minneapolis Sculpture Garden is the largest urban sculpture garden in the country. Dontcha love that spoon bridge? And that cherry ... I guess it's like the ... um ... like the cherry on top. 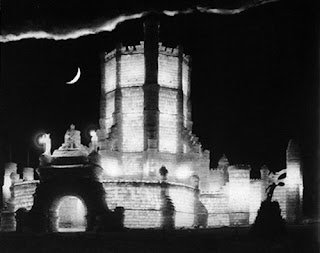 In 1885, a New York reporter said St. Paul was another Siberia, and unfit for human habitation in the winter. To prove him wrong, St. Paul held a Winter Carnival. Pictured is the fourteen story ice palace St. Paul residents built at that first festival. It covered an entire acre. That ice palace is long gone, but the winter festivals continue as an annual event. 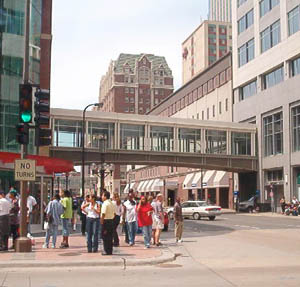 Not saying the New York reporter was entirely correct about the Siberia-like weather, but Minneapolis does have an extensive skyway system, designed to protect residents from the non-Miami-like elements. The system connects 52 blocks, and makes it possible for residents to eat, work, shop, and sleep without ever risking frostbite by sticking their delicate little tootsies outside.

The Aerial Lift Bridge, the country's first aerial ferry, was put into operation in 1905 over the strip canal between Duluth and Minnesota Point. It can hold six automobiles at one time. 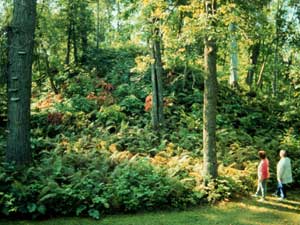 Where the Big Fork and Rainy Rivers meet on the Canadian border near International Falls is the largest Indian burial mound in the upper midwest. One of the mounds at Grand Mound Historic Park is nearly three stories tall, and the Laurel Indian remains contained within the mounds date as far back as 2200 years. Although this site was a tourist attraction for many years, it was permanently closed in 2007, with the (better-late-than-never) acknowledgement that Native Americans consider this a sacred place. 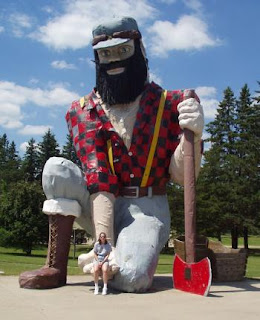 You know who this guy is, don't you?  That's American folklore hero Paul Bunyan. This statue can be found in Akeley, and the folks there claim it to be the largest Bunyan statue in the country. In the kneeling position, he measures twenty feet tall, but if he were to stand UP, why he'd be at least thirty-three! 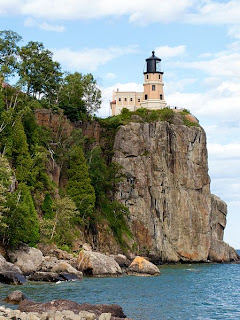 With more than fifteen thousand lakes measuring more than ten acres in size, Minnesota has 90,000 miles of shoreline, which they claim is more than California, Florida, and Hawaii combined. I don't know about that, but they DO have a lot of water. And a lot of lighthouses. The one at left is the Split Rock Lighthouse, and it's located on the clifftops above Lake Superior. Built in the 1920s, it is now a national historic landmark. 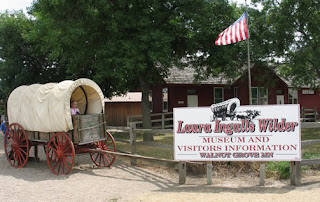 Ever read any of  The Little House on the Prairie books? Walnut Grove, author Laura Ingalls Wilder's childhood home, is home to a museum bearing her name. 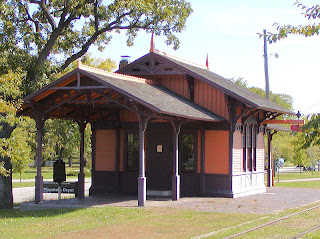 I included this circa 1875 train depot picture for two reasons. First, for its design, and second, because I LOVE the name of the town. This is the Minnehaha depot. (Think they only tell little jokes there?)

Okay, enough pictures. It's time to take a peek at some of the laws still loitering on the books in the Land of Sky Blue Waters.


*** Evidently, a rare lizard from the Cape Verde islands wasn't content with his life in the dirt, so he hitched a ride out of town on an airplane. After surviving a 3000-mile flight inside the plane's frigid baggage hold, the little guy ended up taking another sort of spin entirely. You see, the tourist who unknowingly carried the freeloader home in her baggage also unknowingly tossed said freeloader into the washing machine with her dirty laundry. Believe it or  not, the resistant little booger survived. Any lizard with such staying power deserves a name, and now Larry the Lizard has a new home, too. He's now a resident of the Tropiquaria Wildlife Park in England. Poor Larry. If he were in the U.S., what with all his experience with baggage, dirty laundry, and spin, he could run for president.

*** Valentine's Day is right around the corner. Are you ready? Have your favorite aphrodisiac all set up for the Big Day? You know ... oysters (Shucks! I had a dozen, but only six of 'em worked!) ... chocolates (MY choice!) ... champagne (That's okay, too)  ... bull testicles ... HUH?  Uh, yeah. British chef Charlie Bigham, whose specialty for the past fifteen years has been preparing delicious hand-made meals for two, says his new Cock & Bull Pie provides just what it takes to enhance your romance. In addition to the aforementioned testicles, these pies also include high-quality steak, Mama Juana liquor, and ginseng, all wrapped up in a melt-in-your-mouth flaky crust. Before you get too cocky and poo poo this notion as being ridiculous, may I remind you that folks in India and China have been touting the libido-lifting qualities of these testosterone-packed testicles for years. So, who knows? Maybe there's something to it. If you lucky Brits reading this want to find out for yourself, you'd better hurry. They'll only be available for a short time. You can even order them online  So, hurry, you don't want to miss out on this wonderful opportunity to bond. (After dinner, the mister can oh-so-tenderly hold his lady's hair away from her face while she barfs ... )

*** Here's an unusual love story for you. A ram and doe at a Chinese wild animal park are getting married on Valentine's Day. This love-struck couple has been an item for quite some time, and would become despondent whenever keepers tried to separate them, so the zoo decided to throw the critters a wedding. They've already been ... uh ... honeymooning ... on a regular basis, but now their bliss will be legalized in front of a bunch of paid ticket-holders. Hmmm, if these two create an offspring, what do you reckon they'll call it?